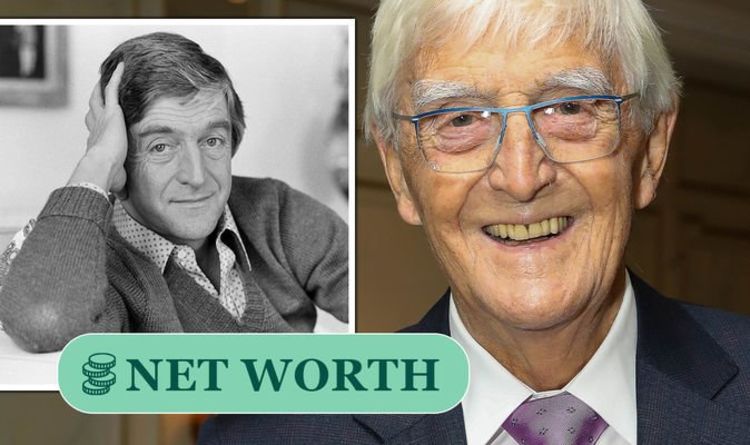 Parkinson at 50 will air tonight on BBC One at 8:30pm. The documentary-style programme will mark the 50th anniversary of the celebrity chat show that made Michael a household name, delving into the archive to pick out footage of some of his best interviews.

Michael began working as a journalist on local newspapers immediately after leaving school.

He later wrote for the Manchester Guardian and on the Daily Express in London.

During the 1960s, the Yorkshireman moved from writing to broadcasting.

He worked on current affairs programmes for the BBC and was one of the reporters and presenters on BBC One’s Twenty-Four Hours from 1966 to 1968.

He then presented Granada Television’s Cinema, during which he conducted his first celebrity interview, which was with Laurence Olivier.

In 1971, Sir Michael was given his own chat show, Parkinson.

During the years that followed, up until the end of the programme in 2007, Michael interviewed 2,000 of the world’s biggest celebrities.

The broadcaster has also appeared on other TV shows and even films, including the Australian soap Neighbours and Richard Curtis’ Love Actually.

As for radio, Michael took over BBC Radio Four’s Desert Island Discs for the 1986 series, following the death of its creator, Roy Plomley.

The 86-year-old stayed there for three years before handing over hosting duties to Sue Lawley.

As well as the Daily Express, Michael has written for the Sunday Times, Punch magazine, and the Daily Telegraph.

In 2008, he published his only book, Parky: My Autobiography.

Michael was invested as a Commander of the Order of the British Empire (CBE) by Prince Charles in November 2000 for services to broadcasting, and was made a Knight Bachelor in the 2008 New Year’s Honours List.

The broadcasting legend is married to Mary Agnes Heneghan, and the couple have three children, Andrew, Nicholas, and Michael Jr.