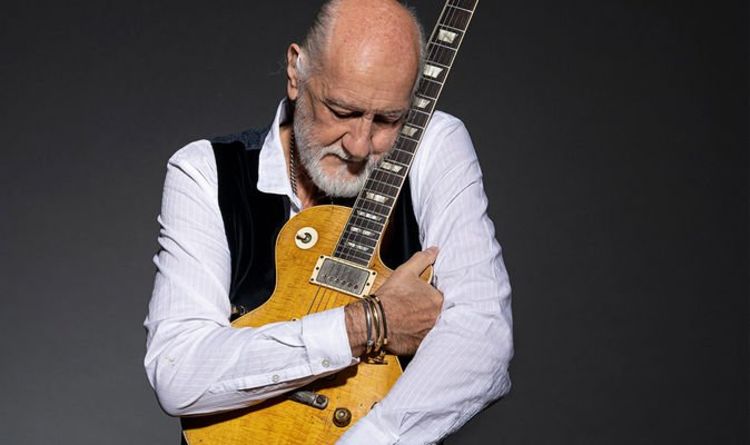 Now, after lockdown delays, the film of that incredible February 2020 concert finally comes to British cinemas this week, with a making-of documentary to follow. “This is no longer a nine-month pregnancy,” laughs Mick Fleetwood from his home in Hawaii. “This baby is still being born! And by the time the baby comes out, it might be fully educated…”

Mick, 74, was deeply touched by the turn-out. “It was beyond belief,” he tells me. “A gathering of the clan. It was an eclectic mix and I was hugely gratified.

“I knew about 40 percent of the people really well, the others had incredible unbeknownst connections. Johnny Lang wasn’t even born when the band started in 1967. Townshend wasn’t expected, but he had his own story about why he was there which made it all really special. 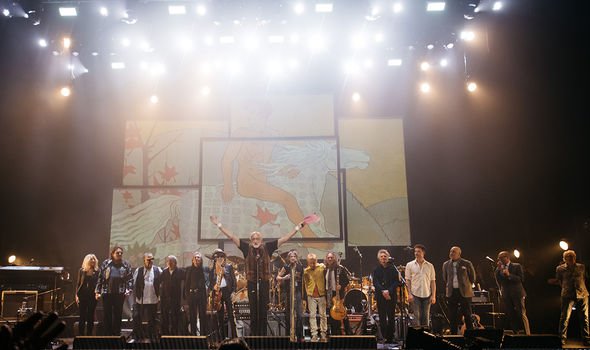 “They all wanted to be part of it for their own personal reasons and their artistic investment in knowing early Fleetwood Mac and of course Peter Green, who was ostensibly why everyone was on that stage.” 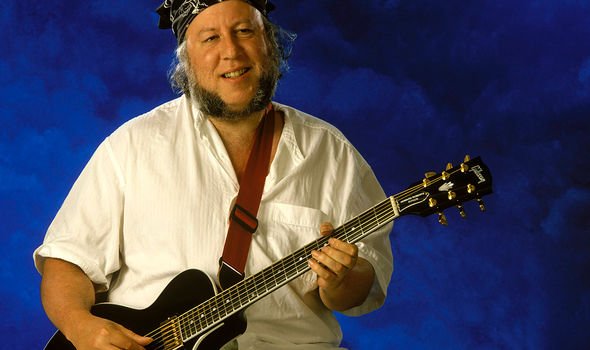 London-born Peter was a hugely gifted exponent of blues guitar, one of the few capable of following Eric Clapton in John Mayall’s seminal Bluesbreakers.

“He was almost completely unique,” says Mick. “He played with incredible feeling and emotion. And as well as guitar-playing and song-writing, often people forget the way he sang. The combination of his voice and the guitar was devastatingly meaningful.

“In the early days when we were playing pubs and ballrooms all over England and Europe, for a while there were people who didn’t know who we were or what we were doing, but you could almost bet your bottom dollar that by the time they left the room they’d been affected.

“There was something exceptional about Peter. Not just on stage. He had a feel about him. Someone could see him walk into a room and somehow gravitate towards him. He was negotiating against his humility as a person yet couldn’t do anything about the effect of his personality, and the music that he played and the message that would often be sent.

“Listen to his songs, huge amounts of hidden pain come out in his music, and that was Peter Green.” 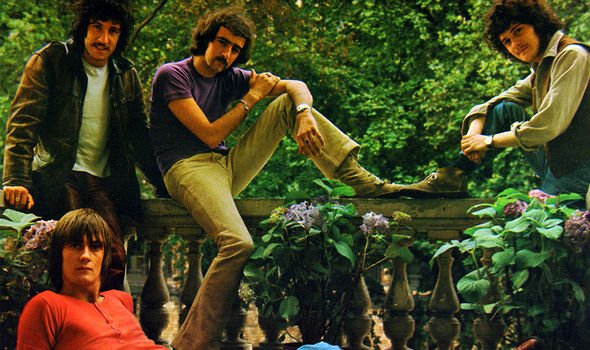 Whether on purpose or by accident, the band had an effect on those who listened (Image: Getty)

“At the end Gus said, ‘What are you calling that instrumental?’,” recalls Mick. “Peter said, ‘Well Mick and John are here, so call it Fleetwood Mac.’ and that’s how the name came. That gift spawned a band who are still doing it…”

Cornish-born Mick, 6ft 5, had played with Green in Peter B’s Looners and Shotgun Express (with Rod Stewart) before Fleetwood Mac began in July 1967. Green’s early compositions for them included Black Magic Woman, the 1968 chart-topper Albatross, Man Of The World, Oh Well and The Green Manalishi.

“We weren’t motivated by money,” recalls Mick. “We were happy to put a sandwich in our pockets and go home. We were dedicated and had a great sense of fun. There was no thought outside of playing, no ‘We’re going to achieve X, Y and Z’, that wasn’t on our radar. We wouldn’t have known the concept of ‘making it’, yet, the irony is, that happened, like it or not. 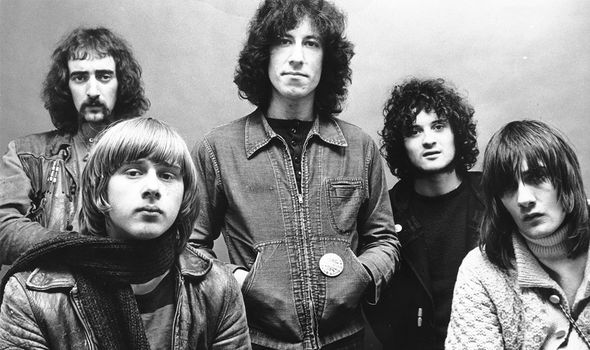 The early days of Fleetwood Mac – not about the money but fun (Image: Getty)

“But we weren’t aware of how it affected Peter. You wouldn’t have known, and if we had known we weren’t equipped to recognise it or help someone who had hidden pain that became devastating.”

Peter’s problems began when he took LSD at a commune in Munich in March 1970. He never recovered. Three months later he quit, and in 1977 he was diagnosed with schizophrenia.

When he left, Mick says, “We were like little children on a beach watching your parents get in a boat and leaving you. What do we do? Me and John and the band out of almost desperation, said, ‘We’re still here, we’ll do our best to continue…’, which is when we did our first album without Peter, called Kiln House, a funny little rock ‘n’ roll album.” 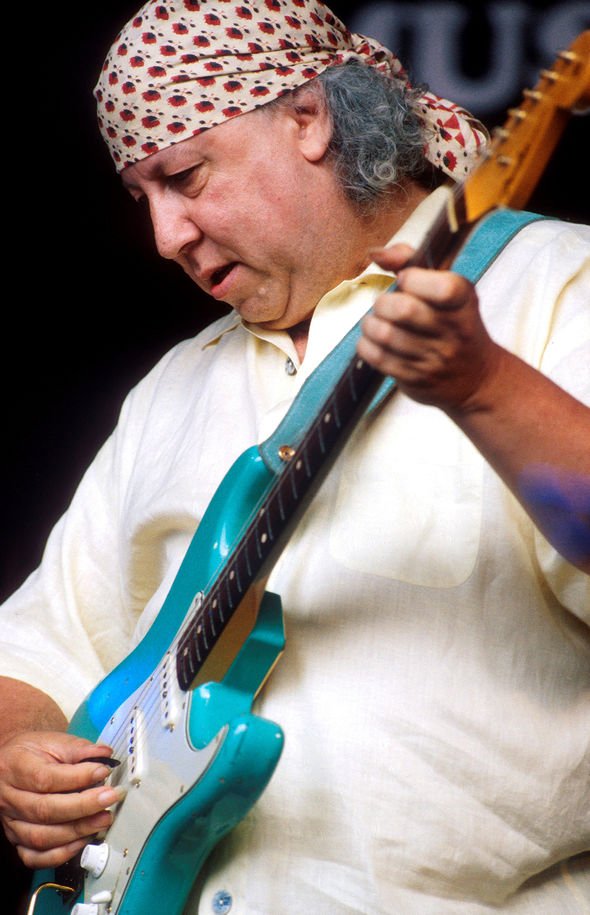 “Back then, the whole band was like the odd couple,” grins Mick. “Jeremy Spencer was 5ft nothing, a mischievous elf, with a gangly creature such of me”.

Fleetwood, the son of an RAF pilot, was a boarding school dropout who never wanted to cause a fuss. East End Peter (born Peter Greenbaum) was a postman’s son who stood up for himself.

On stage guitarist Spencer would do rock ’n’ roll covers. “It was a side of Fleetwood Mac that Peter was totally in to…until he changed and left the forum of the world I knew him in. It was a great loss for me.

“We were deeply affected by losing Peter. And what you lose, is all about what this concert was. It’s about the power of what we were doing then. A line in the sand exists to say what was how it started, that’s what I wanted to do, still doing it.”

Last year’s Palladium concert took two years of planning and showed how revered Green was. Veteran producer Glynn Johns brought in Andy Fairweather Low and David Bronze to be the core of the band, with keyboardist Ricky Peterson.

Metallica’s Kirk Hammett flew in from Hawaii to play The Green Manalishi and reveres Green so much he bought his 1959 Les Paul guitar. “So many people travelled thousands of miles to play one song,” says Mick.

“I was anticipating playing festivals in Europe this summer and having the film shown in 900 cinemas all over the world. The timeline changed but the essence has not. 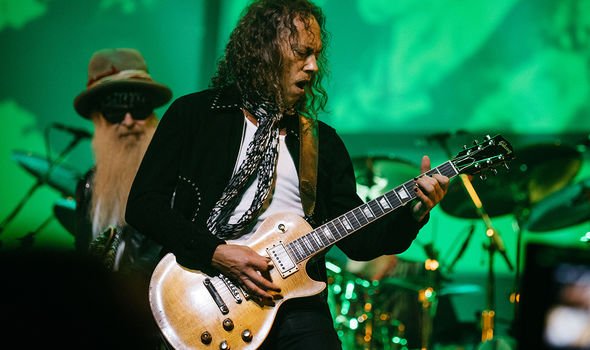 Kirk Hammett, from Hawaii to London for a song (Image: Ross Haflin)

“I feel very good about what we achieved in one night. I was s***ting myself, I’m not a maître d. I did my best and I feel okay about it because all of our hearts were in it, and everyone around through rehearsals on was so heartfelt it became natural.

“Is it perfect? I’m sure it’s not, but it’s really meaningful.” 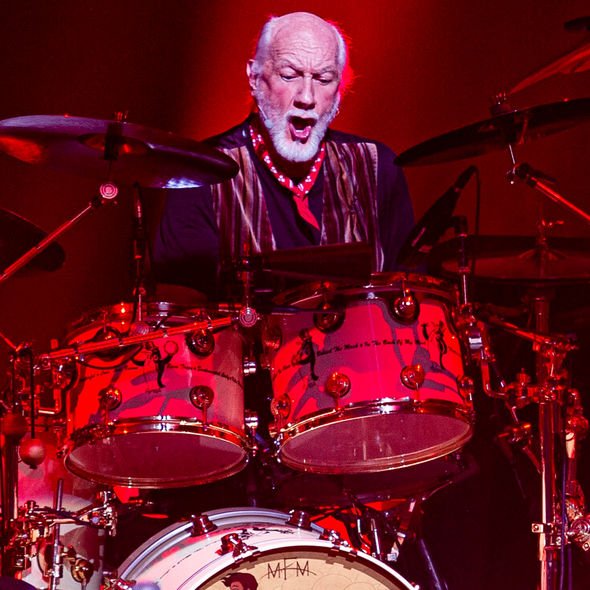 Mick poured his heart into the February 2020 concert, a ‘meaningful’ one for the artist (Image: Ross Haflin)

The film of the star-studded night, directed by Martyn Atkins, plays for just two nights at British cinemas this week.

“People think of Fleetwood Mac as the latter incarnation,” says Mick, referring to the classic Rumours line-up. “But before that was the blues incarnation. Without Peter Green there wouldn’t have been Fleetwood Mac. I don’t want that to be forgotten.”

* Mick Fleetwood & Friends Celebrate The Music of Peter Green & the Early Years of Fleetwood Mac is in cinemas across the UK on 7th & 12th September. Tickets here

The post Mick Fleetwood on the roots of his world-conquering band & the genius of Peter Green appeared first on TechiAzi.

Search more articles here: Mick Fleetwood on the roots of his world-conquering band & the genius

Read original article here: Mick Fleetwood on the roots of his world-conquering band & the genius