migrants flown to martha's vineyard have been left 'traumatized' after

Migrants flown to Martha’s Vineyard have been left ‘traumatized’ after being ‘thrust’ into political firestorm ‘without their consent’: lawyer 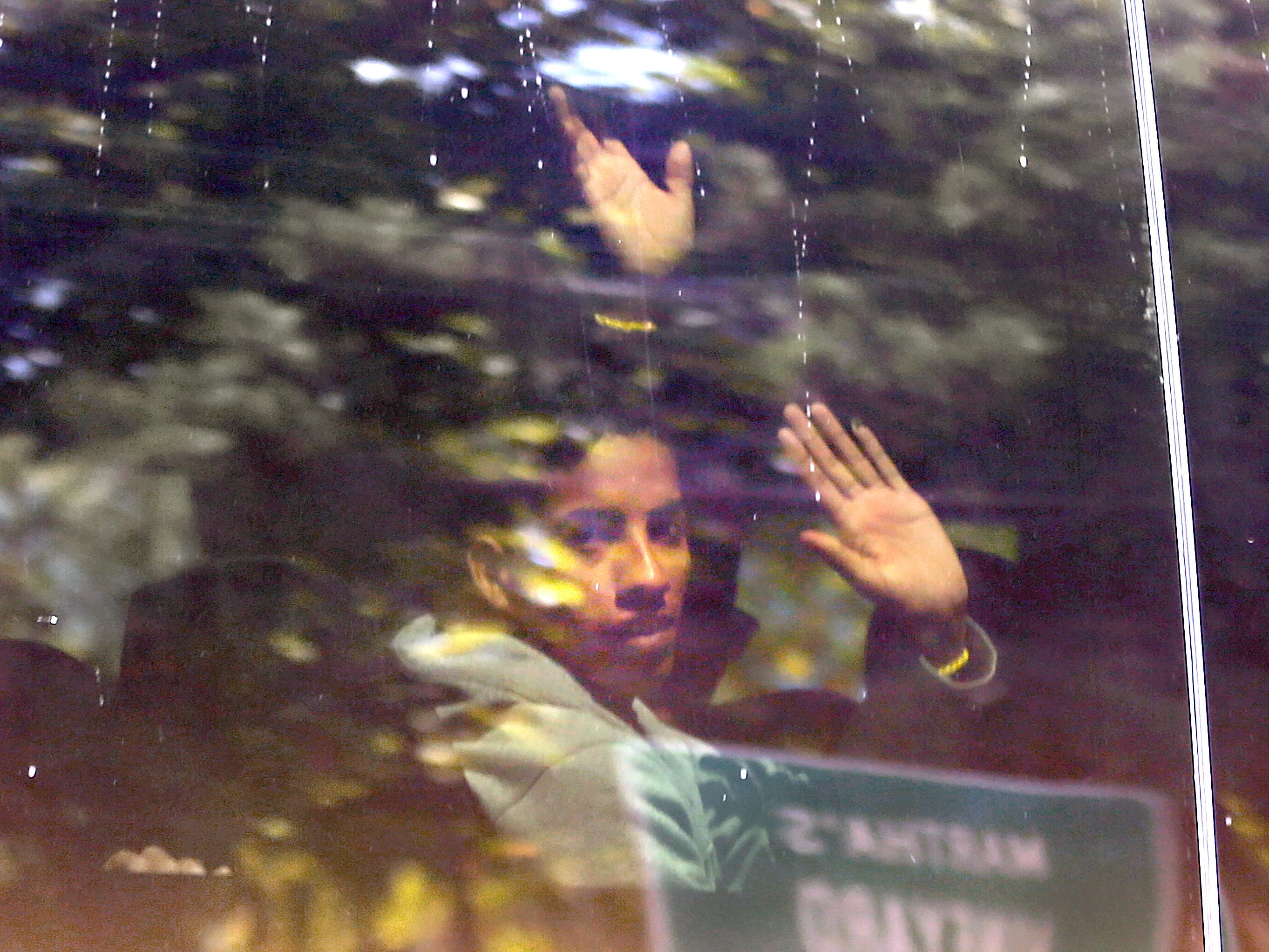 A bus carrying Venezuelan migrants from Martha’s Vineyard arrives off of a freight ferry in Woods Hole.

The migrants who were flown to Martha’s Vineyard by Republican Florida Gov. Ron DeSantis have been left “traumatized” by the stunt that “thrust” them in the middle of a political firestorm “without their consent,” said a lawyer for the group that has filed a class action lawsuit on their behalf.

“They’re still in a vulnerable place,” Jacob Love, a staff attorney with the Boston-based Lawyers for Civil Rights nonprofit, told Insider of the 49 migrants who DeSantis sent on two chartered planes to the upscale liberal island off the coast of Massachusetts from Texas last week.

“They’re scared, they’re traumatized, and they don’t know what’s going to happen next,” Love said. “It’s going to take them a long time to get over this.”

The immigrants, who are mostly Venezuelan, have since been relocated to a military base in Cape Cod, Massachusetts, that’s designated as an emergency shelter as they try to figure out their next moves while “living in limbo.”

“Not only are they traumatized because they had to sort of figure this out on the ground when they got there [to Martha’s Vineyard], but they have no clue what’s going to happen in them going forward,” Love said.

Lawyers for Civil Rights has filed a federal class action lawsuit on behalf of a group of the migrants against DeSantis and other Florida officials, alleging that they carried out a “scheme to defraud vulnerable immigrants to advance a political motive.”

The suit says that the migrants were persuaded with $10 McDonald’s gift certificates and false promises of employment, housing, and other assistance to get them to board the planes out of San Antonio, Texas.

The migrants say they were told they were flying to Boston or Washington, DC, before they were dropped on a tarmac at Martha’s Vineyard, says the suit.

“When they landed and realized there was no one there waiting for them, they panicked,” Love said, adding that the migrants were “shocked” and “scared” as they tried to no avail “to call the various recruiters who they had spoken to.”

The migrants have now been “thrust” at the center of “a national conversation about immigration” in the United States and “are scared,” said Love.

The lawyer continued, “They’ve been used as pawns, without their consent, to make a point about immigration and the federal government.”

“That’s part of the reason people are worried because they didn’t sign up for this,” he said.

But at the moment, the migrants’ biggest concern, said Love, is “where are we going to go from here?”

“People are definitely uncomfortable and uneasy and scared about what’s going to happen next,” Love said. “They’re not able to stay on the [military] base forever.”