minneapolis soccer community gains by for soccer ventures and bodyarmor 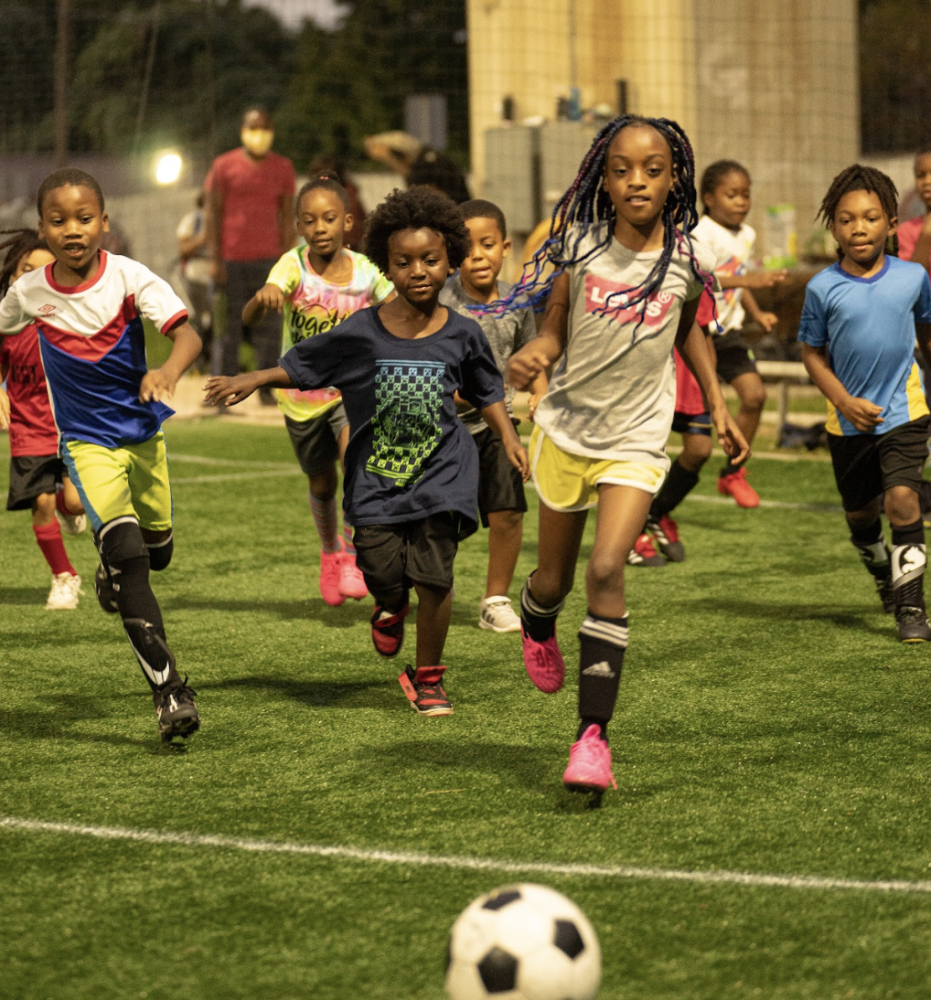 Minneapolis, MN hosts the 2022 Major League Soccer (MLS) All-Star Game on Wednesday, and piggybacking on this fun event are For Soccer Ventures (FSV) and BodyArmor Sports Drink after announcing their new grassroots community initiative. The free, one-day event in partnership with Sol of the Cities, is on Tuesday, August 9th at Ninth Street Soccer + Coffee located at 901 9th St SE. Kids and adults can participate in skills clinics, coaching education, and benefit from appearances by experienced American soccer players. FSV showcases independent media and experiences, and together with BodyArmor’s superior hydration products, they re teaming up to provide Minnesota area soccer lovers with access and an unique opportunity to learn, train, and play soccer. Festivities include youth clinics instructed by local Academy staff at a YMCA, coaching development workshops and the ability to compete with professional football players and influencers. Look for Rodney Wallace, Wil Trapp, Sarah Fuller, Cobi Jones, MoAliFC and Calen Carr to play in the 3v3 Community Cup tournament, hosted by former US Men’s National Team Player Heath Pearce. The Sports Techie community blog encourages boys and girls to attend tomorrow as the first day of school on September 7 is fast approaching. The strong soccer foundation already in existence around the Minneapolis area stands to benefit from this grassroots initiative, as well as positively affecting the entire state while benefitting the regions larger soccer communities. 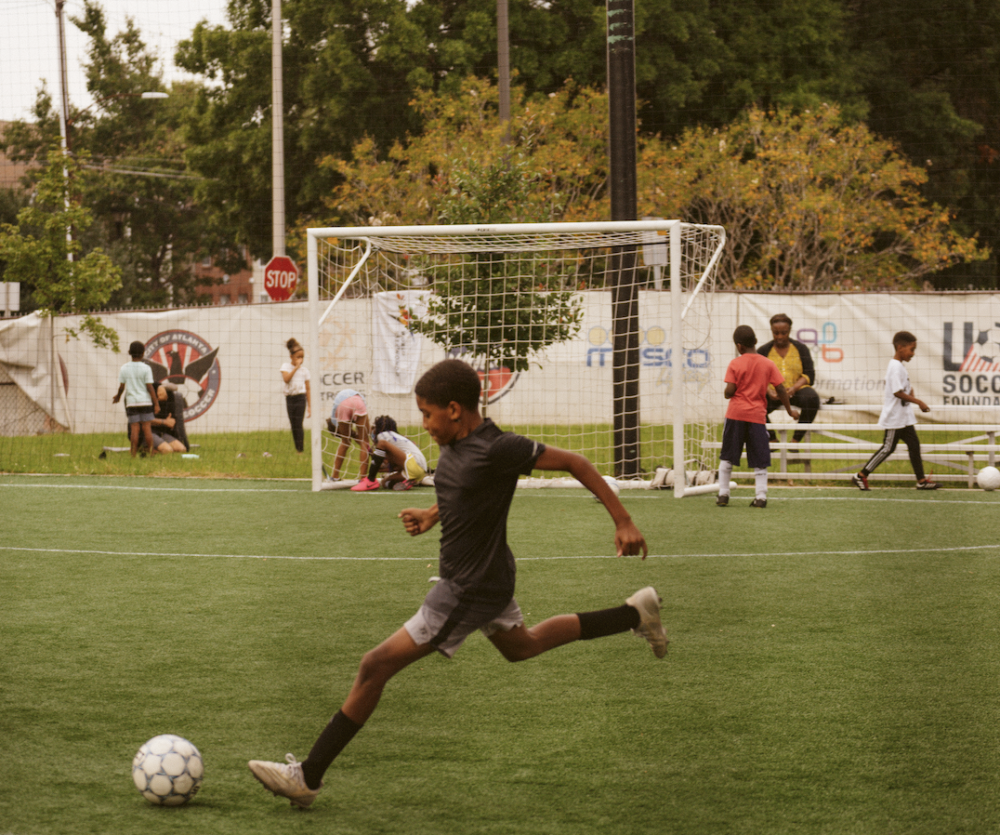 The newest FSV initiative is with Sol of the Cities and aims to foster meaningful connections for BODYARMOR throughout the Minneapolis community and region as the exciting buildup to the 2022 MLS All-Star Game continues this week. Since the 2019 season, BODYARMOR acts as the Official Sports Drink of Major League Soccer.

“With many barriers limiting access to soccer for underserved communities, we’re thrilled to join forces with BODYARMOR,” said Mario Wimberly of Sol of the Cities. “Our mission at Sol of the Cities is to unite the Minneapolis community through soccer and provide a player-centric environment for athletes and coaches of all levels and ages. This event will embody that spirit while providing a fun and collaborative experience around a massive event for our city.”

Free clinic for eighty underserved boys and girls in partnership with the Harold Mezile North Community YMCA, Sol of the Cities, and Black Star. These two clinics will be an hour long and taught by local Academy coaches, (Minnesota Youth Soccer Association Coaches), (Augsburg University Men’s Soccer team), and feature MLS talent while welcoming all levels of soccer players as part of BODYARMOR’s initiative to providing access to local youth community groups. All participants will receive a shirt, a ball, and two tickets to MLS Skills Challenge.

Free soccer coaching clinic program for up to 30 local coaches featuring US Soccer-licensed coaches (from Minnesota Youth Soccer Association) that provides soccer coaches, non-soccer coaches, and community leaders grassroots coaching education. The event will feature surprise appearances from MLS players. Additionally, BODYARMOR will connect these coaches with on-going educational opportunities after the event through US Soccer Foundation, so they can continue developing their practice as they become meaningful coaches within their communities. All participants will receive a shirt, a branded notebook, and two tickets to MLS Skills Challenge.

An eight team, 3v3 round robin tournament featuring teams from local brands, local soccer organizations, micro influencers, media personalities, and former MLS players with live music, entertainment, live commentary, and a party-like atmosphere around the matches hyped by an emcee. Content will be captured by attendees and released on their personal channels and curated into a socially-optimized recap video. 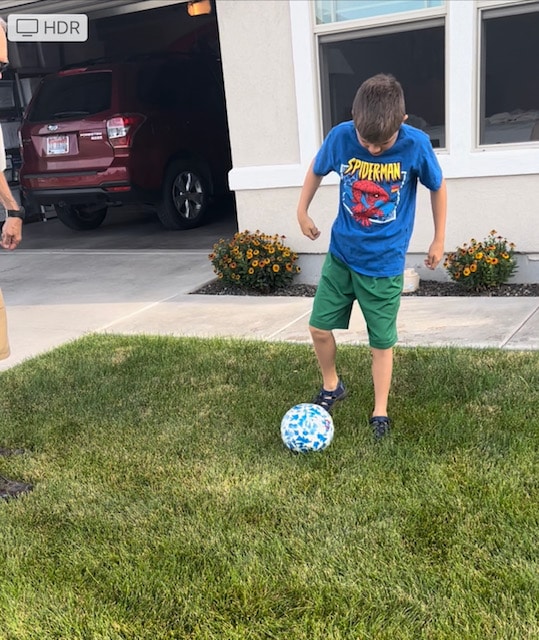 My Son Learning To Kick A Soccer Ball With Autism

Sports Techie, the image above is of my son on the autism spectrum learning how to kick a soccer ball earlier this summer on vacation in Idaho. The reason I added this photo is because I am an advocate to the autism community, and special needs kids and adults in general, as well as being a long-time sports technology expert. When you have a passion to learn something, you just do it. Some of these challenged and loving kids can or try to engage with neurotypical peers, while many others simply cannot or do not, leaving little to no options to engage with soccer. My advice to FSV is to provide a special needs component to your initiatives as a way to help those communities learn about playing the game and how to interactive with team sports. Under served communities are for real.

According to the 2020 Census, Minneapolis is about 60% White, 20% Black, 10% Latino, 6% Asian, and 1% Native American with another 0.5% mix of other races. Minnesota also ranks near the top of the United States refugee replacement programs, in particular with the too often misunderstood Muslim population, and those escaping tyranny in Syria or Laos.

These numbers somewhat represent race demographics in many large cities across the U.S. including here in Atlanta where 46.7% of the city population in 2020 is black. Rural areas of many states across the U.S. tend to not be so largely diversified, including in the state of Minnesota. Take for instance Idaho and Boise, they both have a racial makeup make up of 90% white, yet the state also ranks high with refugee placement programs. Outside of the Twin Cities, Minnesota is not as racially diverse, same as here in Georgia compared to Atlanta, and probably where you here living in the States as well. I was born in East Lansing, Michigan and my Dad is from Detroit. Motown is made up of 82.2% black residents, but it fell to 77.2% as more Hispanic, White and Asian people moved in the past 10 years, 2020 Census metrics Detroit Mayor Mike Dugan challenged. Washington State has much less diversity outside of Seattle and Tacoma, except for parts of Eastern Washington that has a larger Latino population. I attended and graduated from Whitter College in Los Angeles with a liberal arts degree in Political Science. L.A. is a massive melting pot of a city after the “white flight” exodus that began in the 1950s and continues today. I fully embrace diversity since my Mother is full Ecuadorian making me half. My Peace Corp volunteer Father is white and Polish but he is truly colorless in spirit and practice. One thing that makes America truly great is racial diversity. Always remember that, resistance is futile.

Making sure the sports tech playing field is even for all is THE Sports Techie mission. Therefore, I virtually applaud FSV, BodyArmor (invested in by Kobe Bryant) and Sol of the Cities, (btw, sol in Spanish means Sun, or it could be seen as a play on the word, Soul), for banding together to create this grassroots initiative for inner city kids in Minneapolis of all races.

Being a champion for the underprivileged is a lifetime effort and well worth it. FSV’s Black Star program is just such a worthy cause.

Enjoy the soccer action this week Minneapolis, attend the events on Tuesday at the Y and practice or sharpen your skills, then root on your favorite MLS players come Wednesday.