Money: How to make the most out of the spare change you have in your 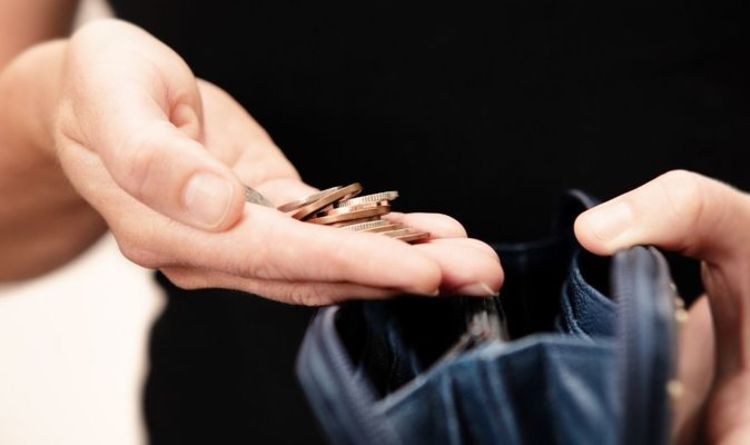 Money has been less used recently, given the pandemic. Many people have spent less due to staying at home more often. But when people do spend, shops have encouraged the use of contactless card in order to prevent the spread of coronavirus. With cash used less frequently, money is currently languishing around in millions of homes right across the country. Many people may not realise how much they actually have in loose change until it is time to count it all up. Then, they may get a shock about the value of the coins in their back pocket. Figures from UK Finance have shown the British public are in fact sitting on piles of loose change which are worth an estimated £50million. This is a staggering amount which shows the cash held by people right across the country not currently being used.

The research from the body showed that due to COVID-19 related lockdowns, people have held onto their cash for three times longer than before. When people receive coins, many are ending up storing them at home, rather than spending or donating them.

This is particularly the case when it comes to one type of money: coins. Lower denomination coins currently come in one pence, two pence, five pence and 10 pence pieces. More than half of those surveyed said they usually leave this type of change at home.

The use of “larger” amounts of coins such as 20 pence and 50 pence pieces, as well as £1 coins is likely to be more widespread as they are arguably easier to use given the prices of items within shops, markets and other forms of purchasing across the country.

But as Britons are not putting these coins to any particular use, leaving them at home, they are now being encouraged to actually take action on the matter and make the money, however small, work a bit harder than it does in the back of a forgotten drawer.

READ MORE: Pensioners could be missing out on a boost of up to £358 per month

The Charities Aid Foundation recently found that over half the charities they spoke to last year had seen a drop in donations. At the same time, though, some 39 percent of charities surveyed reported an increase in demand for help from individuals who are in need, especially at this challenging time.

UK Finance has therefore urged Britons to consider donating any accumulated loose change they have from the home. It is thought this could be a real benefit to charities. But it could also reduce the need to mint new coins – something which is good for the environment in terms of production as well as distribution.

Eric Leenders, Managing Director of Personal Finance at UK Finance, commented on the matter, saying: “Putting your pennies in a charity box is a great way to help those in need. The public has stored over £50 million of loose change over the course of the pandemic and as the UK is opening up post-lockdown every pound and penny that can be spared for worthy causes will make a tremendous difference.”

Coins in the UK are made by the Royal Mint, based in Llantrisant, South Wales. It describes itself as the “largest and most technically advanced minting facility in the world”. The Royal Mint also produces coins and blanks for in excess for 30 countries. It is estimated more than 3.3billion coins are made by the Mint each year.

At present, the Royal Mint states there are approximately 29billion coins in circulation in the UK. The demand for coins issued into circulation is determined by demand from UK banks and the Post Office. It then responds by issuing the coins on behalf of HM Treasury.

The Royal Mint explains via its website: “HM Treasury ultimately decide how many new coins are issued into circulation. In the event that more stocks of UK coins are required to meet demand, we would seek approval to produce more.”

Any coins that are deemed no longer fit for purpose, however, do not go to waste. Instead the Mint extracts these by cash centres and sends them back, in order for the metal to be recycled.

“As charities struggle to resume fundraising, while continuing to work on the frontlines of the response to the pandemic, donating spare loose change would be a huge show of much-needed support at a critical time.”

However, this is not the only solution for loose change, although many would agree it is a particularly philanthropic one. Other individuals may choose to make use of their smaller coins in other ways, either to build up their savings, or simply to undertake a process of spring cleaning.

A common action taken by those who have a sizeable amount of loose change is to take this all to the bank. This can then allow it to be sorted and applied to one’s savings or current account held with the provider. It is viewed as a particularly cost-efficient way of making loose change work a bit harder.

However, individuals who take this action should always sort their cash beforehand in order to make the process as smooth as possible. People can ask for money bags in branch to sort their coins into according to denominations and amounts specified on the bags themselves. Then, taking these into the bank they can be weighed and processed, before being credited to a person’s account.

Another way to make use of coins is perhaps a more traditional one – a savings pot. Some people will have a designated jar in the home that they can pop their spare change into, every time they get it. Over time, this can quickly add up. Certain individuals even have different pots labelled with various goals which they can progress towards gradually.

While this can be a good way to save, it is worth noting the idea of inflation. Money kept in this way could end up losing value over longer periods of time. To keep up, then, it is usually advised to cash it in to a savings account to earn interest. Although, whatever savings account a person chooses will also need to keep up with inflation as well.

Finally, there are designated machines which often appear in supermarkets to help people turn their coins into cash they can use. All Britons will need to do is visit one of these Coinstar machines and tip their coins in for the money to be automatically sorted and counted out at a person’s convenience – then turned into cash or a voucher.

But while this is viewed as a quick and simple way to get rid of forgotten change, it does come at a cost. The company will often take a certain percentage as a fee for sorting the coins. Britons who choose this option, then, should be prepared to get slightly less than they perhaps originally bargained for.

The post Money: How to make the most out of the spare change you have in your back pocket | Personal Finance | Finance appeared first on Samachar Central.

Search more articles here: Money: How to make the most out of the spare change you have in your

Read original article here: Money: How to make the most out of the spare change you have in your