More than 100,000 Americans are currently hospitalized for COVID-19 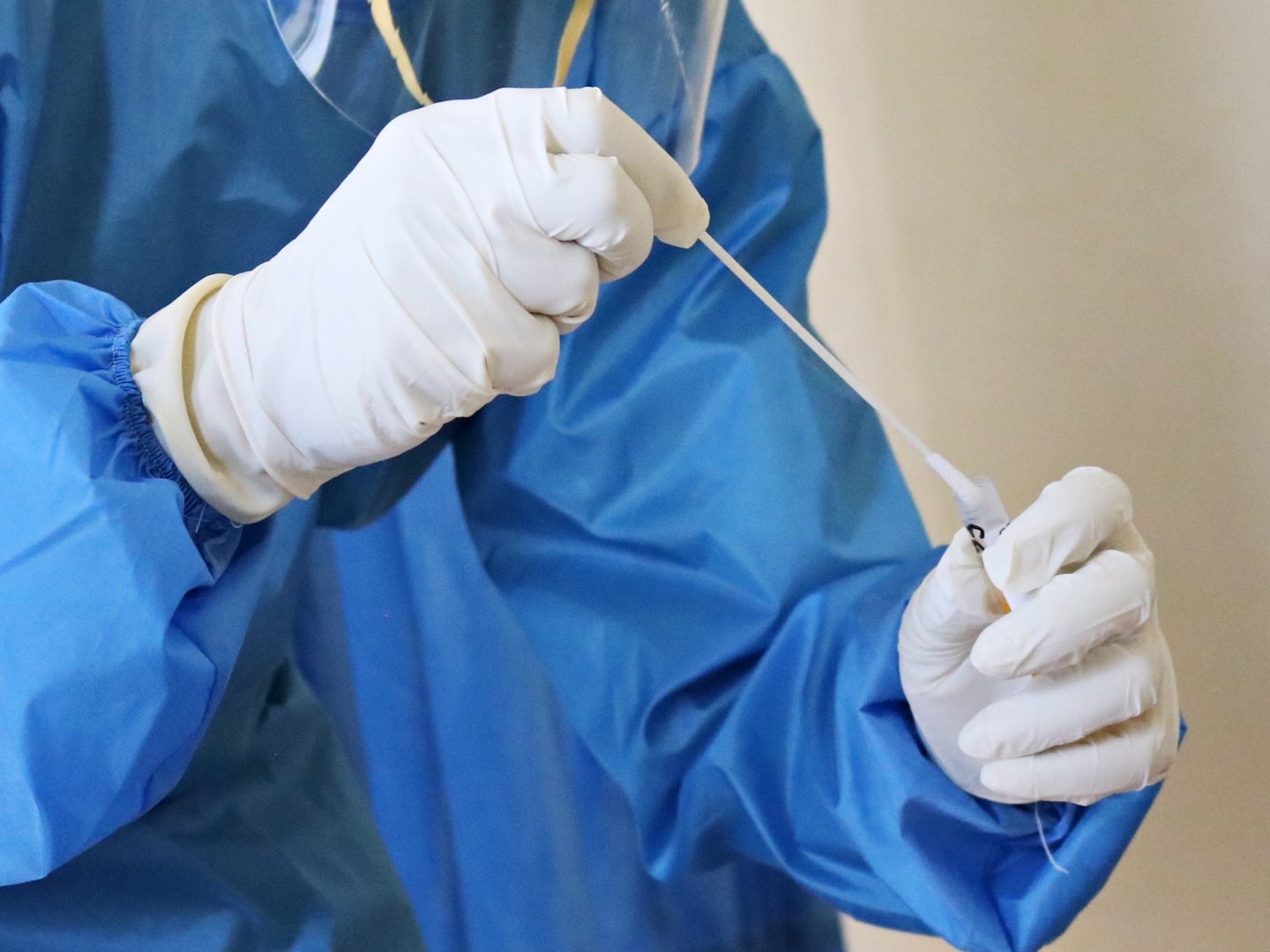 COVID is putting as many Americans in the hospital today as it did during the winter peak. Unsplash

The delta variant has been at the top of public health officials’ minds these days, as the variant is still the dominant strain in the United States and in many other parts of the world. But as virologists have always warned, new variants are likely to continue to arise for some time, and, according to preliminary data, there seems to be a new variant circulating in South Africa. Further, the US continues to be a hotspot for COVID-19 outbreaks, so much so that the European Union has recommended reinstating travel restrictions on unvaccinated travelers coming from America. Here’s everything you might have missed this week:

A new coronavirus variant, known as C.1.2, has been identified in South Africa

On Monday, South African researchers reported that they had detected a new variant of the novel coronavirus “with multiple mutations”, according to Reuters. The variant, which is called C.1.2, was first detected in May in South Africa. Since then, it’s been found in several other pockets throughout the world including in countries in Africa, Europe, and Asia.

C.1.2 seems to contain mutations that could make it more transmissible and less sensitive to vaccines, though this research is preliminary so it’s hard to draw conclusions as of now. Further, as Reuters points out, it’s unlikely at this point to replace the delta variant, which is the predominant strain in South Africa and many other parts of the world, including the United States.

The research on C.1.2, which has yet to undergo peer-review, was published online on August 24. While a big concern is that it becomes another highly transmissible variant that may potentially evade our vaccines, it’s unclear where it stands at this point. According to Bloomberg, scientists at the KwaZulu-Natal Research Innovation and Sequencing Platform (called Krisp for short) are currently studying the variant against antibodies in both vaccinated and unvaccinated people and results are expected soon.

As the United States continues to be overwhelmed by cases of COVID-19 driven largely by the delta variant’s effect on unvaccinated people, other countries are taking notice. This week, the European Union announced that it recommends its member countries reinstate travel restrictions against Americans who remain unvaccinated against COVID-19, according to CNN.

On August 30, the United States was removed from the European Council’s “safe list.” For this group of countries, residents can travel freely without needing to quarantine or get tested upon arrival.

Individual countries have the right to make their own choices, and this would only apply to unvaccinated Americans, but it serves as a reminder of just how significantly delta is raging in the US right now, and how most of those cases are driven by people who remain unvaccinated.

The US is now averaging 100,000 daily COVID-19 hospitalizations

Over the last seven days, the daily average number of people hospitalized for severe COVID-19 symptoms has risen to 100,000—the first time since January that the US has hit that number, The Wall Street Journal reported.

Around the country, over the past two summer months, hospitalizations have spiked by almost 500 percent, according to The New York Times. Around the country, but particularly in the South, ICU beds are filling up and remaining at or above capacity. The US hasn’t quite reached the peak number of hospitalizations it was struggling with last winter, but many states, such as Georgia, Kentucky, Tennessee, and Idaho have either run out of beds or have requested the help of extra personnel, the WSJ found.

As has been the case over the past few months, the uptick in cases, and now spike in hospitalizations, is fueled by the highly-transmissible delta variant’s effect on unvaccinated people, which still make up a significant percentage of the American population. While kids under the age of 12 are still not able to get the vaccine, only about 60 percent of adults in the US are fully vaccinated.

Ivermectin prescriptions have spiked in the past few weeks, despite no proof the drug helps treat COVID-19

Ivermectin is an FDA-approved medication used to treat a few very specific parasitic infections. When the pandemic began, scientists tested to see whether it could help treat COVID-19 by literally killing off the virus, but despite numerous studies, there has yet to be any good evidence to suggest it works. Despite this, prescriptions for ivermectin have risen since March 2020, and have been spiking for the past few weeks in particular.

According to the Centers for Disease Control and Prevention, the number of prescriptions for the anti-parasitic drug rose from 3,600 per week before the pandemic to 88,000 in August of 2021. As Popular Science reported last week, if taken incorrectly, the drug (which is available at a much higher dose for veterinarians to prescribe large animals) can be extremely dangerous, leading to gastrointestinal distress and in worse cases, hypotension, confusion, and even death.

The post More than 100,000 Americans are currently hospitalized for COVID-19 appeared first on Popular Science.