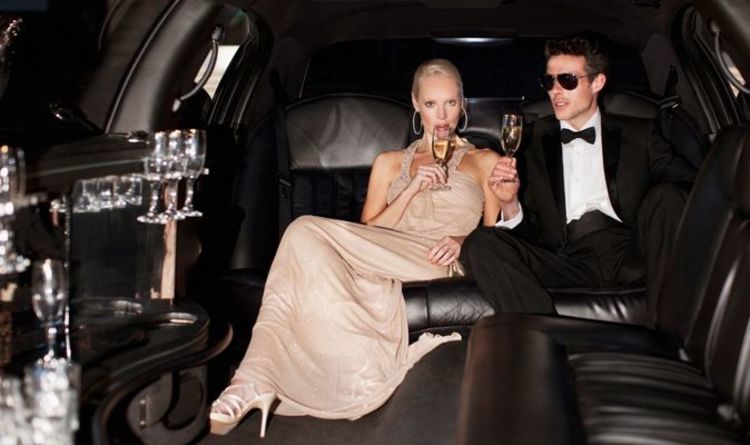 Mr Shah added that money isn’t everything, and while this is entirely true, to those struggling to get by it does often seem that suddenly falling into wealth would quickly solve all of their problems. Another aspect to keep in mind is the fact that money doesn’t indicate success. Mostly because everyone’s definition of success is different and ultimately by prioritising what is important to someone will see them be successful regardless of their financial state.

But, say there’s someone who is just after the money and financial success, how do they go about achieving greatness in the form of seven figures? Mr Shah shared his eight steps to being a millionaire:

Essentially, Mr Shah is noting that trying to focus solely on money and controlling it will likely distract one from opportunities to truly grow their wealth.

He said: “So shift your perspective. See money not as the primary goal but as a by-product of doing the right things.”

Some of the more memorable millionaires and those in the public eye are often the most helpful people, whether it be providing financial assistance or something else. Such as the successful business people who have reached the point they have always wanted to be and have turned around to help others follow in their footsteps.

Often times, success might only follow these acts of kindness, and it’s undeniable in business that helping employees, customers, investors and partners achieve all they aim for will in turn benefit the business in ways so much larger than finances.

Business owners, freelancers, entrepreneurs and side hustlers who are solely focused on creating a massive profit are likely to lose customers quickly. As Mr Shah put it: “When you have only a few customers and your goal is to make a lot of money, you (have an incentive) to find ways to wring every last dollar out of those customers.”

This in turn lowers customer service, lowering the number of customers even further and stopping any possibility of making seven figures in its tracks.

The focus is better suited on how best to serve one million people instead of getting a million in revenue. The effect of good customer service widens one’s income possibilities by generating free word-of-mouth advertising, loyal customers and opportunities to create more products or services and improve them are plentiful.

Ultimately, the support of one’s customers is the only true support they require,

“Serve a million people — and serve them incredibly well — and the money will follow,” he concluded.

Having a lucrative income is never a lifetime guarantee, and even if someone’s customers are buying £1,000 of stock a minute today that doesn’t mean they will see the same tomorrow. Often brands and companies that keep their products the same for too long fade into obscurity and are quickly replaced by competitors.

Instead of using products to make money, make money because it provides the ability to make more products.

Mr Shah commented: “While it is certainly possible to find that one product everyone wants and grow rich by selling it, most successful businesses evolve and grow and, as they make money, reinvest that money in a relentless pursuit of excellence.”

“Pick one thing you’re already better at than most people. Just. One. Thing. Become maniacally focused at doing that one thing. Work. Train. Learn. Practise. Evaluate. Refine. Be ruthlessly self-critical, not in a masochistic way but to ensure you continue to work to improve every aspect of that one thing,” Mr Shah advised.

Successful people are known to capitalise as much as possible on skills they already have, and by mastering these skills not only do they improve their own lives but also their expected wages and the value the world holds in them. Essentially making them rich in knowledge and possibilities.

Once one has decided what they want to be the best at, with no other influence, they should make a list of the people they believe are the best in the world at that thing.

“How did you pick those 10? How did you determine who was the best? How did you measure their success? Use that criteria to track your own progress toward becoming the best,” Mr Shah added.

The different types of metrics that could measure success are quite literally limitless, so finding which of those are truly important to oneself can also help them prioritise their lives so they can spend as much time as possible working on those specific metrics, rather than others that don’t really matter to them.

While it’s important to not get too caught up in the end goal that one is trying to achieve, assuring they’re consistently on track is vital to getting there at all.

Everyone underestimates the importance of routine, but ultimately achieving a large, long-term goal has to focus on ensuring one works towards it every single day.

“Wishing and hoping won’t get you there. Sticking faithfully to your routine will. Set goals, create routines that support those goals, then ruthlessly track your progress. Fix what doesn’t work. Improve and repeat what does work. Refine and revise, adapt and work hard every day to be better than you were yesterday.

“And then, probably without even noticing, you’ll also be a millionaire.

“You know, if you like that sort of thing,” Mr Shah concluded.