multiple rockets hit near us military base in syria

Multiple rockets hit near US military base in Syria 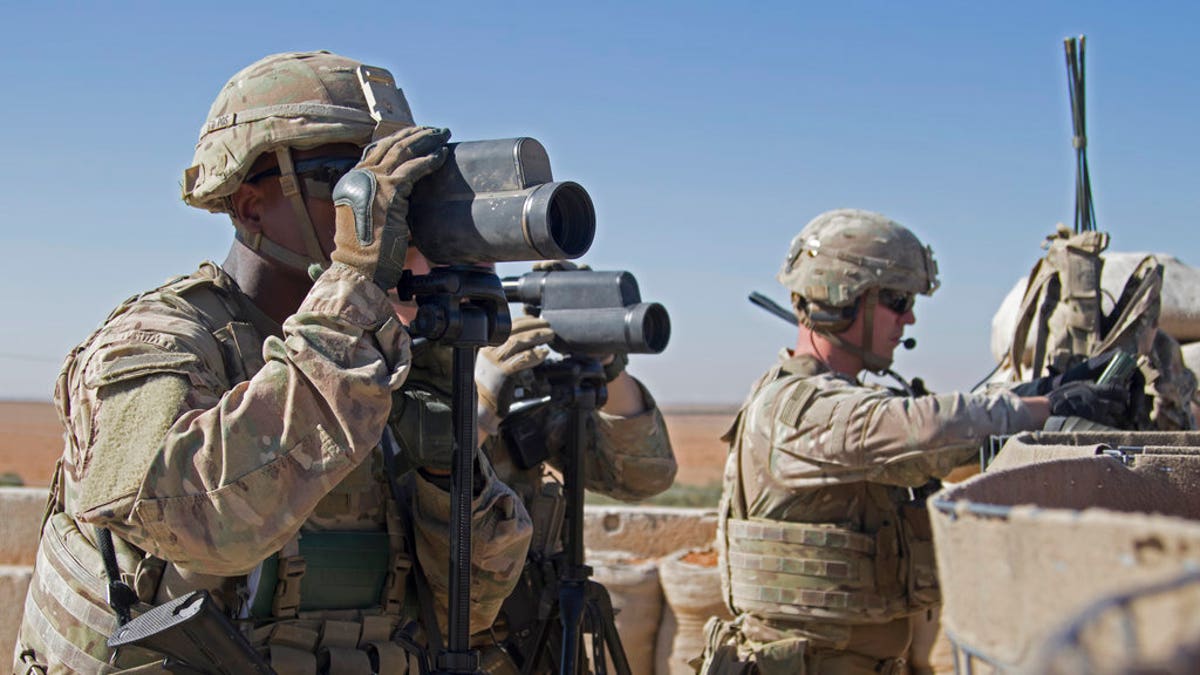 Two rockets were fired at a U.S. base in northeastern Syria that was the site of an attack from Iranian-backed forces earlier this year.

“Multiple rounds of indirect fire landed in the vicinity of Green Village in northeastern Syria shortly after 9 p.m. Aug. 15, 2022, in the latest attempted attack on Coalition forces and our partners,” an Operation Inherent Resolve spokesperson said in a statement Tuesday.

The spokesperson said the attack caused no injuries or damage to the base and surrounding areas, but noted that it did endanger the local civil population and infrastructure. Some rockets malfunctioned, with forces finding two rockets in four rocket tubes about three miles from the base.

The U.S. maintains a presence of about 900 troops in Syria to assist Syrian opposition forces, many of whom are U.S. Army Special Forces personnel.

DRONES ARMED WITH EXPLOSIVES ATTACK US MILITARY BASE IN SYRIA

“Several rockets failed to launch and were recovered by Coalition Forces and their Syrian Democratic Forces partners before they could pose an additional threat to the local population,” the statement said.

The attack comes one day after multiple drones strapped with explosives the targeted the U.S.-run al-Tanf base in Syria. U.S. forces shot down one of the drones before it could enter the base while another was able to fly into a building and detonate, but it did not cause injuries.

The Green Village attack was the latest attempt on U.S. and coalition forces at the facility, which was the site of a January an attack from Iranian-backed forces that saw eight rockets strike around the base and cause minor damage to the base and a nearby mosque.

The U.S. military has yet to attribute responsibility for the latest attack on the facility to a specific group.

“Thankfully on this occasion, there were no casualties and no damage reported. However, attacks like this risk both the lives of innocent civilians and important infrastructure due to their indiscriminate nature,” Maj. Gen. John Brennan, the OIR commander, said in a statement. “The Coalition is proud to be a reliable partner in the efforts to maintain the lasting defeat of ISIS, and our commitment is unwavering despite these reckless actions by those responsible.”

Share
Previous US Air Force test-fires long-range missile in show of nuclear readiness
Next Maneater on Switch isn’t quite jawsome, but is worth a bite if it’s your only option