NASA ‘Holoported’ a Doctor Onto the International Space Station

NASA flight surgeon Dr. Josef Schmid gives a space greeting Oct. 8, 2021, as he is holoported on to the International Space Station.

I have a new noun for your vocabulary: Holoportation.

It’s an amalgam of “hologram” and “teleportation,” and though it may seem like it, it isn’t just a niche Sci-Fi term buried somewhere in Isaac Asimov novels and Star Trek episodes.

In October, NASA used this mind-boggling, futuristic mechanism to bring NASA flight surgeon Dr. Josef Schmid onto the International Space Station while he was safely planted on our planet. No rockets necessary.

Schmid was joined on this transdimensional journey by Fernando De La Pena Llaca, the CEO of AEXA Aerospace, an organization that helped develop the holoportation equipment, and a few other team members.

“It is a brand-new way of human exploration where our human entity is able to travel off the planet,” Schmid said in a statement. “Our physical body is not there, but our human entity absolutely is there.” 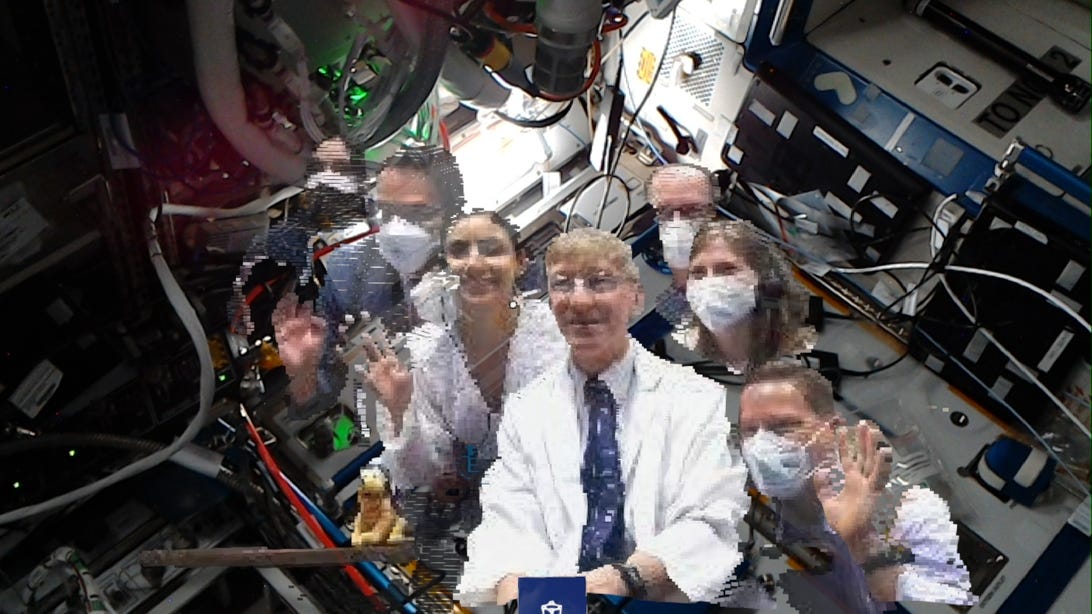 Though nearly unbelievable, holoportation isn’t a totally new technology. Microsoft came up with the idea several years ago, but with the primary intention of revolutionizing sectors like advertising, terrestrial hospital care and education and has since been steadily developing the concept. But NASA’s recent endeavor took the feat to the next level.

This is the first time such virtual transportation has successfully brought people beyond planet Earth.

Here’s how everything went down.

Basically, high-quality 3D models of the holoporters were developed, digitally compressed, transmitted and reconstructed in the spaceborne lab — all in real time.

Meanwhile, a mixed reality display aboard the ISS, namely Microsoft’s HoloLens, allowed both the holoporters and astronauts to see, hear and interact with one another as though they were in the same physical space. Astronaut Thomas Pesquet, for instance, had a two-way conversation with Schmid and De La Pena right in the middle of the ISS despite being miles upon miles away from the holoporters.

The trio even holographically shook hands. 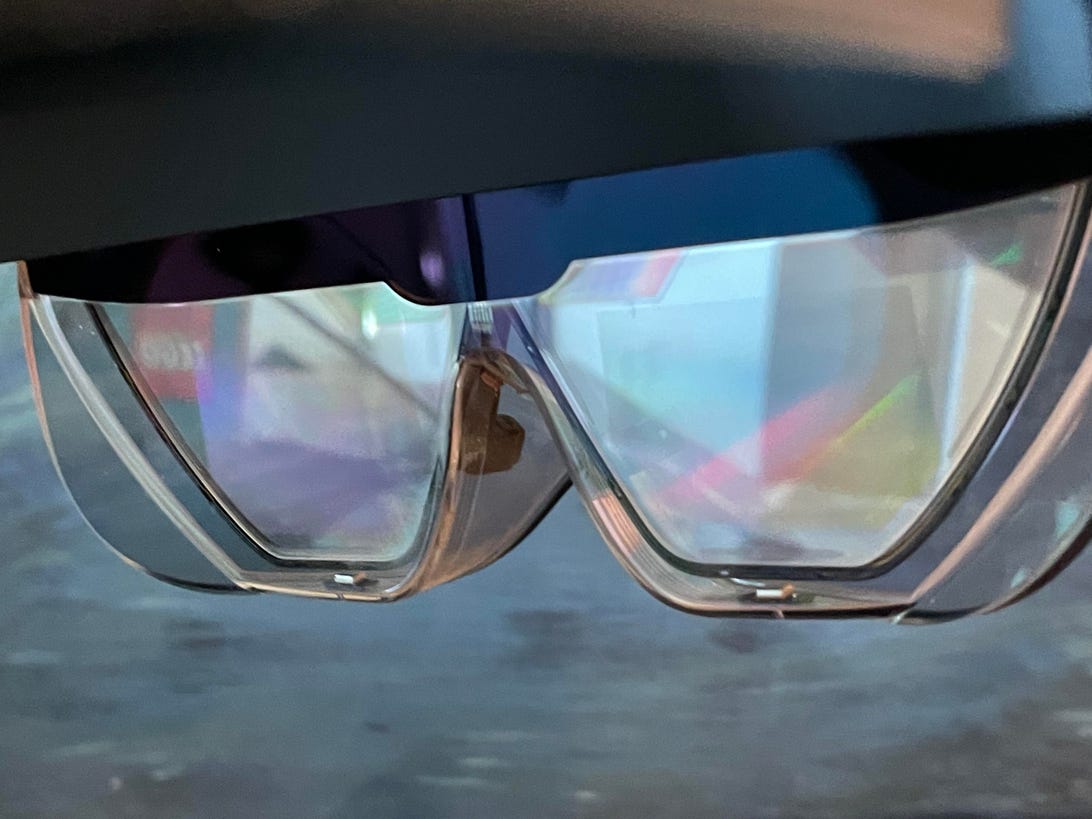 And, going forward, the agency intends to scale-up its system by adding an augmented reality function, which would give holoporters the option to really move around the space station and observe things as though they’re literally there. Everything but the physical touch, you might say.

This could help with extraterrestrial telemedicine for astronauts, ISS building projects and even greatly benefit future deep space exploration. The latter bit is key, because standard radio communications typically experience up to 20-minute delays when talking to systems way (way) out into the void. With holoportation, holoporters could just stay onboard for real-time communication.

“It doesn’t matter that the space station is traveling 17,500 miles per hour and in constant motion in orbit 250 miles above Earth,” Schmid said. “The astronaut can come back three minutes or three weeks later, and with the system running, we will be there in that spot, living on the space station.”

Plus, NASA says this could have direct applications on Earth, like for researchers working in extreme environments or military operation specialists.

“Imagine you can bring the best instructor or the actual designer of a particularly complex technology right beside you wherever you might be working on it,” Schmid said. “You can work on the device together, much like two of the best surgeons working during an operation. This would put everyone at rest knowing the best team is working together on a critical piece of hardware.”

Get the CNET Science newsletter

Unlock the biggest mysteries of our planet and beyond with the CNET Science newsletter. Delivered Mondays.

See what the rare

Ukraine can win this war, NATO chief says; Finland and…

See what the rare