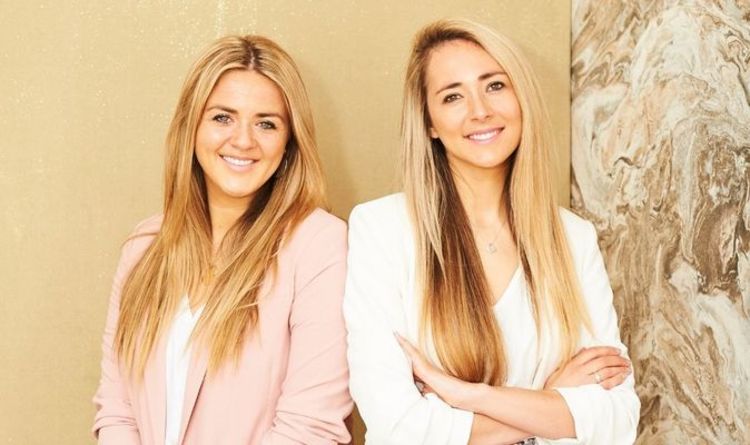 While Ms Jessica worked as an investment banker, and Ms Louella in the property sector, it seemed like a strange business transition but when they realised they had a profitable, and practical, idea during drinks in Soho, there was no second guessing for the entrepreneurial pair. They founded So Syncd which looks to reinvigorate the dating app world, relying on everything but looks to help people find genuine love faster, and now, the entrepreneurial pair expect a six-figure revenue by the beginning of next year as they continue to grow their user numbers as well as a collection of success stories.

The idea was formed when Ms Jessica, personality type INFP, had just seen her five-year milestone at investment bank Morgan Stanley and took a year to travel – learning about personality types and compatibility along the way.

Upon returning she shared her ideas with Ms Louella, personality type ESFJ, and although sceptical at first, she was eventually convinced when Ms Jessica applied the unique algorithm to their friends as well as Ms Louella’s own relationship.

This application saw Ms Louella realise she had been in a long-term relationship with a perfect personality type match, while Ms Jessica had dated all 16 Myers-Briggs personalities.

They immediately set off to try make this vision come to life, but it was not the pairs’ first go at entrepreneurship, both sisters showed a clear interest in creating their own business from a young age.

“We’ve always worked well together as an entrepreneurial team,” commented Ms Louella, “When we were younger, we would sell daffodils at the end of our garden. Jessica and I would tag team in for breaks so we didn’t miss any potential customers.

“We are almost the polar opposite personality types so we have each other’s backs in terms of strengths and weaknesses. However, prior to launching So Syncd, I worked in property and Jessica was an investment banker, so setting up a dating app was completely new to us.”

Ms Jessica commented that So Syncd was originally started as a side business, with both sisters using their day jobs to fund the venture until it grew so much they had no choice but to go into it full-time.

“We launched the new version of So Syncd at the beginning of the year at the same time as raising an investment round of $1m. This has enabled us to fully focus on So Syncd, as well as grow our team, and our user base. We are about to launch a paid membership package and we expect to hit a six-figure revenue figure by early next year,” she added.

Ms Louella said: “One thing I would have done differently is to bring a Technical Lead on board sooner. When we launched the first version of our app, we had some fairly junior developers working with us and it was quite challenging not having a clear Technical Lead, particularly because Jess and I don’t have a lot of experience in that area. We now have an amazing Chief Technology Officer who has made everything much easier.”

Despite their exponential growth, the founders are staying true to their original intention: providing a dating service that relies on compatibility rather than aesthetics.

“From the very beginning, our strategy was clear: we wanted to make a dating app that actually worked. It’s going to plan so far – we already have 1,000 couples who met through our app and quite a few of them are now married,” Ms Jessica added.

“We are working on a feature for people to find amazing friendships as well as relationships. Personality compatibility is such a powerful tool and in the long run we want to be the go-to platform for meaningful connections of all kinds. In terms of business goals, we are aiming to reach one million users by the end of next year,” said Ms Louella.

They have reinvigorated the dating app industry by using the Myers-Briggs test to match potential couples by weighing up their strengths and weaknesses to create a “perfect complementary couple”.

This test is commonly used in the business world to ensure candidates are a good culture fit for the workplace but have been rarely utilised for personal insights, with So Syncd being the first dating app to ever use it.

With an equal gender split in the app, and a proven history of the algorithm being successful, the app had a seed round for funding in March 2021 which raised over $1million (roughly £722,400).

In comparison with other dating apps, which are usually male dominated, the sisters’ algorithm is seven times more successful, creating a deeper dating environment encouraging self-awareness and healthier relationships.

The apps reception has been unprecedented, and by filling a very large market gap especially in light of the new era of online connection, it seems the sisters have set themselves up for even more success.

They added some golden tips for other budding entrepreneurs: “If you’re thinking about setting up a business, start now. Setting up So Syncd has come with its challenges but it has been the most rewarding experience of my life. We learn so much every day and there is always a new problem to solve. Starting a company isn’t for everyone but if it’s something you are considering, do it now rather than waiting for the ‘right time’. A lot of businesses can be started as a side hustle and you can go from there. It makes sense, particularly if you have limited financial resources,” commented Ms Jessica.

“Find mentors as soon as possible. Mentors have been key to our success. It’s helpful to hear different perspectives, especially from people with experience in a given field. It has been incredible to have that advice and support. Learning from other people’s mistakes and successes can point you in the right direction and save you time,” Ms Louella concluded.