New View of Expanding Perspectives in the Geosciences 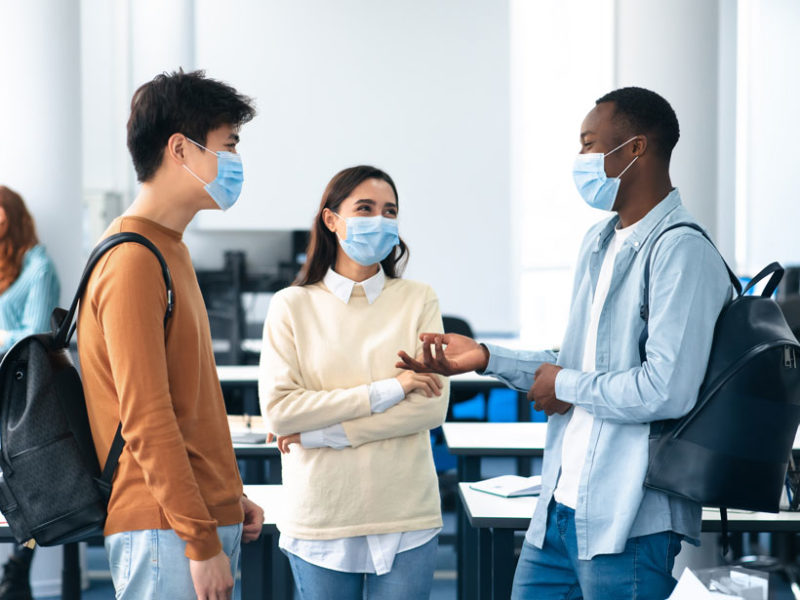 Geology and other geosciences, physical geography, and environmental sciences remain “disproportionately white” in the United Kingdom and the United States, according to a new study. Addressing reasons for this disparity and increasing minority representation in science, technology, engineering, and mathematics (STEM) careers, the authors argue, are crucial for creating a stronger academic field that is more fully capable of meeting challenges that cross disciplines and policy.

According to the new research, published in Nature Geoscience, geoscience students represent a narrow subset of the population in the United Kingdom. Between 2018 and 2019, just 5.2% of physical geography, 6.9% of environmental science, and 10.4% of geology postgraduate students identified as Black, Asian, or minority ethnic (BAME), even though these groups represent 18.5% of the 18- to 24-year-old population. In the past 5 years, there have been two years when no Black women took up full-time postgraduate research in geology or physical geography programs.

The U.S. panorama doesn’t look better. In the past 40 years, about 85% of people earning doctorates in geosciences have come from white, non-Hispanic backgrounds. According to National Science Foundation data, of the 610 geoscience doctoral degrees awarded to U.S. citizens in 2016, white students received 480 (79%), Asian students 28 (5%), Hispanic or Latino students 27 (4%), Black or African American students 11 (2%), and Native American students 5 (less than 0.1%)

The researchers agree that inequitable access to geoscientific education has one of its roots in how geosciences were historically defined: with colonialism, white supremacy, and resource exploitation. This legacy prevents early-career Black, Asian, Indigenous, LGBTQ+, and disabled researchers from identifying with the classic image of a geoscientist.

Natasha Dowey, a lecturer in physical geography at Sheffield Hallam University in the United Kingdom and lead author of the study, said that the first step to bridging the inclusion gap is decolonizing early geoscience education by supporting it with history and sociology classes for “telling the whole truth of the subject from different experiences and viewpoints.”

To support these perspectives, professors have to understand that students from underrepresented backgrounds can identify with more than one cultural or social identity. Recognizing such intersectional identities will help in “making sure that no student has been left behind,” said Ann-Marie Núñez from the Department of Educational Studies of The Ohio State University. Núñez was not involved in the Nature Geoscience study.

Greater inclusion in geoscience will help communities outside academia, the report authors contend: From studying air, soil, and groundwater pollution to making risk assessments and finding new minerals, Earth and environmental studies have everything to do with addressing the climate crisis. “If we don’t have a diverse workforce working on those problems, how are we going to be genuinely tackling them equitably across all communities?” asked Dowey.

Mitzy Cortés was selected by the U.K. embassy in Mexico City as an “Ambassador for a Day” to discuss the need for including the perspectives of women from Indigenous communities in the framework of the 26th U.N. Climate Change Conference of the Parties (COP26). Cortés is a Mixteca student at the National Autonomous University of Mexico’s Mexican Indigenous Languages Promotion and Advocacy project.

“Our academic research is fully determined by our life experiences. And we’ve been historically excluded for where we’ve [been] born, the color of our skin, and our gender. There’s no way to save the planet if those oppression systems are not disarticulated.”From Cortés’s perspective, research and decisionmaking on climate change issues are still taken from a privileged-exclusionary perspective. Establishing clean energy projects such as wind farms or hydroelectric plants, for instance, has serious consequences in Native and Indigenous territories, where land dispossession is a familiar practice. Those industries are often accompanied by territorial militarization, she said, which increases violence, especially for women. Including the perspectives of those who have experienced such a situation, she explained, is a necessary practice to find solutions to climate issues that don’t perpetuate violence against women from rural and Indigenous communities.

Dealing with climate change is much more than diminishing carbon emissions, Cortés said. It’s understanding how the climate crisis differently affects all communities around the world, especially those that have been historically marginalized.

“Our academic research is fully determined by our life experiences. And we’ve been historically excluded for where we’ve [been] born, the color of our skin and our gender….There’s no way to save the planet if those oppression systems are not disarticulated,” she concluded.

To bridge the inclusion gap, not just in geoscience but in STEM in general, much more effort from academia, government, and institutions is needed, said the paper authors.

Starting to change the elitist logic of high-tariff universities’ recruitment processes is a good starting point, explained Christopher Jackson, chair in sustainable geoscience at the University of Manchester in the United Kingdom and a coauthor of the new study. The tariff classification system describes “a university’s reputation in the international marketplace” on the basis of established entry standards data. High-tariff universities in the United Kingdom include Oxford, Cambridge, and University College London.

Institutions are also responding. In 2019, AGU started the first geoscience-focused inclusion initiative, the Bridge Program, as part of the Inclusive Graduate Education Network (IGEN). IGEN now has 31 partner institutions all over the United States.

The Bridge Program is focused on giving a second chance to students from underrepresented backgrounds—focusing on their personal stories, passions, and interests in science; mentoring them; and monitoring their academic development to ensure they graduate. These steps are needed to bridge the inclusion gap, said Pranoti Asher, assistant director for grants and education programs at AGU.

Like Cortés, Asher emphasized the importance of recognizing diverse perspectives when addressing the climate crisis and other instances of global change. “That’s what is needed to help future geoscientists to become the broad diverse thinkers that we need to solve all the incoming issues for the next decades,” Asher said.