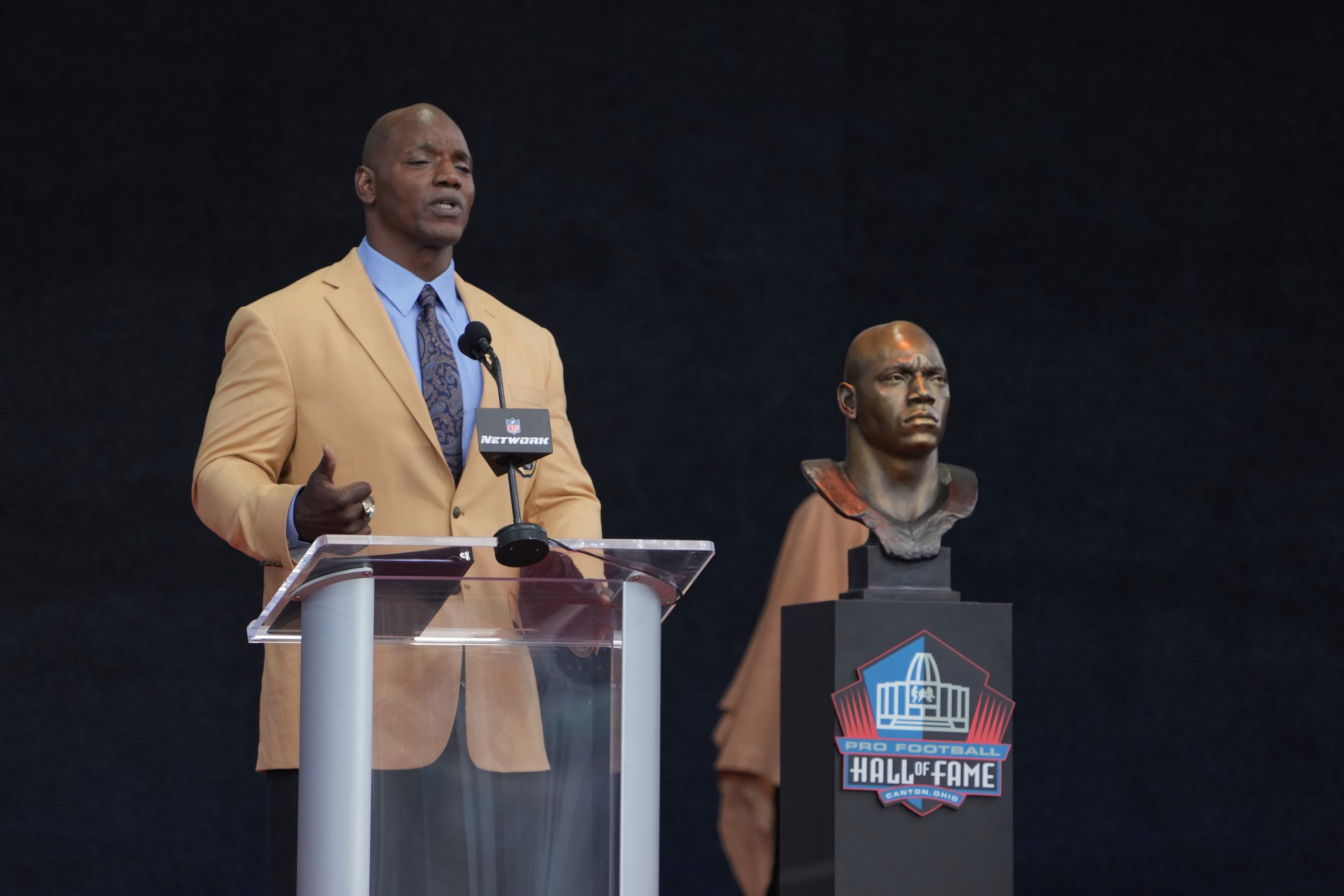 Longtime San Francisco 49ers defensive lineman Bryant Young was inducted into the Pro Football Hall of Fame on Saturday as part of the Class of 2022. His emotional speech was one of the highlights of the ceremony.

Young’s son, Colby, passed away of cancer in 2016 at only 15. He had been diagnosed and treated in 2014 but after complaining of a headache, Colby and his family learned that the cancer had returned and had spread. Young then shared memories of his son’s final days.

“Colby sensed where things were heading and had questions. He didn’t fear death as much as the process of dying. Would it be painful? Would he be remembered? We assured Colby that we’d keep his memory alive and continue speaking his name. On October 11, 2016, God called Colby home. Colby, you live on in our hearts. We will always speak your name.”

And while Young had to wait 10 years before being inducted into the Hall of Fame, he tied in his induction year with another way to honor his late son.

Bryant Young became a Hall of Famer in 2022.

His late son Colby’s favorite number was 22. It was only right.

Steve Mariucci, who coached Young for six seasons with the 49ers, was emotional after hearing Young’s speech.

“It’s why he’s here.”@stevemariucci was overcome with emotion listening to Bryant Young’s HOF speech, knowing how deeply deserving the former 49er is of the honor.

He was not alone. The NFL world paid tribute to the new Hall of Famer.

Bryant Young @Bgr8t …ALL of the respect to you and yours brother. Congratulations on your #HOF induction. Your speech was impeccable.

Ive been coming to Canton since 2003.

The speech Bryant Young just delivered was on the most beautiful, heartfelt and heartbreaking speeches I’ve ever heard here at the @ProFootballHOF

To call 49ers’ Bryant Young a class act doesn’t do him justice. His speech today was like a window into his soul, and the view was spectacular.

Bryant Young won respect of teammates and those he lined up against with his actions and his class. He rarely spoke up. Just now, he undoubtedly earned the respect of football fans everywhere with his words. He just delivered a GREAT Hall of Fame speech.

This speech by Hall of Famer Bryant Young

What a powerful speech from Bryant Young. Wow!

Young was drafted seventh overall by San Francisco in 1994. In his rookie season, he recorded six sacks for the 49ers and helped them win Super Bowl XXIX — to date the last championship in the franchise’s history.

In 1998, he suffered what appeared to be a career-threatening knee injury but returned the following year and recorded 11 sacks, earning the NFL Comeback Player of the Year honors, was named Second-team All-Pro and went to the Pro Bowl.

Young remained with the 49ers through his entire career, retiring in 2007.