Nobody Saves the World Devs Break Down How Customization Works 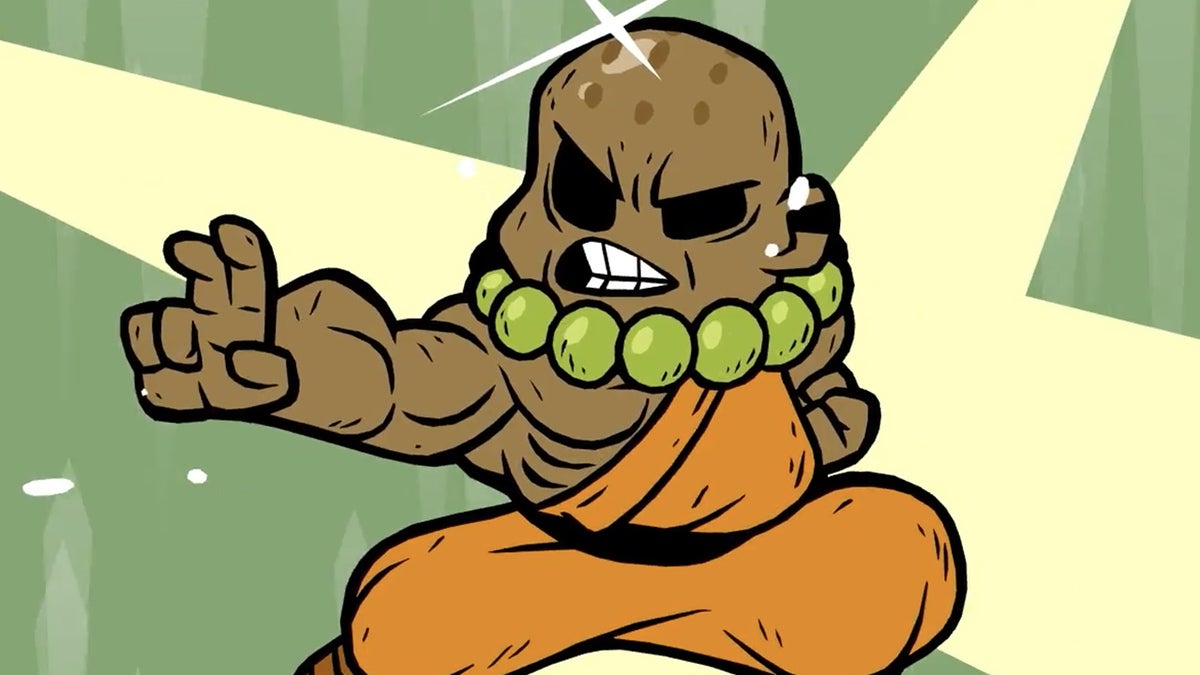 Nobody Saves the World, the next game from Guacamelee developer Drinkbox Studios, is far from just about playing as Nobody, the Greendale Human Being-esque hero of this story. At the core of its gameplay, NSTW lets players transform Nobody into a series of unlockable forms, ranging from a rat, to a monk, to a horse, to a party magician, and much more. But Drinkbox cleverly doesn’t limit a player’s abilities to just those of their chosen form; as you progress, you’ll have the ability to mix and match the abilities of forms to satisfy mission requirements, pull off wild combinations in battle, and just generally get creative with your wacky arsenal.

The possibilities are expansive, and now even more so that Nobody Saves the World is confirmed to have online co-op when it launches in early 2022. So to find out more about the implementation of this customization, how co-op added complexity and fun to the system, and more, IGN spoke with Drinkbox’s Graham Smith and Ian Campbell, and for a crash course on the ability swapping feature, watch the video below, and read on for more details on Drinkbox’s design.

Drinkbox’s Ian Campbell and Graham Smith made it clear that the ability swapping between forms has been a key part of NSTW since their initial proposal for the game, having been heavily inspired by things like Final Fantasy Tactics’ job system and its freedom of letting players train up various jobs and share abilities.

“It was a key component of the original vision,” Campbell said, though it has certainly been a process to narrow down what powers ultimately ended up in the game. “There’s a balance of the moves being true to the form and having synergies with other things. That only gets you so far, then you put it in the game, and you’re like, ‘Oh, it doesn’t really combine well with anything.'”

The team certainly had no shortage of ideas when it came to designing the powers of the various creatures, humans, and other things players would end up playing as.

“We have this huge laundry list of forms that we could be working on,” Smith said, noting that testing powers together often helped to whittle down that list. “Whenever it was time to put it in another form or two, we would use the idea of synergies. ‘Okay, what holes do we have in our current set of abilities? Which of these forms do we think would fit into that and how could they interact with the things that we already have?’

“That ended up working out well. Although sometimes you end up adding a form, you put some abilities in, and it completely breaks the game,” he continued, noting it was a process of always iterating on powers and forms to fix those problems when they arose.

The pair offered a couple amusing examples of aspects that needed to be scaled, like the monk’s holy light ability, which hits everyone on screen, so if it was paired with a status effect like poisoning every foe, combat lost much of its tension. Similarly, the horse had a graze ability to gain mana back, which, when combined with healing abilities in NSTW, meant players could, after every battle, completely re-fill their health and mana, sucking any of the challenge out of pushing through the game’s various dungeons.

“If you discovered this exploit, it would just completely break the pacing of the game, if you tried to use it, so we had to remove that [horse] graze ability.”

“You could put that on any form either as well, but then as soon as we started adding healing abilities into the game, then we realized, ‘You can, after every fight, stop, get your mana back, heal, get your mana back, heal.’ If you discovered this exploit, it would just completely break the pacing of the game, if you tried to use it, so we had to remove that graze ability,” Smith said.

There are, of course, plenty of wacky and exciting power combinations left for players to discover when Nobody Saves the World is released, but the complexity of the system only increases thanks to the addition of online co-op, the first for any Drinkbox game (though the studio has done local co-op before).

The feature, which was born out of Microsoft, when speaking to the studio about the game, asking if they could implement online multiplayer, did raise some questions for the team, specifically around progression and how that would work for both players. Drinkbox eventually came to the conclusion that one Nobody would be coming into another player’s instance of NSTW, so while that player won’t be carrying progress from the session back with them, they can help you progress in your world. The studio worked to have progress carry over, but in the end, too many problems kept arising and the team wanted to ensure they could still finish the game while including online co-op support in some form.

“We spent a lot of time discussing how we could make the other way work because it would feel good if you had your own saved game and you could bring that into your friend’s saved game,” Smith said. “The problems that we were confronting were just too complicated for us to be able to solve in any good way. Every time we solved one [issue], there were three others right behind it, just in order to be able to get the game done and support online co-op at all.”

But players will still find plenty to discover by jumping into co-op, including the amusing opportunity to combine more powers than you can while playing alone. Drinkbox has gone to great lengths to ensure that players, whether they’re a couple of Nobodies playing together are a lone Nobody out to save the world, find fun and interest in exploring all of NSTW’s various forms and testing out their skills, even if they may naturally gravitate toward certain powers or forms.

“We try to make sure every form is fun to play and has its own strengths and weaknesses. Every form has at least two or three things that are unique to it to give it a definite personality that cannot be changed by bringing in different moves,” Campbell said. “So it’s both a distinct personality for the form and something that you’re keeping in mind when you’re customizing around it because otherwise you’d be like, ‘Oh, I’ll just put in my favorite stuff.'”

Players will be able to discover all of those forms, and the incredible number of ability swapping that can be done with them, early next year, but for more, be sure to read our Nobody Saves the World hands-on preview to learn about this fun new spin on the action-RPG genre. And check out our Guacamelee 2 review if you haven’t checked out Drinkbox’s most recent game.

Jonathon Dornbush is IGN’s Senior Features Editor, PlayStation Lead, and host of Podcast Beyond! He’s the proud dog father of a BOY named Loki. Talk to him on Twitter @jmdornbush.