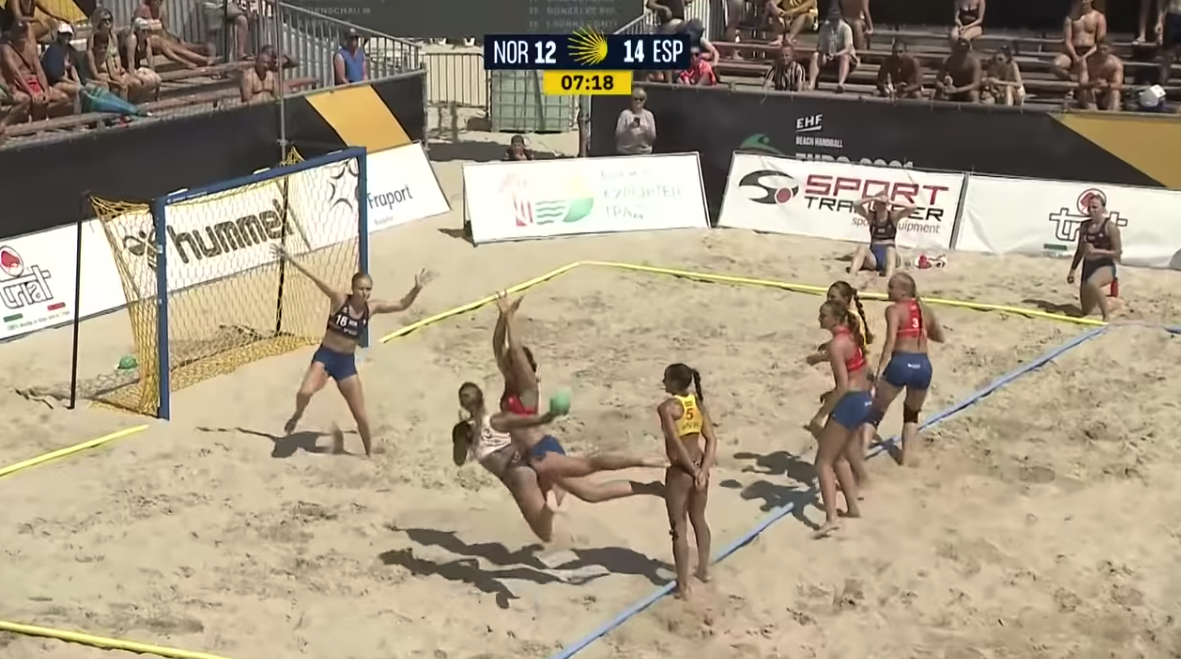 (NEXSTAR) – The European Handball Federation announced Monday that it was fining the Norwegian women’s team for wearing spandex shorts instead of the mandated bikini bottoms.

The federation said the “case of improper clothing” during the European Handball Championship bronze medal game Sunday against Spain resulted in a 150 euro fine per player, or about $176, with a total fine of 1,500 euros.

Clothing guidelines from the International Handball Federation state that, while male players can wear shorts that extend to “10 centimetres above the kneecap,” female athletes “must wear bikini bottoms that are in accordance with the enclosed graph, with a closed fit and cut on an upward angle toward the top of the leg,” adding that the maximum side width is 10 centimeters.

The Norway Handball Federation backed the team’s decision to wear the thigh-length shorts, saying in a statement “together we will continue to fight to change the rules for clothing, so that players can play in the clothes they are comfortable with!”

The Norwegian team had petitioned to play in shorts before the European Championship games, according to Norway’s NRK News, but ended up starting the tournament in bikini bottoms after they were threatened with possible disqualification.

Then on Sunday, before their last match, the team decided to go through with the protest.

“It was very spontaneous,” player Katinka Haltvik told NRK. “We thought that ‘now we just do it, then we will see what happens.'”

Women’s beach volleyball, another international sport in which players often wear bikini bottoms, no longer has a dress code requirement after a rule change in 2012.

“It’s completely ridiculous,” Abid Raja, Norway’s minister for culture and sports, stated on Twitter. “What a change of attitude is needed in the macho and conservative international world of sport.”

News of the fines comes after a Welsh Paralympic world champion, Olivia Breen, said officials at Sunday’s English Championships told her that her sprint briefs were “too short and inappropriate.”

“I have been wearing the same style sprint briefs for many years and they are specifically designed for competing in,” Breen wrote, in part. “I will hopefully be wearing them in Tokyo. It made me question whether a male competitor would be similarly (sic)criticised.”