The Minister of Health, José Ruales, confirmed that only one of the five cases of monkeypox confirmed in Ecuador remains hospitalized. 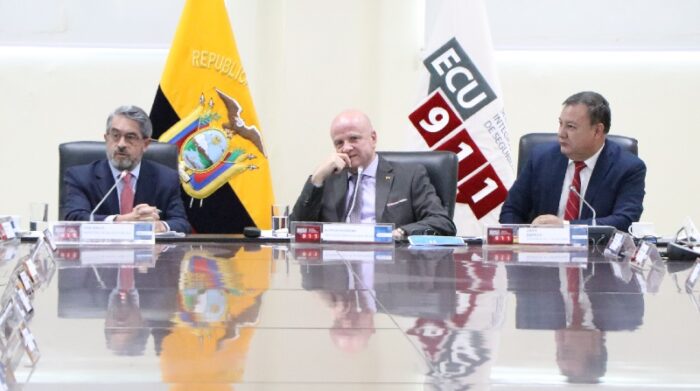 José Ruales (i), Minister of Health, assured that the cases of monkeypox were imported.

According to the head of the State portfolio, the patient is isolated in a health home due to isolation, “not because there is any seriousness but because we need to have him isolated while we identify all the contacts in his fence .”

At a press conference, Ruales said that epidemiological fences were carried out in all confirmed cases of monkeypox in Ecuador. The first patient passed the 21 days and his contacts are discharged . In none of these cases were there complications.

More than 100 cases of monkeypox, ruled out

“There are many alarms, many smallpox suspects. Around 120 cases have been ruled out for many other diseases that have skin rashes”, explained the Minister.

Globally, an increase in monkeypox numbers has been observed in the last two weeks . For this reason, the World Health Organization (WHO) declared monkeypox a disease of international concern.

“Ecuador is in group 2, which are those that have had a presence of smallpox transmitted internationally,” Ruales said. “That is, the contacts have all been imported cases and we have cases in the last 21 days.”

The Minister of Health pointed out that the necessary measures are being taken against monkeypox, such as laboratory tests and training for epidemiologists and medical personnel.

Share
Previous The ‘lipstick index’ says people buy more makeup when times get tough. Here’s where it comes from — and whether it can really predict a recession.
Next クックパッドマートのドライバー向けWebアプリケーション