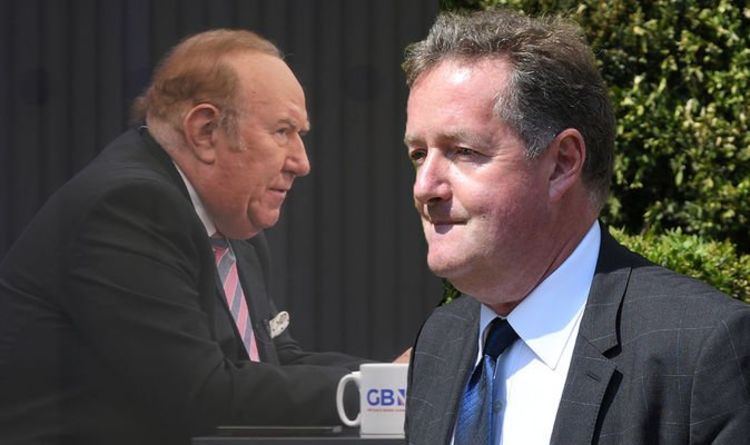 Piers Morgan, 56, left Good Morning Britain back in March and since then there has been plenty of speculation over where he will appear next, including new channel, GB News. However, the TV host appears to be in no rush to rejoin a news programme just yet, as he admits being quite content to post his observations and opinions in view of his eight million Twitter followers.

His wife Celia Walden has said most people thought he would be keen to snap up a GB News offer, as she relayed his response to the speculation: “Of course, they asked. But I’ve had lots of offers and it’s not as if I need a platform.

“I have eight million Twitter followers, although, for what it’s worth, I think GB News are on to something and will succeed in the end,’” she repeated in The Telegraph.

Piers stepped down from Good Morning Britain at the beginning of the year after he clashed with weatherman Alex Beresford over his comments on Meghan Markle.

After the Oprah Winfrey clip aired, the father of four said during the episode: “I’m sorry, I don’t believe a word she says.

“I wouldn’t believe her if she read me a weather report.”

An Ofcom spokesperson later announced: “We have launched an investigation into Monday’s episode of Good Morning Britain under our harm and offence rules.”

After the TV regulator confirmed their investigation, Piers addressed his divisive comments about Meghan’s mental health on the show.

He said: “When we talked about this yesterday, I said as an all-encompassing thing I don’t believe what Meghan Markle is saying generally in this interview, and I still have serious concerns about the veracity of a lot of what she said.

Piers later handed in his resignation, with ITV delivering a statement that confirmed they had “accepted this decision” and the star later said he “does not regret” his comments on the Duchess.

Since the star stepped down from GMB, many have said it isn’t the same without him.

Bookies have even given him odds-on to return to presenting the show by the end of the year.

“It has now been five months since Piers Morgan left Good Morning Britain and our betting suggests he could make a sensational return to the breakfast show on ITV. We make him odds-on to be back in his seat before the year is out,” said Coral’s John Hill.