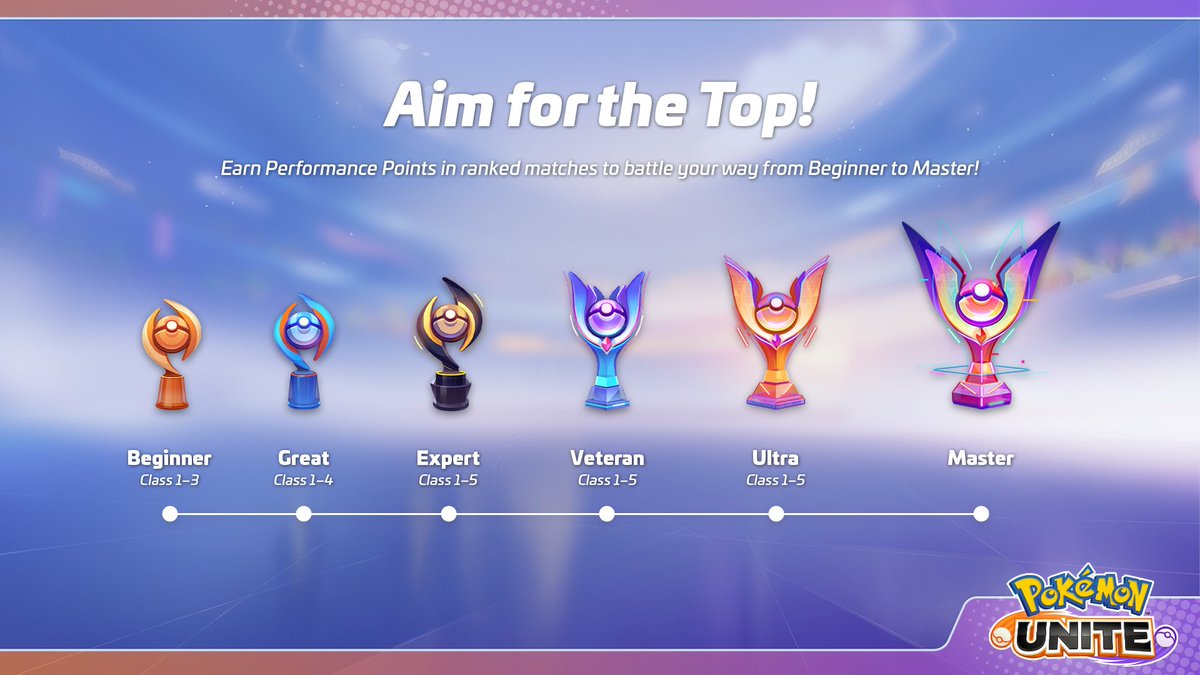 As a competitive-focused game, the Ranked Match system is the heart and soul of Pokemon Unite, the beloved creature-training’s entry into the MOBA genre of games.

It’ll take you a while to reach even being able to play Ranked Matches, as it’ll only open up to you once Pokemon Unite is sure that you’re up for it. Once you hit Trainer Level 6 and unlock Ranked Match, however, all bets are off – at that point you can hop in and truly test your mettle against other trainers.

In this guide, we explain how ranked matches work, including explaining how the ranking system works and how you can attain its various player ranks.

How to Unlock Ranked Matches

As we noted above, the first thing you’ll need to do before you can get stuck into Ranked Matches is, er, unlock them. To do that, you’ll first need to be Trainer Level 6.

Reaching trainer level 6 is easy enough, and should take you an hour or so at absolute most. To reach trainer level 6, head to the standard mode and engage in battles with random players there. This is unranked, so it’s low pressure, and will also serve as great practice for actually heading into ranked battles.

Second, however, once Ranked Match is unlocked you’ll still need to make sure you have a full five Pokemon to call your own in order to enter the matches. You can of course purchase Pokemon with Gems or Aeos Coins in the Pokemon Unite store.

Once you hit the Ranked Match system, there are two elements of the ranking system you need to know about and understand: Ranks and Classes.

Let’s start with Ranks. There are six ranks in total in Pokemon Unite: Beginner, Great, Expert, Veteran, Ultra, and Master.

Each Rank has its own ‘cup’ – and cups are active for seasons. This will all be familiar if you’ve played similar service-based multiplayer games. Your progression will only be counted within each season, and the exact rewards might vary from one season to the next.

Within each rank, however, there are a number of classes. In order to raise yourself to the next rank, you’ll first need to rise through the classes within that rank.

If you’re playing in the Beginner Rank and Beginner Cup, for instance, it contains three classes. You’ll need to rise through these classes – and when you do, you’ll then rank up to the Great Cup, which this time contains four classes – and so on and so forth. Here’s how many classes each Rank has:

Beyond this, the concept is broadly simple – if you win you’ll be slowly promoted up the tiers based on your performance, while losing will see you demoted down the cup tiers. Your current cup ranking will determine your opponents; you’ll be matched against players of a similar skill.

In order to level up a class, you simply need to win matches. Winning a match grants you a point towards your next class, while losing deducts a point in turn. Essentially, if you consistently win more than you lose, you’ll consistently rank up. We’ve listed the number of points needed to get out of each rank above.

The Master Rank doesn’t have classes, and simply has a new ranking system where players are ranked in a more granular fashion based on their victory points obtained while playing.

As well as the EXP, Aeos Coins and Aeos Energy you’ll garner for winning matches, there’s also a broader reward for you to obtain based on your progress up the ranking ladder in any given season.

The exact rewards will vary from Season to Season, but at the very least you can expect to pick up thousands of Aeos Tickets for reaching the basic ranks – and if you reach the higher end of Elite and above, you’re talking five figures.

Aeos Tickets can be used to buy fashion items for your trainer in the Aeos Emporium – allowing you to customize your character. This is a base reward, but depending on the season other rewards will be available too.