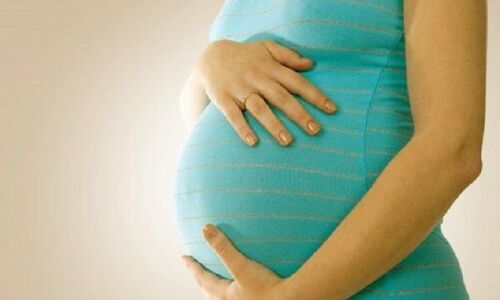 Intrahepatic cholestasis of pregnancy (ICP) is defined by gestational
pruritus and elevated total serum bile acids (TSBA). The incidence of ICP
varies between 0.2 and 5.6% of pregnancies, which may be accounted for by differences
in ethnic populations as well as the diagnostic criteria used. Diagnostic
thresholds for ICP range from ≥6 to >15 lmol/l, depending upon hospital and
national guidelines and there is currently no consensus as to whether TSBA
should be measured fasting or postprandially, although it is well documented
that TSBA concentrations rise after food.

No pharmacological treatment or monitoring strategy has been
found to reduce stillbirth in ICP, such that many women undergo iatrogenic
preterm birth with the aim of reducing this risk. However, preterm birth is
associated with an increased risk for the neonate, including respiratory
distress and cognitive impairment in childhood. As a result, correct diagnosis
of the severity of ICP is necessary to enable clinicians to identify women with
TSBA levels associated with increased risk of stillbirth to facilitate informed
decision-making about timing of deliver.

To address concerns regarding accuracy and thresholds for
ICP diagnosis, Mitchell AL and team performed three interlinked studies. In the
first, they measured fasting and serial postprandial TSBA levels in response to
standardised meals in women with ICP and uncomplicated pregnancies. In the
second study, they determined reference intervals for postprandial TSBA from a
separate cohort of women in their third trimester of uncomplicated pregnancy.
In the third study, data from a published individual patient data meta-analysis
were used to compare rates of adverse perinatal outcomes for women with ICP but
peak TSBA below the upper reference limit for TSBA identified in Study 2 with
matched normal populations, to determine the effect of altering the diagnostic
threshold for ICP.

The study was Case–control, retrospective cohort study. It
was carried out at Antenatal clinics in clinical research facilities. Women
with ICP or uncomplicated pregnancies were included. Serial TSBA measurements
were performed pre-/postprandially in 42 women with ICP or uncomplicated
pregnancy. Third-trimester non-fasting TSBA reference ranges were calculated
from 561 women of black, south Asian and white ethnicity. Rates of adverse
perinatal outcomes for women with ICP but peak non-fasting TSBA below the upper
reference range limit were compared with those in healthy populations. Sensitivity
and specificity of common TSBA thresholds for ICP diagnosis, using fasting and
postprandial TSBA. Calculation of normal reference ranges of non-fasting TSBA.

Concentrations of TSBA increased markedly postprandially in all groups,
with overlap between healthy pregnancy and mild ICP (TSBA<40 lmol/l).

The specificity of ICP diagnosis was higher when fasting,
but corresponded to <30% sensitivity for diagnosis of mild disease.

This study revealed the diurnal variation in TSBA in both
cholestatic and uncomplicated pregnancies, demonstrating the difficulties in
determining clinically appropriate diagnostic thresholds to identify affected
women with acceptable sensitivity and specificity. Considering that the adverse
perinatal outcomes of ICP are associated with peak TSBA concentration,
measuring non-fasting rather than fasting TSBA has greater clinical relevance
for decisions about patient management according to severity of
hypercholanaemia.

As a woman’s typical TSBA concentrations are probably more
relevant to the fetal bile acid exposure and stillbirth risk than TSBA results
after a fixed meal stimulant, authors suggest that this non-fasting reference
range is of greater clinical relevance. Fasting TSBA concentrations of women with
mild ICP from standardised diet study were generally below the current
diagnostic thresholds, and most women who had severe ICP (TSBA ≥40 lmol/l13)
would not have been diagnosed as such using fasting samples. The
European Association for the Study of Liver threshold currently suggests that
fasting TSBA ≥11 lmol/l is diagnostic. However, this may miss correct risk stratification,
as TSBA levels in women whose fasting TSBA level is <40 lmol/l can rise postprandially to ≥40 lmol/l, when risk of perinatal complications is increased, or even higher to ≥100 lmol/l, when the risk of stillbirth is elevated.

Based upon the results of this study, authors suggest that a
non-fasting TSBA value of ≥19 lmol/l is used as a clinical diagnostic threshold
for ICP, as an alternative to fasting thresholds. It is important that pregnant
woman with otherwise unexplained pruritus whose non-fasting TSBA levels are
<19 lmol/l are monitored regularly for changes in TSBA, given that pruritus often predates hypercholanaemia.

Use of appropriate diagnostic levels is likely to reduce the
number of women diagnosed with ICP, thereby reducing maternal anxiety, avoiding
unnecessary antenatal consultations and potential complications associated with
iatrogenic preterm birth. Furthermore, the use of postprandial TSBA
measurements is more likely to identify women with TSBA ≥100 lmol/l and at
increased risk of stillbirth, and will empower clinicians to individualise
interventions aimed at reducing the risk of adverse outcomes in this small but
important group of women.