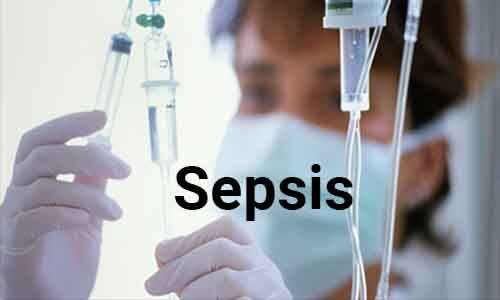 Pregnant patients may be particularly susceptible to rapid
progression to sepsis and septic shock due to pregnancy-specific physiologic,
mechanical, and immunological adaptations. This increase may be associated with
evolving characteristics of obstetric patients, including older age, increased
body mass index scores and increasing prevalence of chronic comorbid
conditions.

Pregnancies complicated by sepsis are associated with
increased rates of adverse obstetric outcomes, including cesarean delivery,
postpartum hemorrhage, and preterm delivery. Much of current understanding of
sepsis in pregnancy is based on studies of peripartum infections occurring
during labor or the postpartum period, such as septic abortion, intra-amniotic
infection, and endometritis.

There is abundant evidence regarding placental dysfunction
after maternal infection with pathogens capable of causing placental or fetal
infection.

Antenatal risk stratification for placental disorders is of
paramount importance, given that impaired placental development and function
are important factors associated with multiple pregnancy complications,
including preeclampsia, placental abruption, preterm birth, infants born small
for their gestational age, and stillbirth.

The objective of this
study carried out by Christine A. Blauvelt and team was to describe perinatal
outcomes among patients with an antepartum sepsis hospitalization who recovered
from their infection and did not deliver prior to hospital discharge.

This retrospective cohort study was conducted using data
from August 1, 2012, to August 1, 2018, at an academic referral center in San
Francisco, California. Included patients were all individuals with
nonanomalous, singleton pregnancies who delivered after 20 weeks’ gestation
during the study period. Data were analyzed from March 2020 through March 2021.
The primary outcome was a composite of perinatal outcomes associated with
placental dysfunction and consisted of 1 or more of the following: fetal growth
restriction, oligohydramnios, hypertensive disease of pregnancy, cesarean
delivery for fetal indication, child who is small for gestational age, or
stillbirth.

This cohort study found that patients with a history of antepartum
sepsis had statistically significantly higher odds of obstetric complications
associated with placental dysfunction. When adjusting for possible
confounders, including maternal age, parity, BMI score, and medical
comorbidities, patients with antepartum sepsis had nearly 2-fold higher odds of
placental dysfunction compared with patients without antepartum sepsis.
The timing of infection during pregnancy also had important associations with
perinatal outcomes. Early infection (ie, at less than 24 weeks’ gestational
age) was associated with the greatest increase in odds of composite placental
dysfunction, hypertensive disease of pregnancy, and newborns who were small for
gestational age.

Authors hypothesized that the dysregulated host response to
maternal infection that occurs during sepsis may disrupt placental development
and function, leading to poor perinatal outcomes among these patients.

The recognition that antepartum sepsis may be associated
with placental dysfunction has important implications for pregnancy management.
Ultrasonographic screening for fetal growth restriction may be considered for
patients with a history of antepartum sepsis. Of 7 patients in our study who
delivered infants who were small for their gestational age, 4 patients (57.1%)
had growth ultrasonography screenings in the third trimester and 1 patient
(14.3%) was diagnosed with fetal growth restriction prenatally.

Fetal growth restriction is known to be associated with
increased risk of stillbirth, neonatal morbidity, and mortality, underscoring
the potential need for increased antepartum surveillance for pregnancies complicated
by antepartum sepsis. Authors also observed increased rates of hypertensive
disease of pregnancy in the sepsis group, occurring in approximately 24% of
patients. Of note, most of these individuals (9 patients [64.3%]) exhibited
mild hypertensive disease at the time of delivery. These findings suggest that
patients with antepartum sepsis should be counseled on signs and symptoms of
preeclampsia and receive close monitoring of their blood pressure.