putin is personally giving orders to his generals on the

Putin is personally giving orders to his generals on the battlefield as dysfunction grows, according to US intel 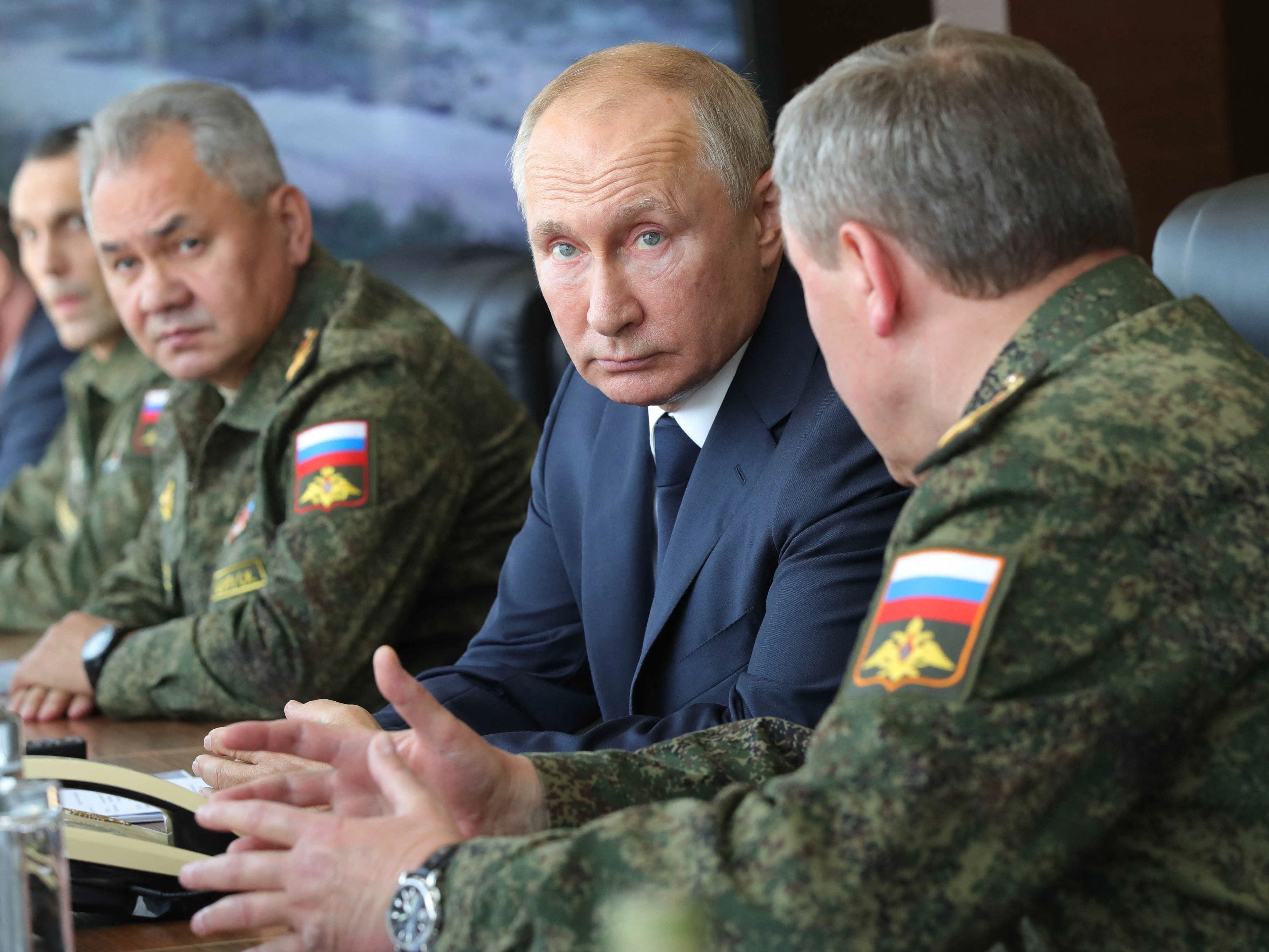 Russian President Vladimir Putin is personally giving orders directly to his generals on the battlefield in Ukraine, causing confusion within his military leadership, according to a new report.

CNN reported Thursday that intelligence intercepts have captured Russian military officers arguing about strategy, tactics, and Putin’s decision-making from Moscow, even voicing their frustration with loved ones back home in Russia. The report cited multiple unnamed sources familiar with US intelligence.

In the face of ongoing Ukrainian advances, which appear to have taken a toll on Russian forces, top Russian officials have responded by shifting the blame from Putin and pinning the blame on others, the report said.

“Kremlin officials and state media pundits have been feverishly discussing the reasons for the failure in Kharkiv and in typical fashion, the Kremlin seems to be attempting to deflect the blame away from Putin and onto the Russian military,” a senior NATO official told CNN.

Since the start of September, Ukrainian forces have liberated thousands of square miles of territory that was previously occupied by Russian troops as part of a counteroffensive in the country’s south and northeast. In some cases, the speed of Ukraine’s advances in the northeast Kharkiv region seemingly stunned Russian troops, forcing some to flee in panic and abandon their weaponry.

In response to battlefield setbacks, Putin delivered a rare televised address on Wednesday in which he announced a partial military mobilization — a move that could see hundreds of thousands of reservists drafted to go fight in Ukraine. During his speech, Putin also threatened to use nuclear weapons and baselessly accused the West of provoking him.

Western officials and conflict analysts have said that the mobilization announcement is unlikely to have any near-term impact on Russia’s nearly seven-month-long war in Ukraine and noted that the move comes from a place of ongoing military desperation rather than success.

“Putin is not operating from a position of strength; rather, this is another sign of his failing mission,” US Secretary of State Antony Blinken said late Wednesday night. “We have every confidence that the people of Ukraine will continue to demonstrate resolve and bravery on the battlefield in support of their sovereignty and independence.”

Some experts have said Putin’s mobilization efforts are likely to encounter significant challenges.

“Russia will struggle to mobilize a significant number of troops quickly. The 300k figure [of reservist troops] strikes me as unrealistic,” John Hardie, an expert focused on Russian foreign and security policy at the Foundation for Defense of Democracies, explained in a statement shared with Insider. “Russia’s is not a mass-mobilization military like the Soviet one; it’s not built to quickly intake a large number of mobilized personnel.”

The mobilization announcement came one day after Kremlin-backed pro-Russian separatists in four occupied regions in eastern and southern Ukraine announced they would hold referendums on joining Russia later this week, which officials in Ukraine and much of the West have slammed as a total sham. They said they would not accept the outcomes of any such vote.