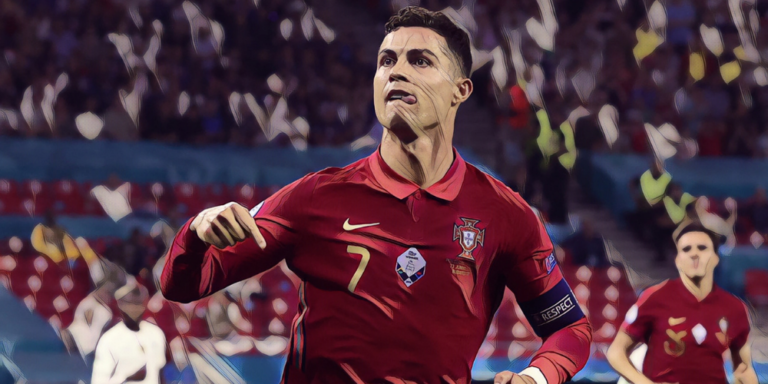 Cristiano Ronaldo is now the leading scorer in international football history, with the Portuguese superstar scoring his 110th and 111th goals to break the world record.

The 36-year-old had equalled the record with a double against France at Euro 2020 and a night of landmarks also saw the Manchester United man equal Sergio Ramos’ European record caps on what was his 180th appearance for Portugal.

Following Ronaldo’s record-breaking moment, here’s a look at who else makes up the top five highest scoring international footballers of all-time.

Aside from avid viewers of Zambian football, Godfrey Chitalu may well be an unfamiliar name to football fans.

The striker spent his whole career playing in his native Zambia, turning out for both Kitwe United and Kabwe Warriors during his 18-year playing career. A lethal marksman, in one year in particular – 1972 – Chitula claims to have scored 100 goals in all competitions, exceeding the 91 scored by Lionel Messi in 2012.

While that record may sound good to Pele, the wider footballing world has not recognised it as a proper world record. Luckily for Chitalu, no one can deny his excellent goalscoring record for his country, with his 79 goals in 111 games no mean feat. The majority may have come against fellow African opposition, although he did score in a 3-1 defeat to the Soviet Union at the 1980 Olympic games.

No disrespect to Chitalu, but the man in fourth place on this list is a much more famous individual and one of the greatest to have played the game.

The Hungarian international was a superstar during the 1950s and 60s, winning three European Cups at Real Madrid and striking up one football’s most memorable forward partnerships with the equally brilliant Alfred Di Stefano.

A star in Europe, Puskas was a God in Hungary and helped his nation to Olympic glory in 1952, as well as reaching the World Cup final in 1954 – a tournament in which he would be voted best player.

What’s most impressive about this legendary figure is his strike rate however, having scored 84 goals in just 85 games – a truly ridiculous tally.

Just ahead of the great Puskas is former Malaysian footballer Mokhtar Dahari, who bagged his 86 goals in an impressive 131 games.

Another name perhaps unfamiliar to the wider footballing world, yet you don’t find yourself third on the all-time list of international goalscorers without having been an extremely talented footballer.

That talent was on display when Dahari scored against an England B side managed by Bobby Robson back in 1978, “Super Mokh” reportedly scoring from the halfway line against ‘keeper Joe Corrigan.

An equally as impressive performance against Arsenal in 1975 led to rumours of a move to the Gunners, Dahari also rubbing shoulders with Diego Maradona during his side Selangor FA’s meeting with Boca Juniors.

The man who Ronaldo has eclipsed is none other than Iranian idol Ali Daei.

Daei not only scored goals for fun with Iran, but also took the plunge and tried his hand at European football, turning out for Bundesliga sides Hertha Berlin and Arminia Bielefeld as well as Bavarian giants Bayern Munich – with whom he won the 1998/99 Bundesliga title.

Among some of the career highlights for the man nicknamed  ‘Mr Goal’ include firing his country to the 1998 World Cup; finishing as the top scorer as Iran won the 1998 Asian Games, and scoring four in a 19-0 victory over Guam in 2000. Legend.

The Portugal forward has already cemented his place as one of the finest and most memorable players of all-time regardless of what happens in the future, with his legend only enhanced after becoming international football’s all-time leading goalscorer.

Loved in Lisbon, adored in Manchester, idolised in Madrid and respected in Italy, Ronaldo has had a near on perfect footballing career, winning five Champions League trophies as well as two major trophies with Portugal – including the European Championship in 2016.

Ronaldo is now the leading scorer in the history of the Champions League, Real Madrid, Portugal and international football, his career having seen the five-time Ballon d’Or winner set record after record – with few signs of the superstar slowing down.

Ronaldo remains a talismanic figure for his nation and their greatest ever footballer, whilst Manchester United will be hoping he can bring his golden touch to the Premier League once more following a stunning return to Old Trafford this summer.

He may divide opinion at times, but for the 36-year-old to still be dominating Europe is a testament of both his skill and his hard work. Hey, if he plays for five more years who says he can’t get 150 international goals.