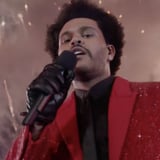 If you’re still reeling from The Weeknd’s Super Bowl LV halftime show performance, get ready to relive the magic all over again. On Sept. 1, Showtime and Pepsi dropped the trailer for the musician’s upcoming documentary fittingly titled The Show. The 90-minute feature is directed by Emmy-nominated producer Nadia Hallgren and will give viewers a behind-the-scenes look at the making of The Weeknd’s epic February performance.

“This documentary is a unique glimpse into the passion, work and cinematic mindset that went into the creation of the show,” The Weeknd said in a statement, according to Variety. “It extends the narrative for fans and viewers who like to get lost in how the historic show we all grow up watching is built.”

The Weeknd's “Take My Breath” Ushers in a New Dawn, and We've Never Been More Ready

On top of his Showtime documentary, The Weeknd is also currently working on his fifth album and a new cult drama series for HBO titled The Idol with Euphoria‘s Sam Levinson. The Show premieres on Showtime on Sept. 24.

Search more articles here: Relive the Magic of The Weeknd’s Super Bowl Halftime Show With His

Read original article here: Relive the Magic of The Weeknd’s Super Bowl Halftime Show With His