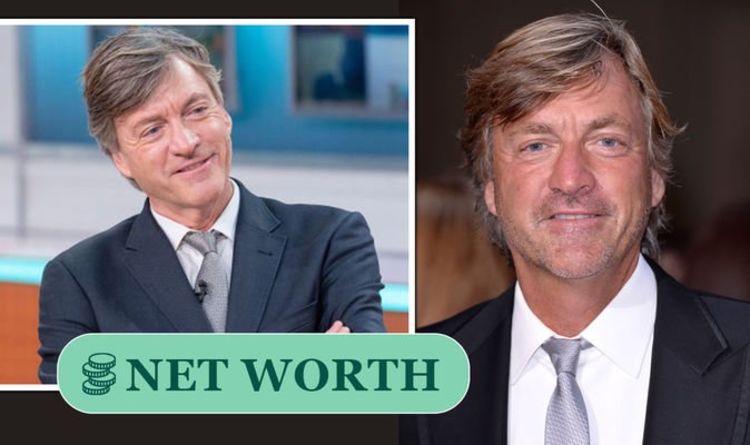 Richard Madeley is currently a guest presenter on Good Morning Britain, sitting in Piers Morgan’s former seat and hosting alongside Susanna Reid. The TV personality is also a columnist and novelist and has amounted to a huge sum since he started out in the industry and has gone on to become a household name. But what is his net worth?

According to celebritynetworth.com, Richard Madeley has a net worth of $5million (£3.6million).

Richard, one half of Richard and Judy the famous television presenting duo was born in Romford, Essex, England in May 1956.

He started his career in the media working at local newspapers and at the age of 19, he became a news producer and presenter for BBC Radio Carlisle.

From there, he went onto be a reporter on the Lookaround local news for Border Television before fronting its equivalent Calendar with Richard Whiteley on Yorkshire TV and then onto Granada Report in the early 1980s.

This is where he met Judy Finnigan who was assigned to assist him on his first day.

Richard and his wife Judy presented This Morning from its inception in October 1988 until July 2001.

The show was a mix of celebrity interviews, household tips, cookery and phone-ins and lasted approximately two hours each weekday morning on ITV.

It was originally broadcast from the Albert Dock in Liverpool before production moved to London in 1996.

The couple were so closely associated with the show, that many people referred to the programme as Richard and Judy, rather than This Morning.

Since leaving the show, Madeley has been featured as a guest, publicising his autobiography.

The couple joined the show’s subsequent presenters, Phillip Schofield and Holly Willoughby, in October 2009, to celebrate its twenty first birthday.

Richard and Judy returned to This Morning in October 2013, to celebrate 25 years of the programme live from the show’s original home at the Albert Dock in Liverpool.

Last year, they returned to This Morning to present a one off-special.

Richard went onto present The Wright Stuff from 2012 until 2017.

In 2017 he then took up the guest presenting role at Good Morning Britain.

But since Piers Morgan sensationally earlier this year, he has been seen hosting with Susanna far more frequently than previous years.

Whilst working on their daytime show, the pair have had time for other projects.

Richard presented several series of a TV version of the classic board game Cluedo, game show Connections, the daytime quiz Runway as well as a series on the world’s wildest weather, Eye of the Storm. He hosted the ITV1 show Fortune: Million Pound Giveaway, and was presenter for the unaired pilot of the home video show You’ve Been Framed.

He has also hosted the popular news quiz Have I Got News for You in 2007, and then featured as a guest panellist in 2011.

He has also sat in for Richard Bacon on BBC Radio 5 Live as well as Chris Evans’ Breakfast Show on BBC Radio 2.

He appeared on Piers Morgan’s Life Stories in April 2009 and was a guest on BBC Question Time in January 2010. In 2011, Madeley was featured in the eighth season of Who Do You Think You Are?, tracing his mother’s ancestors to Canada and the United States. In April 2013, he appeared as a Dictionary Corner guest on Countdown for five shows.

Richard has also resented his own BBC Radio 2 show, Madeley on Sunday and covered for Terry Wogan’s Weekend Wogan over Wogan’s holidays.

In 2002, Richard and Judy co-wrote their autobiography and then in 2008, Richard wrote a book called Fathers and Sons.

For all the latest Life Style News Click Here

The post Richard Madeley net worth: GMB guest presenter is worth surprising sum of money appeared first on TechiAzi.