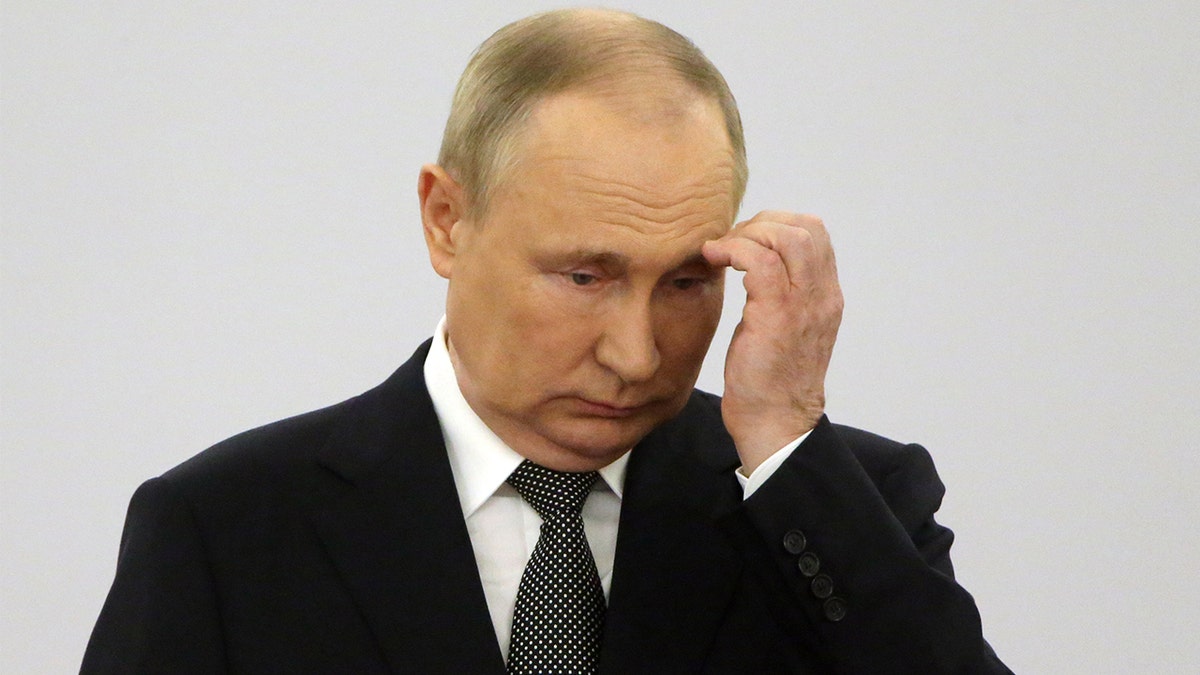 Military bases in Russia and Belarus were rocked by an outbreak in fires and explosions Thursday, just days after a Russian airbase in Crimea saw explosions that wiped out nine warplanes.

Russian media reported that a military housing unit was ablaze in a town outside of Moscow early Thursday but did not provide information on how the fire broke out.

The Directorate of the Ministry of Emergency Situations in the Moscow Region reportedly said the fire took more than 35 men to extinguish after they found smoke billowing from under the roof.

“The fire has now been extinguished, there is no information about the victims,” one source told Russian state news agency Tass.

A Belarusian news agency similarly reported that were several explosions early Thursday at the Ziabrauka airfield in Belarus’ southern Gomel region which shares a border with Ukraine and where Belarusian troops have been checked for “combat readiness.”

An adviser to Belarusian opposition leader Sviatlana Tsikhanouskaya, took to Twitter to say that at least eight explosions took place near the airbase which is “used by Russian aviation in the war against Ukraine.”

“So far, there is no confirmation if these explosions are connected to any military drills conducted by the Russian and Belarus armies on Belarus territory,” the adviser, Franak Viačorka, added.

“In just one day, the occupiers lost ten combat aircraft: nine in Crimea and one more in the direction of Zaporizhzhia,” Ukrainian President Volodymyr Zelenskyy said in his nightly address Wednesday. “The occupiers also suffer new losses of armored vehicles, warehouses with ammunition, logistics routes.”

“The more losses the occupiers suffer, the sooner we will be able to liberate our land and guarantee Ukraine’s security,” he added.

It remains unclear what caused the explosions in Crimea and Ukrainian defense officials have not taken responsibility for hitting the airbase.

Moscow has downplayed the destructive event and claimed ammunition had accidentally detonated at the airfield, though images released Thursday could suggest it was a missile strike according to a Reuters report.

Mykhailo Podolyak, an adviser to Zelenskyy, took the opportunity to say the “technical accidents” apparently plaguing Russia’s defenses were “karma.”

“The epidemic of technical accidents at military airfields of Crimea and Belarus should be considered by Russia military as a warning: forget about Ukraine, take off the uniform and leave,” he said in a tweet. “Neither in occupied Crimea nor in occupied Belarus will you feel safe.

“Karma finds you anywhere,” he added.

Share
Previous How to change the page orientation in Google Docs on desktop or mobile
Next Where things stand in the racial discrimination lawsuit filed by Brian Flores against the NFL With commissioner Roger Goodell looming as a potential arbiter, concerns about partiality and fairness remain in the case against the league