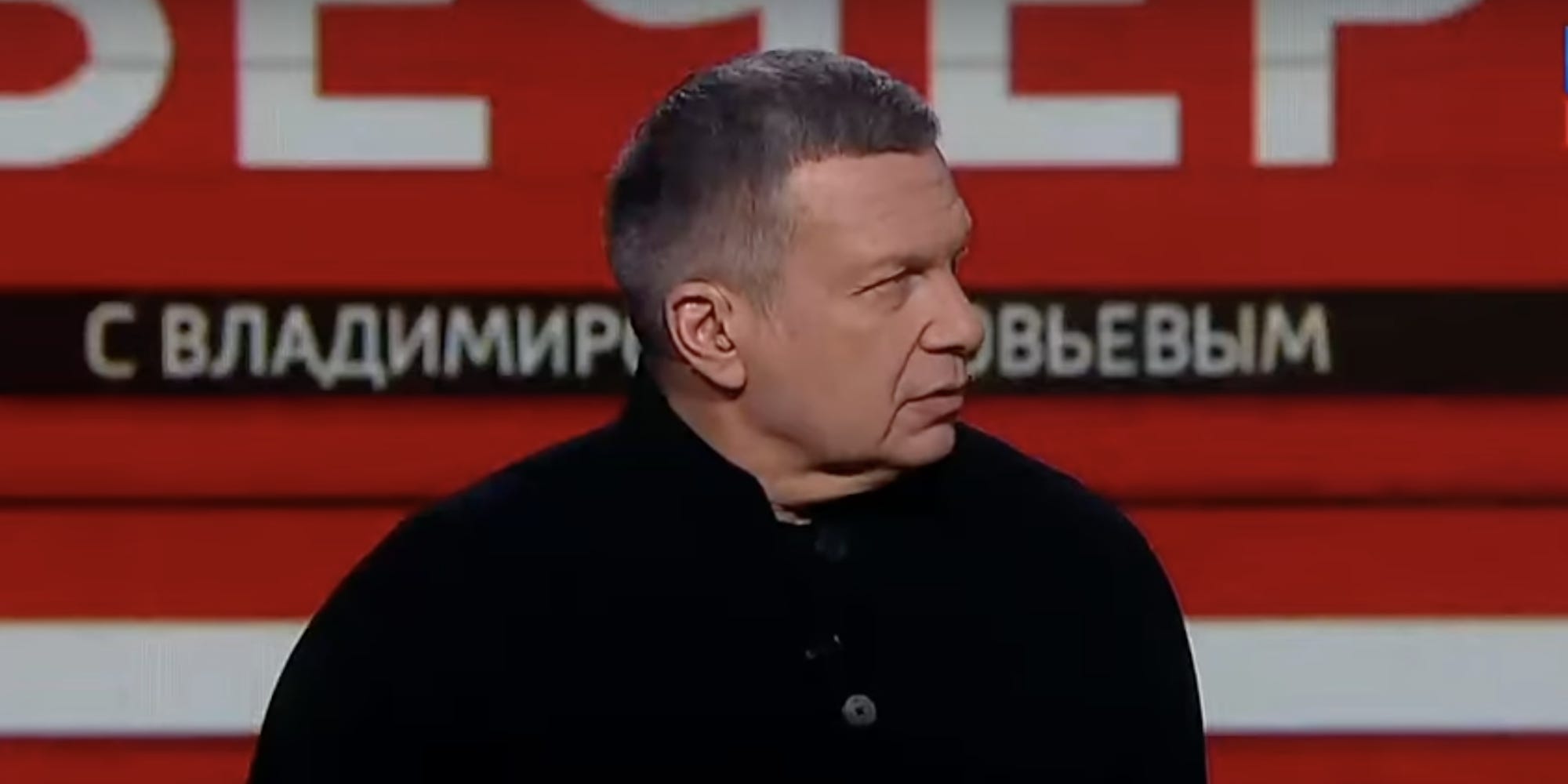 Vladimir Solovyov on his show “Moscow. Kremlin. Putin” in May 2022

Russia’s Ministry of Defense released a list of exemptions from President Vladimir Putin’s latest military mobilization on Friday, and it includes the media figures helping to sell the war to the Russian public.

Staff at “organizations in the field of information and communications” in approved outlets won’t have to fight in Ukraine, the ministry said in a Telegram post.

Other key industries to be exempted include IT and telecomms professionals and bankers, the post said, “in order to ensure the operation of certain high-tech industries, as well as the financial system of the Russian Federation.”

Putin’s announcement, on Wednesday, that he would send as many as 300,000 reservists to the battle lines in Ukraine — something he promised he would not do — was followed almost immediately by reports of Russian men scrambling to avoid the draft.

The decision to exempt state-approved journalists ensures that the media figures pushing a distorted state narrative on the war in Ukraine won’t have to face its realities themselves.

State-approved media — which is strictly controlled — has been a major force in maintaining public support for the war through misleading and distorted information, as Insider’s John Haltiwanger reported.

And some Russian media stars have flourished in an environment that rewards blatant propaganda — often going further than the Kremlin itself.

Propagandist Olga Skabayeva, nicknamed the “iron doll of Putin TV,” amped up the rhetoric following Putin’s announcement, in which he suggested the readiness of Russia’s nuclear arsenal is “not a bluff.” 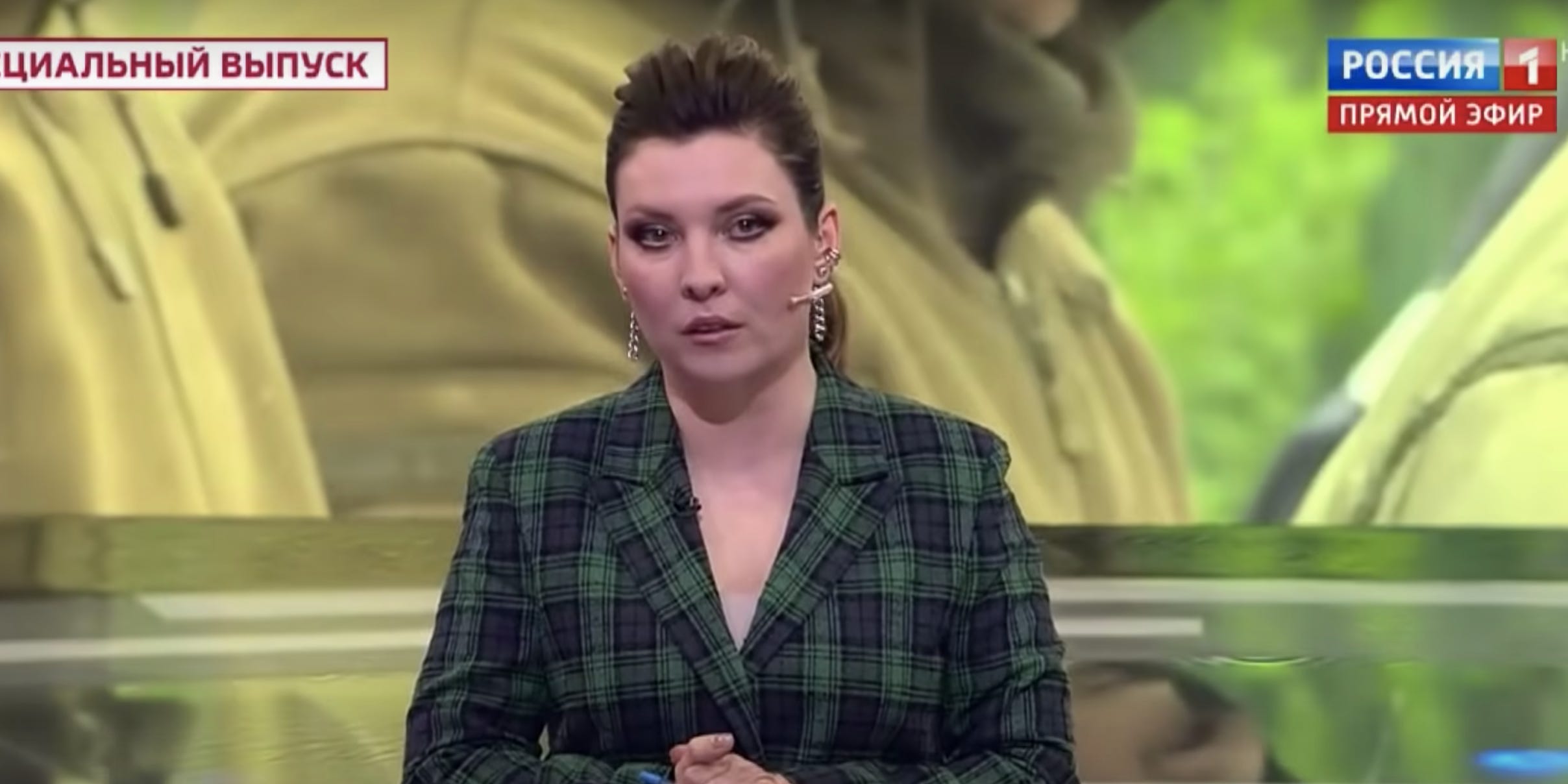 Russia-1 host Olga Skabeyeva has played a key role in the Kremlin’s propaganda strategy amid the war in Ukraine.

On Skabayeva’s “60 Minutes” discussion show, regular guest Vladimir Solovyov directly advocated hitting the UK and Germany with nuclear weapons. Skabayeva herself airily suggested Russia should have bombed the Queen’s funeral, which took place the same day as the broadcast.

Alexei Navalny’s Anti-Corruption Foundation estimates that Skabayeva and her husband have a property portfolio worth $4 million, while Solovyov — who is under US sanctions as a propagandist — is estimated to have at least $1.18 million in assets.

Independent news media in Russia has all but disappeared, thanks to a yearslong crackdown that accelerated at Putin’s invasion of Ukraine.

By law, the war in Ukraine is to be referred to only as a “special military operation,” with harsh punishments for those found to be circulating unofficial information, or “discrediting” the military.