Nightmare at Nickelodeon? In her August 2022 memoir, Jennette McCurdy opened up about her experience filming the series Sam & Cat with Ariana Grande.

“What finally undid me was when Ariana came whistle-toning in with excitement because she had spent the previous evening playing charades at Tom Hanks’ house,” McCurdy recalled in an excerpt from I’m Glad My Mom Died, per The New York Times. “That was the moment I broke.”

The iCarly alum’s tell-all book, which details her experience being pushed into show business by her late mother, Debra McCurdy, is slated to be released on August 9.

According to the Nickelodeon alum, the network didn’t allow her to pursue other opportunities during her time on Sam & Cat — a stricture that didn’t apply to Grande. While the show was on the air from 2013 to 2014, the “Positions” singer pursued her music career, releasing her debut album Yours Truly in August 2013. Grande’s singing career only skyrocketed from there.

Jennette also alleges in the book that she was offered $300,000 not to publicly discuss her experience at Nickelodeon — a proposal she says she declined.

The spinoff of Victorious and iCarly was put on a production hiatus in April 2014, one month after the True Jackson, VP actress decided not to attend the Kids’ Choice Awards amid reports that Grande was receiving a significantly higher salary than her. The “Dangerous Woman” singer denied the rumors via Twitter.

“Jennette and I agreed upfront that we would be treated equally on this show in all regards (as we should be, considering we each work just as hard as the other on this show),” Grande wrote at the time.

She continued, “The rumors circulating about our contracts and our salary not being equal are absolutely ridiculous and false. I don’t know who’s putting these idiotic quotes out there but I thought I’d straighten it out and try to end this nonsense.”

In July of that year, Nickelodeon announced that Sam & Cat had been canceled after one season.

“Nickelodeon will not be producing more episodes of Sam & Cat. We are very proud of the show and its very talented cast and we wish them the best,” the children’s network said in a statement provided to Us Weekly at the time.

The “7 Rings” artist addressed the cancellation via her Facebook page. “I want to thank Nickelodeon for making a childhood dream of mine come true, for being a family to me, for being so accommodating and supportive of my multitasking with my music career, and for of course introducing me to many of my fans however many years ago,” she wrote.

Leading up to the publication of her 2022 memoir, Jennette dropped a few clues about how she really felt about her costar and their spin-off series.

Scroll through for everything to know about the behind-the-scenes drama of Sam & Cat: 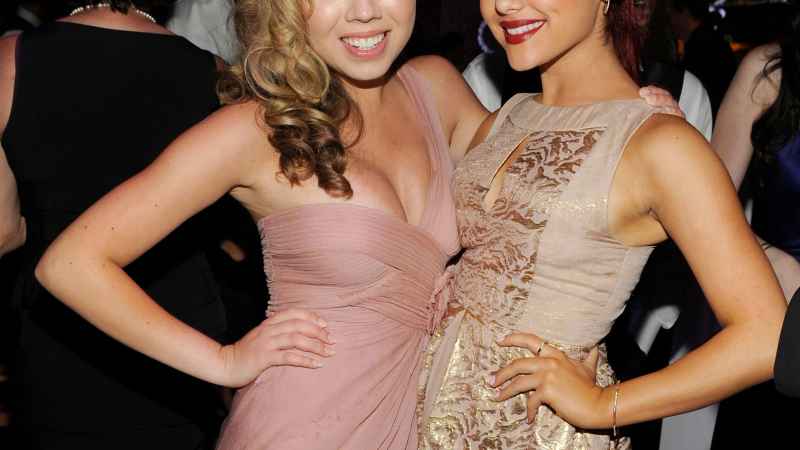 ‘Sam & Cat’ Premieres
Jennette and Grande signed on to Sam & Cat after their respective Nickelodeon shows iCarly and Victorious came to an end. The series premiered in June 2013.
Frank Micelotta/Invision/AP/Shutterstock 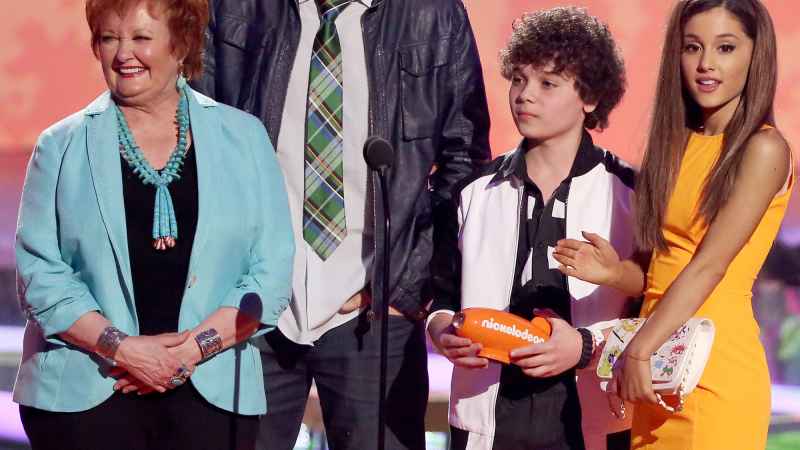 Jennette Skips the Kids’ Choice Awards
After less than a year on the air, drama behind the scenes affected the show’s future. In March 2014, the Lincoln Heights alum stayed away from the Kids’ Choice Awards amid reports that Grande was being paid more than her.
Jennette explained her absence via Twitter. “A lot of you guys are asking why I didn’t attend the KCAs …. I wish I could explain everything as thoroughly as I would like to, but unfortunately a simpler explanation is all I can write. I was put in an uncomfortable, compromising, unfair situation (many of you have guessed what it is) and I had to look out for me,” she wrote at the time.
The former child star added that she appreciated the support from her and Grande’s fans alike, stating, “I believe in supporting fairness first.”
Matt Sayles/Invision/AP/Shutterstock 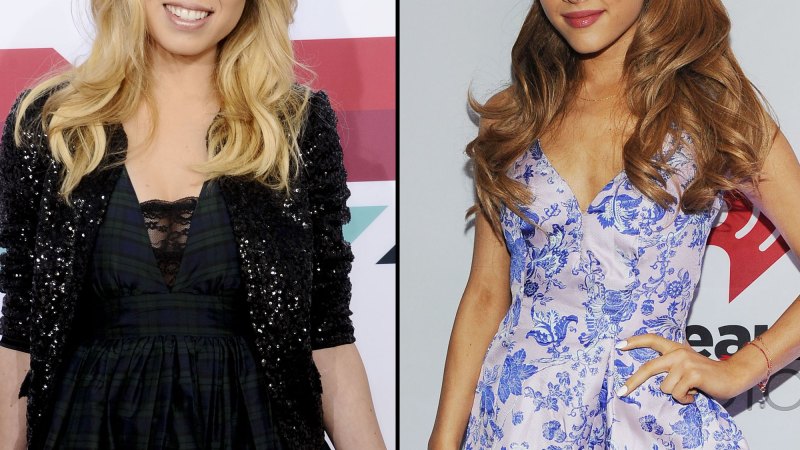 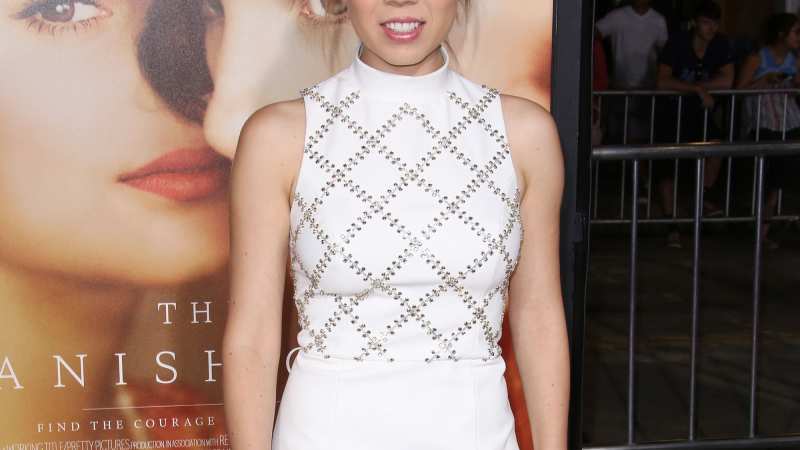 A Potential Parody of Grande
Following the Sam & Cat cancellation, Jennette starred in her own web series, What’s Next for Sarah?, which followed a former child star trying to find her next project. The show featured a character named Gloriana who wore a high ponytail and bragged about her perfect life, which some fans assumed was a parody of the “Thank U Next” singer.
Shutterstock 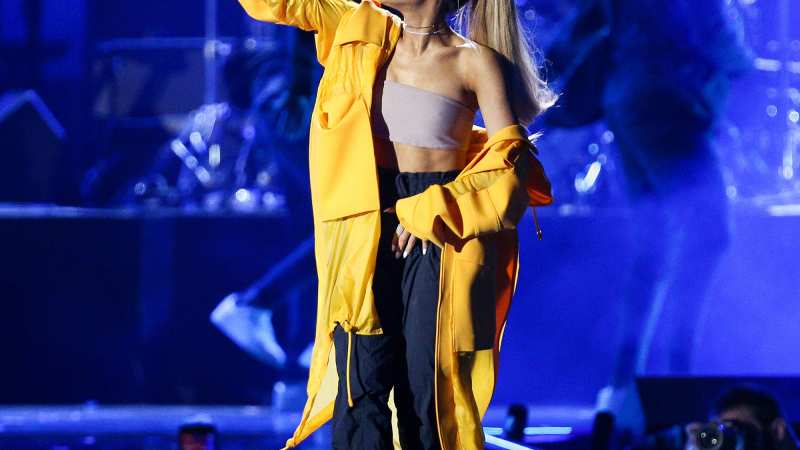 Jennette Talks About Grande’s Fame ‘Explosion’
In June 2021, the Zoey 101 alum spoke candidly about her experience sharing a show with a pop superstar.
“We started the show and her explosion to Ariana Grande fame happened during our first 20 episodes,” she revealed during a June 2021 episode of her podcast “Empty Inside.”
“She would have to miss work because she was pulled in all directions. She’s gotta do the radio shows, she’s gotta do Billboard Awards, the Grammys. She’s performing at the Grammys and I’m, like, acting on this show with a box because they decided for that week her character had to be trapped in a box so she can go perform at the Grammys,” Jennette explained.
John Salangsang/Invision/AP/Shutterstock 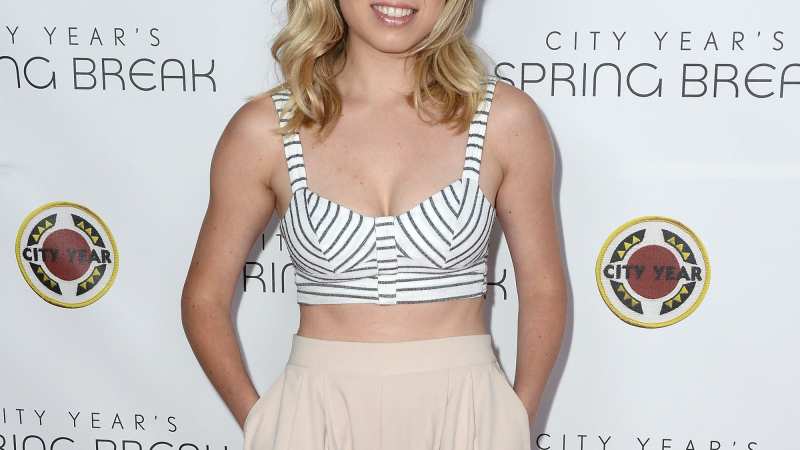 Memoir Revelations
In August 2022, the “Generation Love” singer released her book, I’m Glad My Mom Died, wherein she claimed that Nickelodeon prevented her from pursuing other career opportunities during Sam & Cat while allowing Grande to take time off for her music career.
Stewart Cook/Shutterstock

Share
Previous Scientists Discover 200 Pits On the Moon That Are Always 63F/17C In the Shade.
Next Thanks To Automated Copyright Claims And A Troll, Infamous CounterStrike Clip Gets A DMCA Takedown