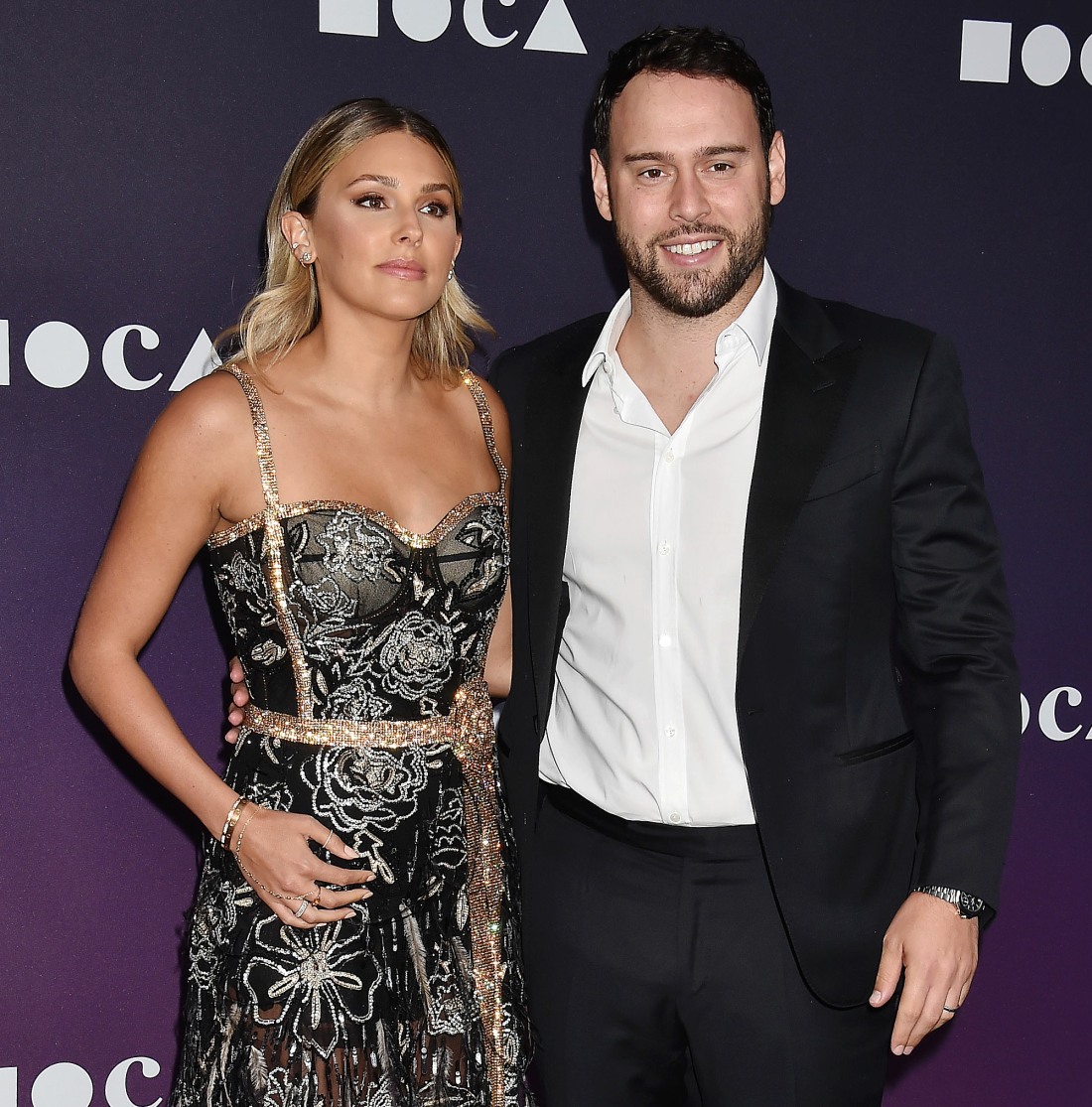 Last month, Scooter Braun was doing a victory lap on the cover of Variety to talk about how successful his businesses have been in recent years, to the point where he netted a profit of $400 million in just one deal. Hot on the heels of that victory lap, suddenly Scooter’s marriage was in big trouble. Braun and his wife Yael Cohen separated, and sources emphasized that no one was talking about divorce. We also heard (bizarrely) that Braun had gone through some kind of intensive spiritual/therapeutic retreat just before the separation was announced. No one knew what happened, but a lot of people (Snake Fam peeps) theorized that Braun had been cheating on Yael and she kicked him to the curb. Well, now he has filed for divorce:

The court documents filed in Los Angeles Wednesday make it clear there is a prenuptial agreement in place between the businessman and the F–k Cancer co-founder, 34. Braun is seeking joint custody of his and Cohen’s three children: Jagger, 6, Levi, 4, and Hart, 2. He has also agreed to pay his estranged wife spousal support.

Braun — the fiery music manager who discovered Justin Bieber and has been at the center of a very public spat with Taylor Swift after buying the rights to her early work — married Cohen in July 2014. Despite publicly celebrating their anniversary on Instagram on July 6, just days later, we revealed the couple were splitting up.

“They’re friends,” said an insider, adding Braun and Cohen were still living together. While sources said at the time that there were no plans to divorce, we’re told that Braun was the one to pull the plug on his marriage in the end.

Oh, HE retained Laura Wasser’s services? I imagine TMZ will be on his side throughout whatever this is. In fact, let me check in with TMZ’s coverage since they always have an inside track on Wasser’s clients. TMZ reports that Braun will likely pay child support as well as spousal support, and that Wasser was the one who drew up the prenup in the first place. TMZ’s sources (Wasser) say that “at least so far, the divorce seems amicable. What’s more, Scooter and Yael have gone back and forth, and this wouldn’t be the first time a celebrity divorce was pulled after a reconciliation. That said, so far there is no reconciliation.” Yeah. I still don’t know what’s happening. It feels like it’s not a cut-and-dry “he cheated” backstory.