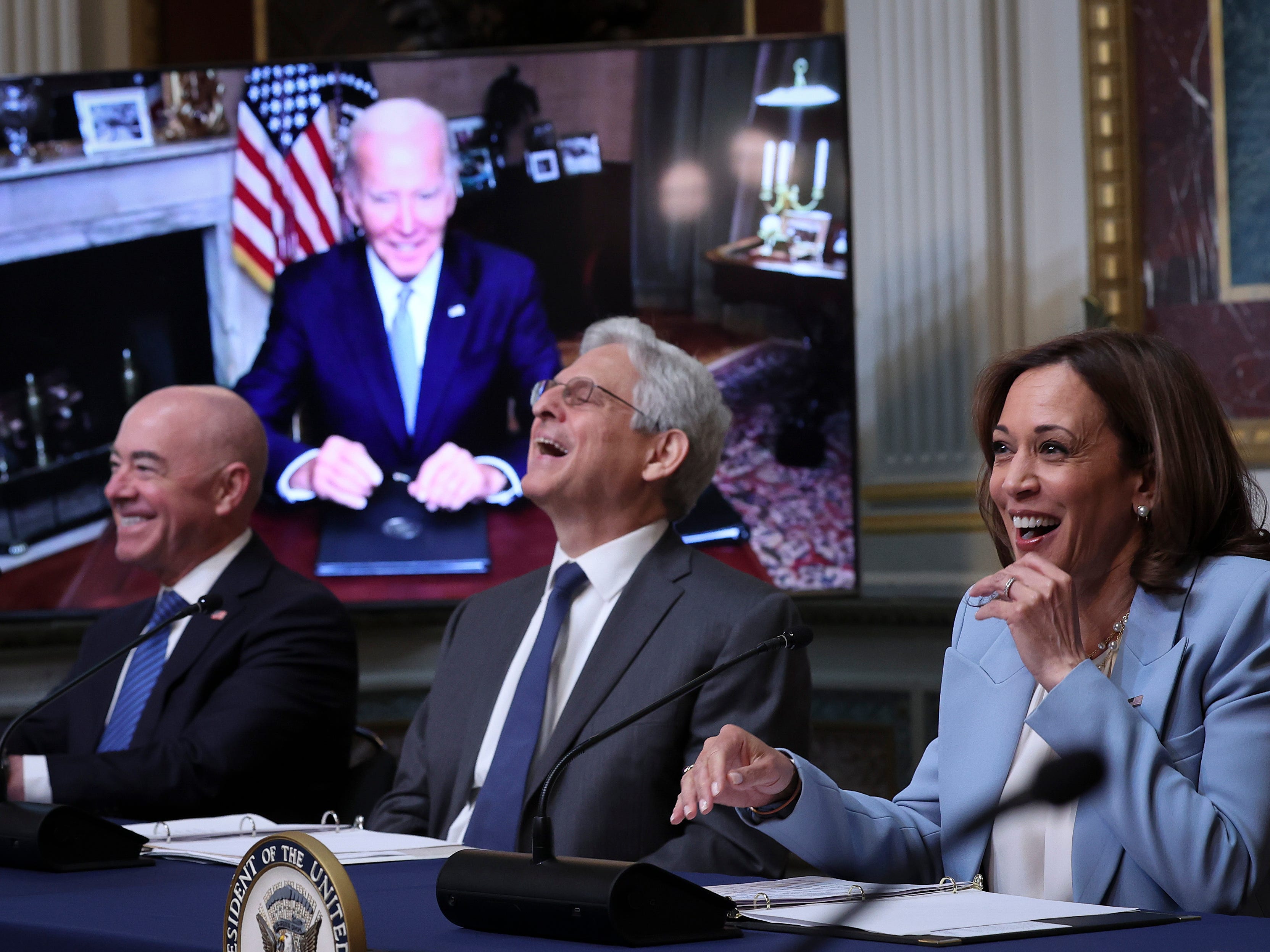 Democrats say they have newfound momentum heading into November after an unexpected tide of voters in red state Kansas mobilized Tuesday in support of abortion rights.

Kansas voters rejected an anti-abortion ballot measure by almost 20 points, and more than 900,000 voters weighed in — compared with 470,000 who voted in the 2018 Kansas gubernatorial primaries.

Senate Majority Leader Chuck Schumer said on the chamber floor that the vote was an example of “the winds blowing in Democratic direction.”

“The strong pro-choice turnout we saw last night in Kansas will continue well into the fall, and Republicans who side with these extremist MAGA policies that attack women’s rights do so at their own political risk,” he said.

It wasn’t just urban and suburban counties that voted to protect abortion rights, but several GOP-leaning counties such as Osage, which hasn’t voted for a Democrat since supporting President Lyndon Baines Johnson, tweeted Bryan Lowry, politics editor for the Kansas City Star.

Fourteen counties that voted for former President Donald Trump in 2020 joined all five counties that backed President Joe Biden to reject the measure on Tuesday, an analysis by Insider’s partners at Decision Desk HQ showed.

Most Democrats in Congress support a bill called the Women’s Health Protection Act that would make abortion legal in every state and undo state restrictions such as waiting periods and gestational bans. But the party doesn’t have enough support now to pass its bill so President Joe Biden has urged voters to support Democrats in November so that the political dynamics change in their favor in 2023.

The president has also signed two executive orders aimed at protecting abortion access after the unraveling of Roe. The first order focuses on expanding access to medication abortion and the second, signed on Wednesday, is aimed at supporting patients traveling out of state to get an abortion where it’s still legal.

“The court practically dared women to go to the ballot box and restore the right to choose,” Biden said before signing the order.

Patrick Gaspard, president and CEO of the Democratic-aligned CAP Action, said during a call with reporters Wednesday that the vote in Kansas showed the “enthusiasm gap is now closing” and that “this could be a signal about what’s to come” in November.

The Democratic party will be pushing the message in the coming months that “we as Democrats stand for freedom,” said Cedric Richmond, who used to work for the Biden White House and is now a top strategist at the Democratic National Committee.

“Republicans are so extreme in this area that it has caused so much concern and anxiety and people are going to show up to defend it,” Richmond predicted during the CAP Action call.