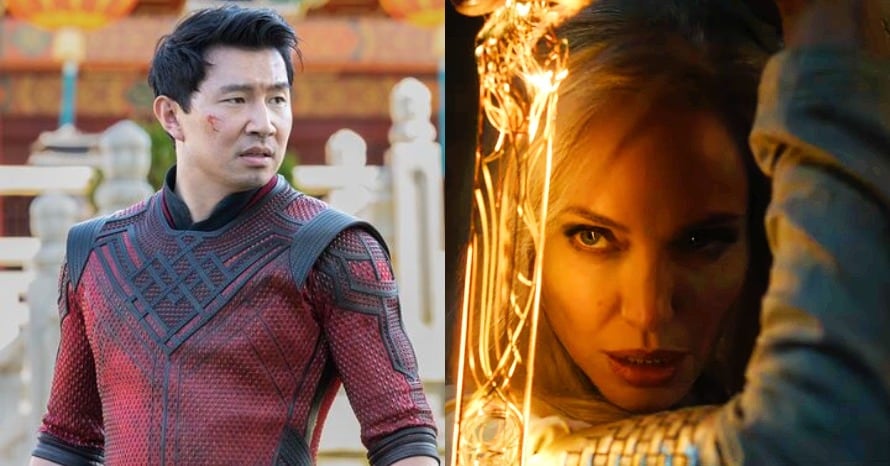 On July 20, 2019, Marvel Studios held their Hall H presentation at San Diego Comic-Con announcing their slate for Phase 4. On that day, numerous casting announcements were made, one of which included the actor who signed on to play the titular role in Shang-Chi and the Legend of the Ten Rings: Simu Liu.

Simu Liu, whom before joining the Marvel Cinematic Universe as the first Asian lead superhero was most recognized for his role in the Canadian sitcom Kim’s Convenience celebrated the second anniversary of his casting announcement by sharing a hilarious story from that day involving Eternals star Angelina Jolie. As it turns out, it involves League of Legends.

In humorous fashion, Simu Liu recalled the moment he shared with Angelina Jolie on his official Twitter account:

On this day two years ago at Comic-Con I sat across the table from Angelina Jolie and attempted to explain League of Legends to her.

Oh and some other stuff happened too I guess

Are you excited to see Simu Liu in Shang-Chi and Angelina Jolie in Eternals? Sound off in the comments below.

Marvel Studios Is Launching A Studio For Future Animation Projects

Here is the synopsis for Shang-Chi and the Legend of the Ten Rings:

“Simu Liu stars as Shang-Chi in Marvel Studios’ Shang-Chi and The Legend of The Ten Rings. Shang-Chi must confront the past he thought he left behind when he is drawn into the web of the mysterious Ten Rings organization.”

The film is scheduled to hit theaters on September 3, 2021. Meanwhile, Angelina Jolie will appear as Thena in Eternals, which hits theaters on November 5, 2021.  Stay tuned for all the latest news on the upcoming Marvel projects and be sure to subscribe to Heroic Hollywood’s YouTube channel for more exclusive video content.