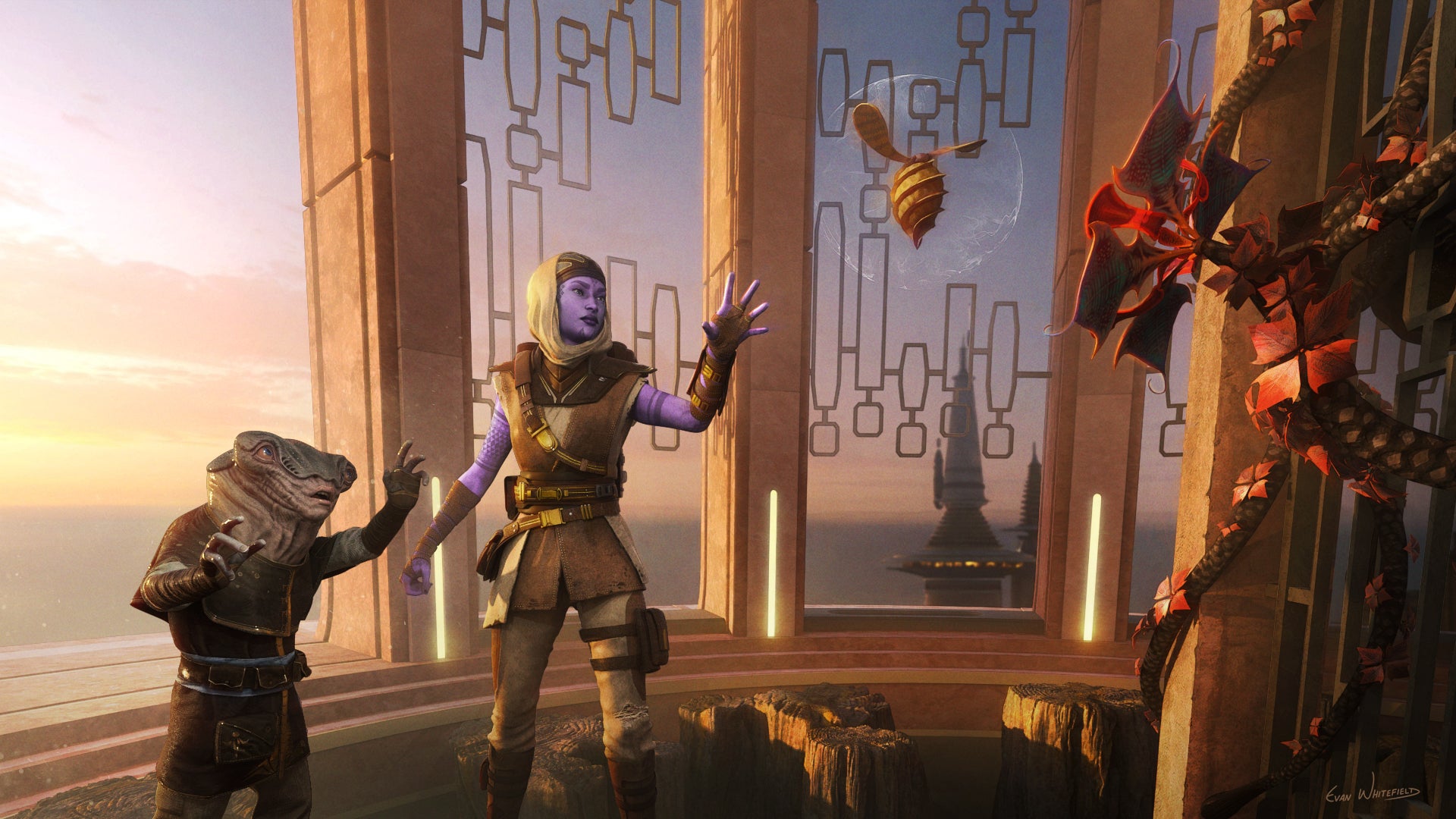 Star Wars: Tales From the Galaxy’s Edge, a virtual reality experience set on the Star Wars planet of Batuu, will get an extended chapter called “Last Call” on September 15.

Some new faces (who you might recognize) coming to Batuu in Last Call includes Hondo Ohnaka, Neeva, Lt. Gauge, Boggs Triff, and IG-88, everyone’s favorite robot assassin who will be voiced by Rhys Darby.

In Tales From the Galaxy’s Edge – Last Call, you’ll be able to explore Batuu in virtual reality. Help Dok-Ondar recover an ancient artifact from the Sardeevem Chasm and the Cavern of the Moons, or escape the First Order on the Black Spire Outpost.

There are also new Tales to experience. In The Bounty of Boggs Triff players will become IG-88 as they hunt down the mobster Bogs. Or you can continue the story of Ady’Sun Zee in The Sacred Garden set during The High Republic.

ILMxLAB has been creating several VR experiences set in the Star Wars universe including Vader Immortal. However, while the VR was certainly immersive, the story had much to be desired.

Matt T.M. Kim is IGN’s News Editor. You can reach him @lawoftd.