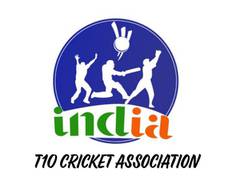 The T10 cricket association is keen to select players for the 12 team-T10 premier league’s upcoming editions and the dates and venues of the state trials for the teams have been announced. The T10 premier league is one of the innovative formats introduced in India by the T10 cricket association with an aim to give opportunities to talented players who do not represent their state teams.

The growth of the game in the country is at its peak and it has been difficult for the players to compete even to the state team. But this tournament might be the start of opportunities to find out excellent talents from remote areas as well. So far the tournament has been a grand success and the 12 teams have been limited to the northern states. the association has been conducting a six-team league for the U-18 T10 players as well.

Rajiv Yadav Delighted By The Support And Response

Rajiv Yadav was happy to see the tournament’s growth and mentioned that the massive support he has getting from the people and official bodies from around the world to run the tournament successfully. He added that the progress of the tournament has been visible through the response and wanted to make inroads by adding few more teams into the mix.

“We are overwhelmed by the audience response. Cricket runs in India’s blood. The tournament has garnered massive support from fans, players, and official bodies from across the world. The tournament is growing from strength to strength with every passing year. By introducing the new format, we are trying to make the game more entertaining for the youth” Rajiv Yadav General Secretary told as reported by ANI.

State Trials To Begin From September 23

The State trials to select players for the T10 league will start on September 23 for Uttar Pradesh at NDCA Ground-Noida, 27th September for Bundelkhand at Sarsa Cricket Ground-Kundali, 3rd October for Uttarakhand at Roorkee. So far, the 12 teams have been segregated into two groups and the first-round games have already been completed in April month.

The T10 cricket association has also been planning to conduct a league for the women’s T10 championship in the near future.