Arm wrestling can be a fun test of strength. Sometimes, however, these contests end in injury. Combatants can strain an arm muscle or ligament. Some actually break a bone.

This is most likely to occur in early adolescence. And new research points to why: Puberty upsets the normal balance in growth between the arm’s muscles and bones.

When competitors lock hands to arm wrestle and place their elbows on a hard surface, they prepare to use their strength to push against their opponent. But they’ll also be fighting their own anatomy.

The main bone of the upper arm is known as the humerus. One part of this bone appears especially vulnerable in teen arm wrestlers. This part of the elbow sticks out from the inside of the arm when your palm points up. Some people call it the funny bone. Doctors call it the medial epicondyle (ME-dee-ul Ep-ee-KON-dyal) or ME.

Muscles from the wrist, forearm and shoulder attach to this bit of bone. During arm wrestling, muscles anchored to that ME bone are crucial for pushing against the opponent. This ME area is also home to a growth plate. It’s where cartilage is growing. (As kids grow into adults that area will eventually turn to bone.)

When there’s a sharp, sudden movement — as when an arm wrestler makes a big effort to pin their opponent’s hand — something has to give. Sometimes, the bone cracks. With teens, this fracture happens on the ME’s growth plate, the new study finds.

Kiyohisa Ogawa does research on bone health and trauma at Eiju General Hospital in Tokyo. He and his colleagues shared their new finding May 4 in the Orthopaedic Journal of Sports Medicine. 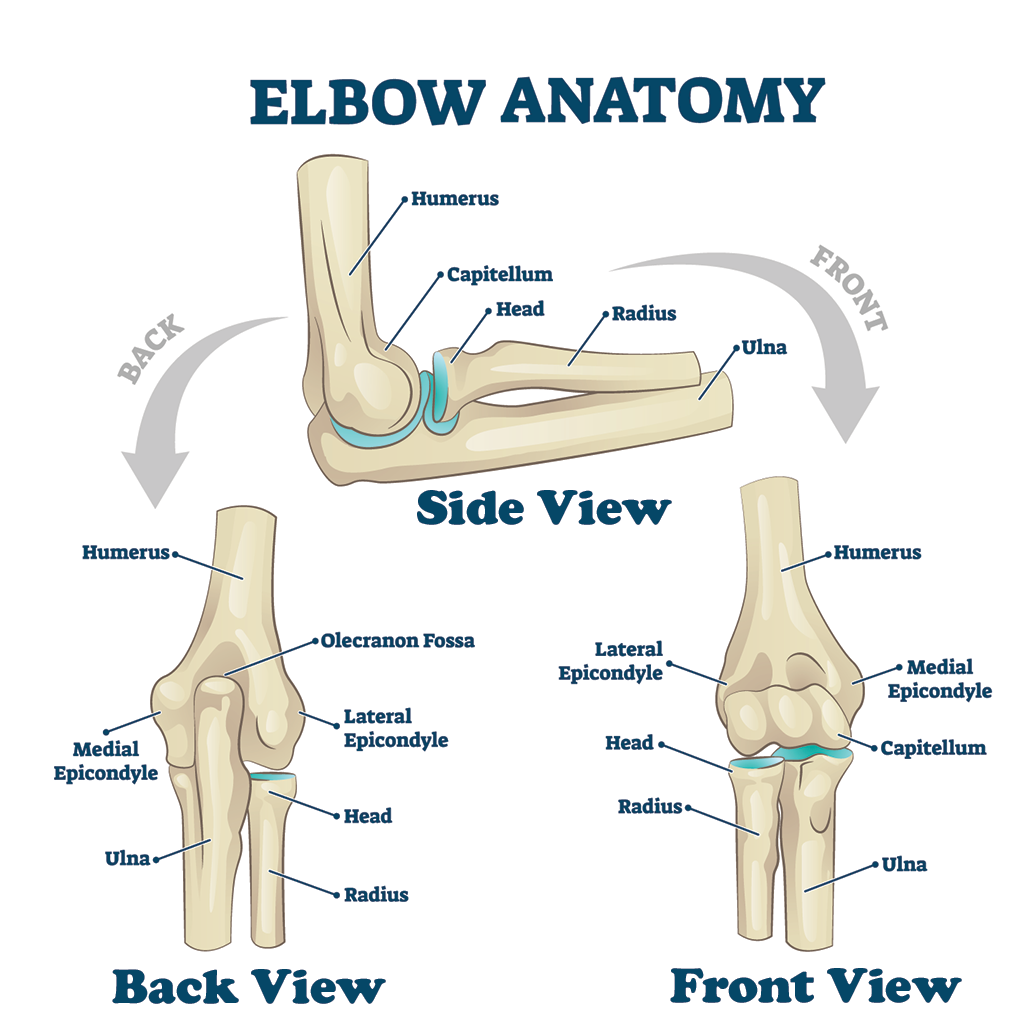 See the bones in the elbow (beige) and cartilage (blue). For teens, that medial epicondyle of the humerus bone is the area especially vulnerable to injury during arm wrestling.VectorMine/iStock/Getty Images Plus; adapted by L. Steenblik Hwang

Finding an unusual trend in teens

The researchers reviewed dozens of reports on these injuries. It often takes surgery to help the bone and growth plate heal. The problem often shows up in boys 14 to 15 years old. It’s an age at which muscle strength is growing.

“Probably, their muscle strength gradually increases in this age,” notes Noboru Matsumura. Meanwhile, this orthopedic surgeon adds, “their bone is still fragile.” A part of the team who authored the new study, he works in Tokyo at the Keio University School of Medicine.

The team searched research journals looking for studies on arm wrestling. They turned up 27. Together, these reports cited 68 examples of this unusual type of elbow fracture. Nearly all (93 percent) of the patients had been 13 to 16 years old. Almost two in every three of them had no recent elbow pain before arm wrestling.

Even after surgery, some symptoms from the injury may linger. Patients may also feel nerve pain and be unable to fully move their arm without discomfort.

The research highlights an important point, notes Keyur Desai. “Kids are not just small adults,” points out this sports-medicine doctor. He works for Children’s National Hospital, based in Washington, D.C.

If a bone breaks during arm wrestling in full-grown adults, the injury doesn’t happen at the same pointy part of the elbow, Desai explains. That growth plate that is vulnerable in teens is fully developed and solid in adults.

To break the bone here in adults “would require a much greater force,” notes Desai. “Once that site of cartilage becomes a bone, that actually becomes a very strong point.”

But that doesn’t mean arm wrestling can’t hurt adults. They can develop injuries at many sites from the hand to the shoulder.

For teens especially, Matsumura warns, arm wrestling can prove risky. Doctors, teachers and parents should be aware, he says, “that this fracture is popular in boy[s] aged 14 to 15” who arm wrestle.

Indeed, every sport has its risks. And Desai doesn’t see arm wrestling as particularly dangerous. Still, he notes there are things arm-wrestling teens can do to avoid undue stress to their elbow. Try to maintain a steady force instead of making sudden jerky movements, he says. That may minimize the severe strain that can break that temporarily vulnerable part of their elbow.