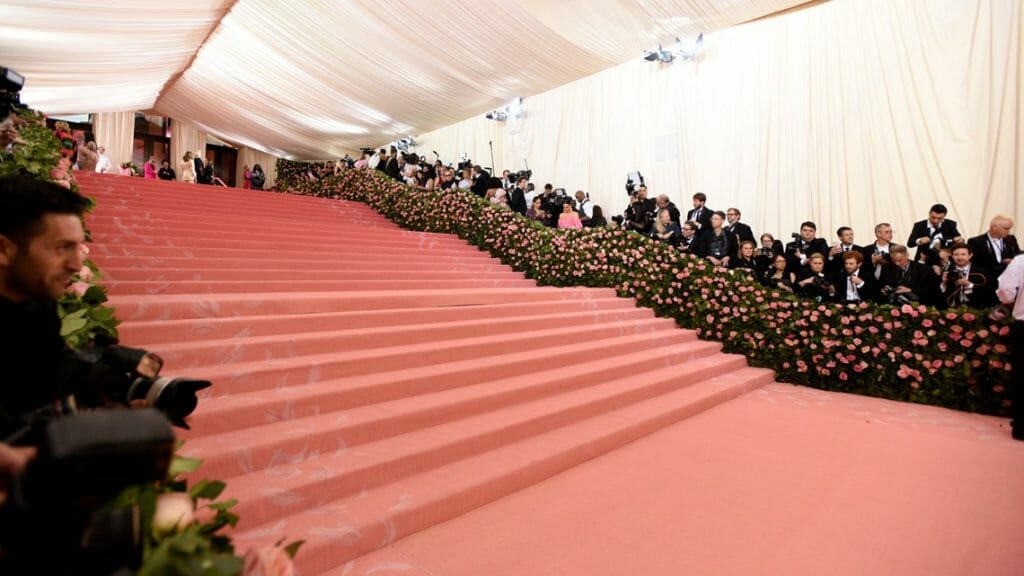 Each first Monday of May is usually regarded as a ceremonial day of-sorts for fashion. The biggest stars would come together at a gala to raise funds for the Metropolitan Museum of Art’s Costume Institute, and its opening red carpet has since become a global fashion moment. It’s also where the best looks in menswear come together.

It’s an opportunity for designers to show off the most lavish, out-of-this-world fashion ideas on some of the most enigmatic celebrities of the moment. It’s also where famous fashion movements — such as Rihanna’s Guo Pei yellow couture overhaul dress, and Kim Kardashian’s Mugler “wet” dress look — are made.

The Met Gala returns this year during New York Fashion Week after being cancelled last year due to the coronavirus pandemic. This year’s costume theme is “In America: A Lexicon of Fashion” — with looks that were inspired by everything from the American flag to cult American movies. It’s a first in its history where a focus on American fashion sets the theme — previous years included “Camp: Notes on Fashion” and “Heavenly Bodies: Fashion and the Catholic Imagination”. However, it is worth mentioning that there was a lack of American designs despite the event’s theme.

While the public eye has always been predominantly keeping an eye out on the glamorous outfits on female celebrities, as male celebrities often turn up in the conventional black-tie get up, this year’s affair proves that there are no more rules in dressing on the red carper for mens. As we’ve gathered previously on the rise of Haute Couture for men as the second coming of menswear at its peak, the red carpet on 13 September proves it to be true. Here are the six best and most outstanding men’s looks at the Met Gala.
__ 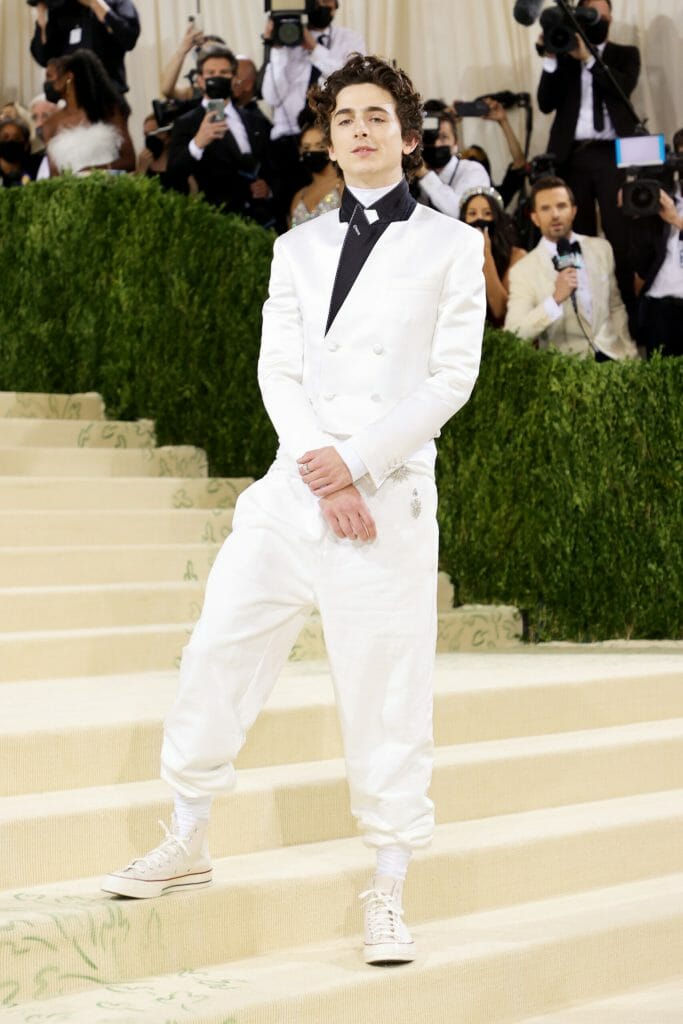 The Dune actor and this year’s event co-star’s choice of a satin Haider Ackermann suit comes as no surprise, as previous press tours at Venice Film Festival proves an unlikely fashion friendship between the two. But the one thing that stands out is the styling choice. Chalamet has opted for white Converse Chuck Taylor trainers to finish off the outfit, in a call-back to the Gala’s American theme.
__ 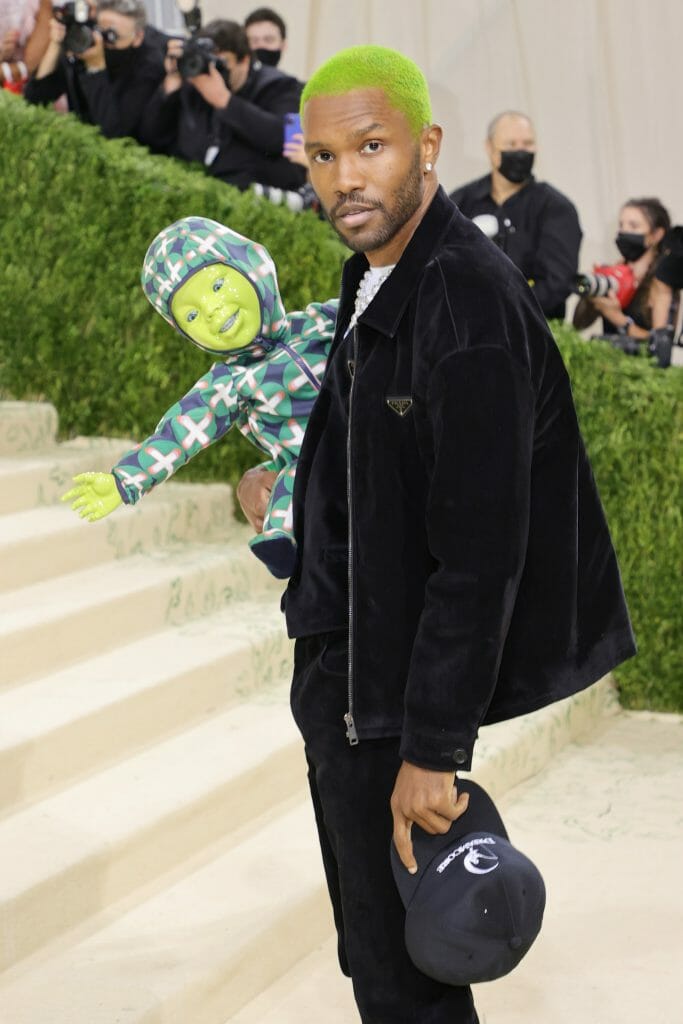 Frank Ocean has shied away from the public eye, so much that a TikTok on his spotting in New York will go viral. This year, he arrives at the Met Gala 2021 in a velvet Prada suit, sporting a necklace from his own luxury jewellery label, Homer and a robotic green baby.
__ 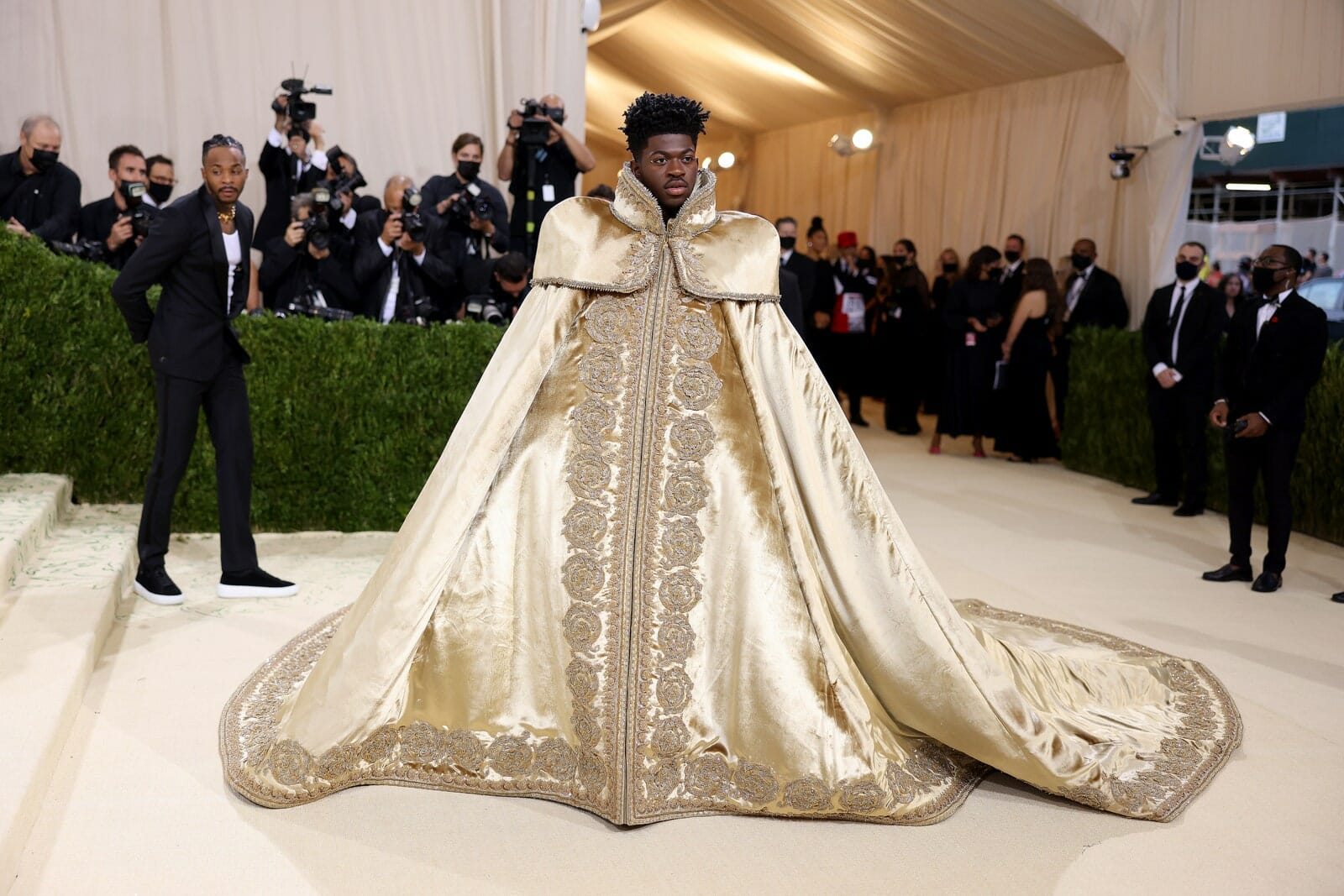 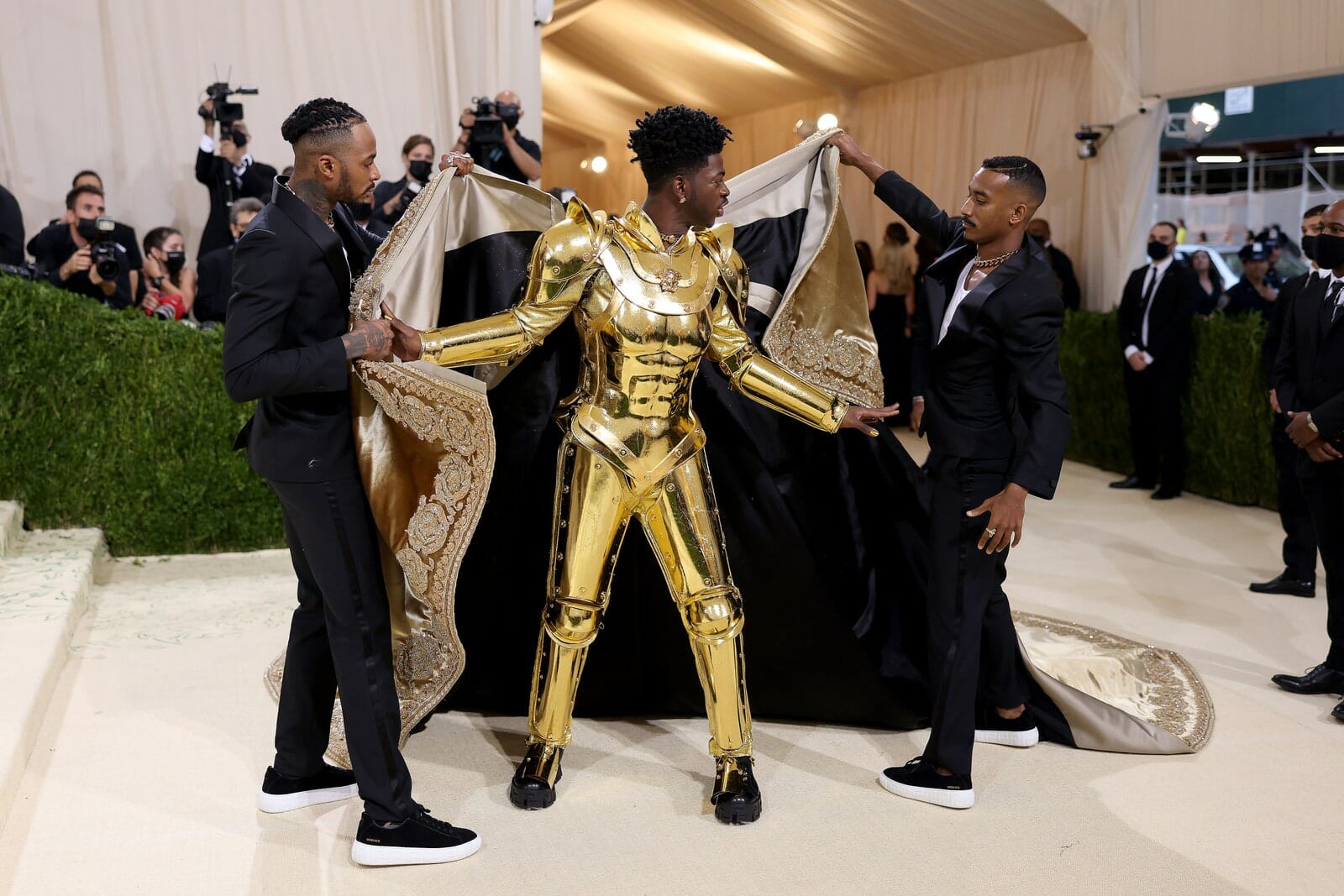 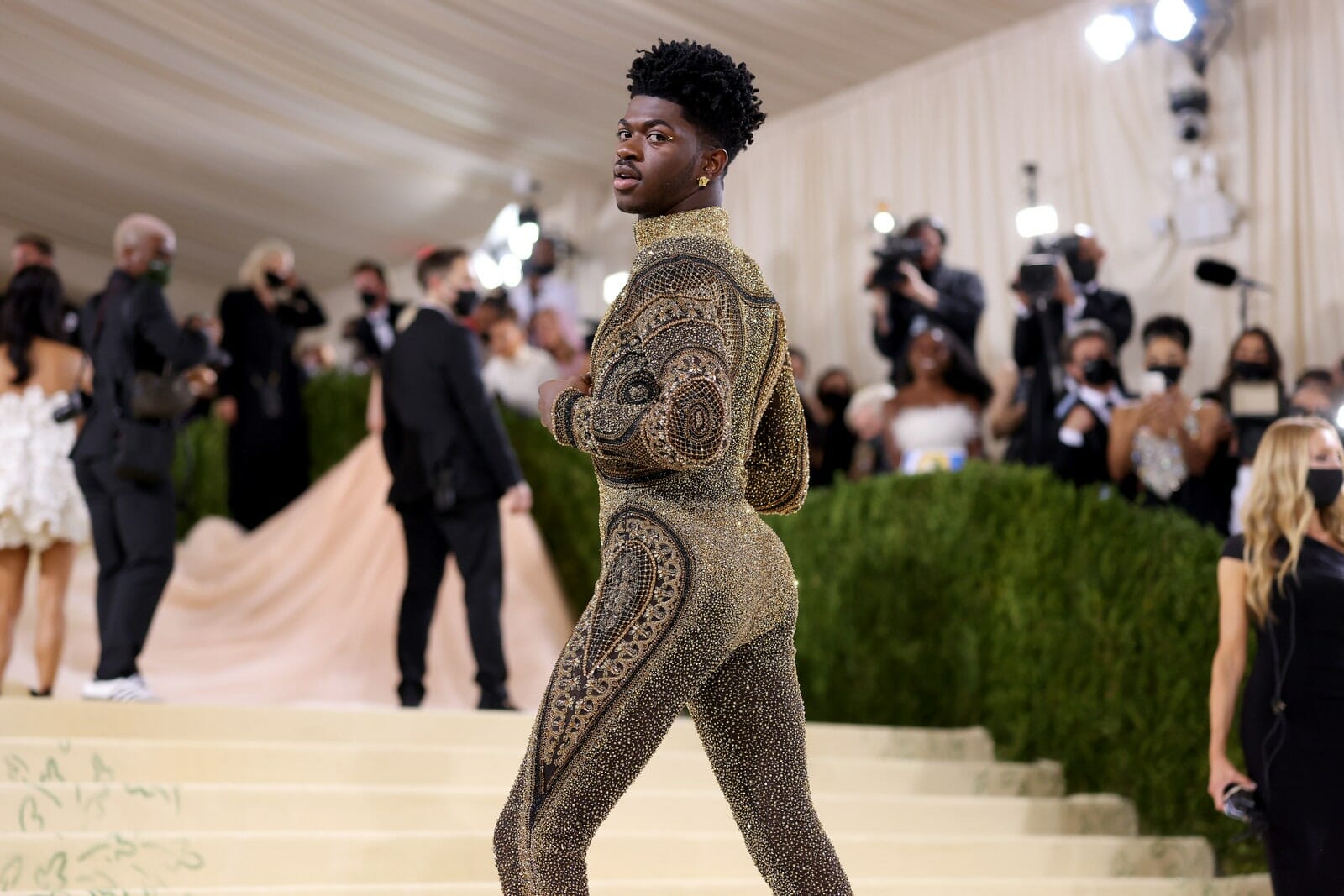 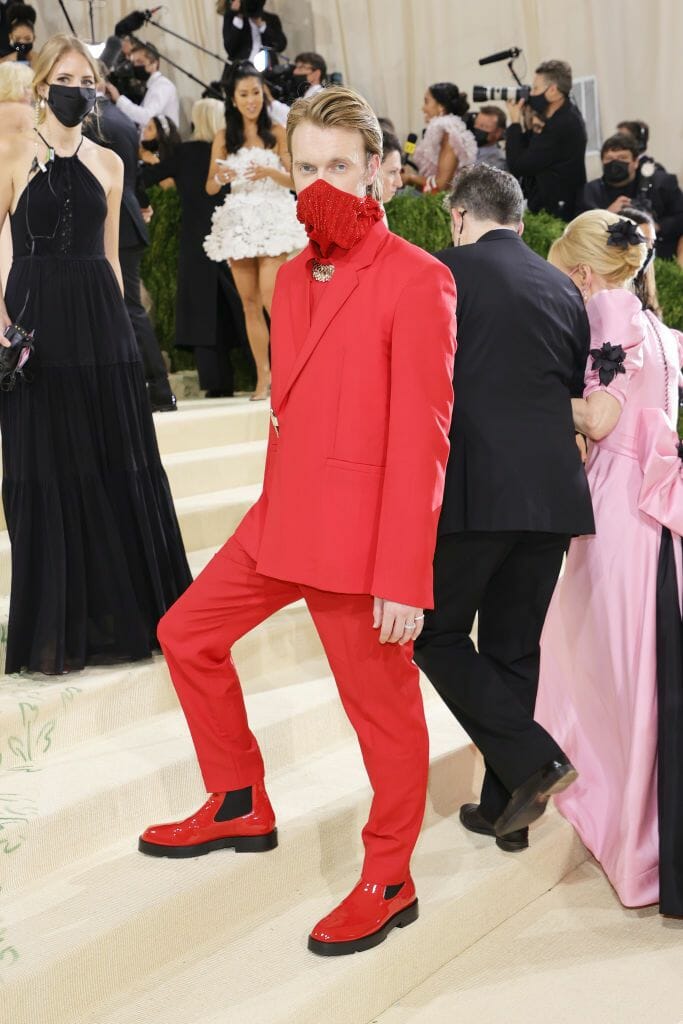 Finneas — Billie Eilish’s brother and music companion — arrived at the Met Gala 2021 in an all-red industrial look by Givenchy. We might not be sure, but we’re certain the red is inspired by the red in the American flag. Hats off for thinking of the theme.
__ 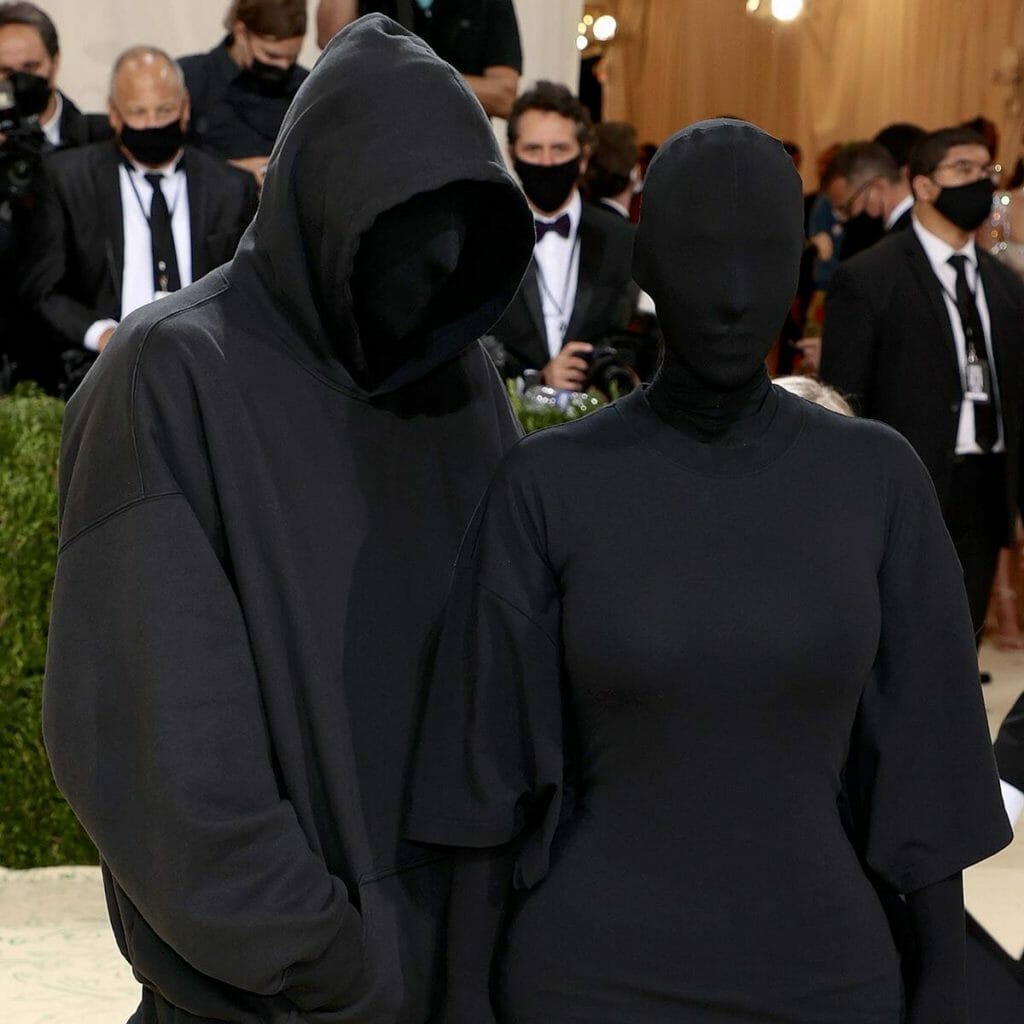 In what might be the most conceptual (and also meme-worthy get-up), Demna and Kim arrived on the red carpet completely doused in black. Streetwear cues such as the use of a T-shirt and sweatshirt is a smart callback to casual-wear culture. It’s definitely the most memorable outfits of the evening.
__ 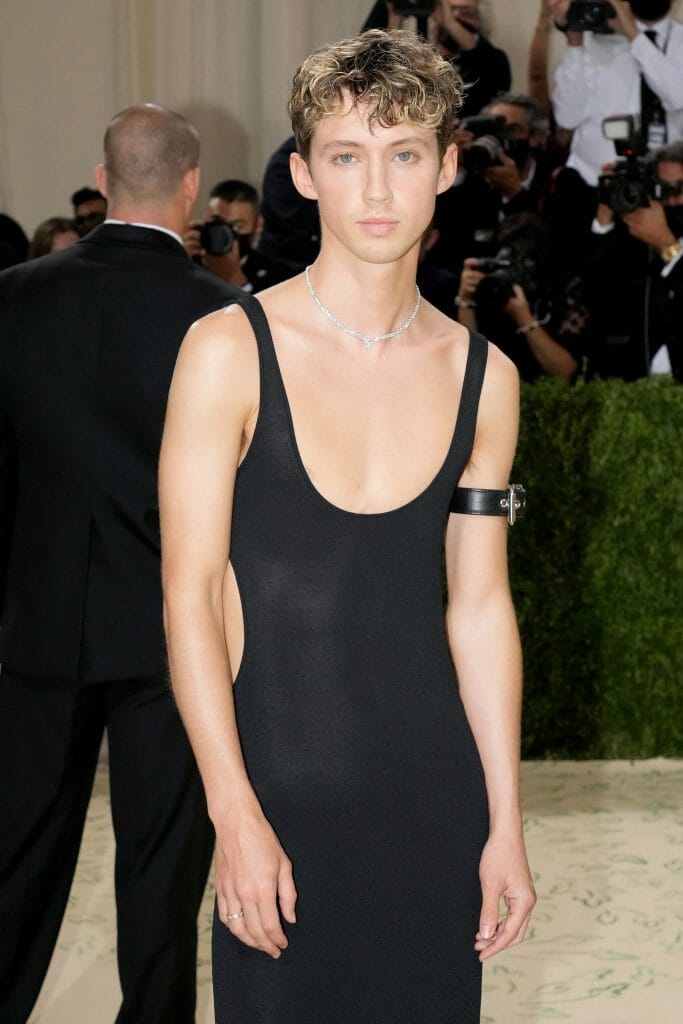 The little black dress gets a surprise reconceptualisation for menswear, as Troye Sivan arrived in what could only be described as the most tasteful outfit of the evening. It’s daring, slightly dramatic but simple.

Once you’re done with this story about the best men’s looks at the Met Gala 2021, click here to catch up with our September 2021 issue.

The post The Best Men’s Looks at The Met Gala 2021 appeared first on Men’s Folio.