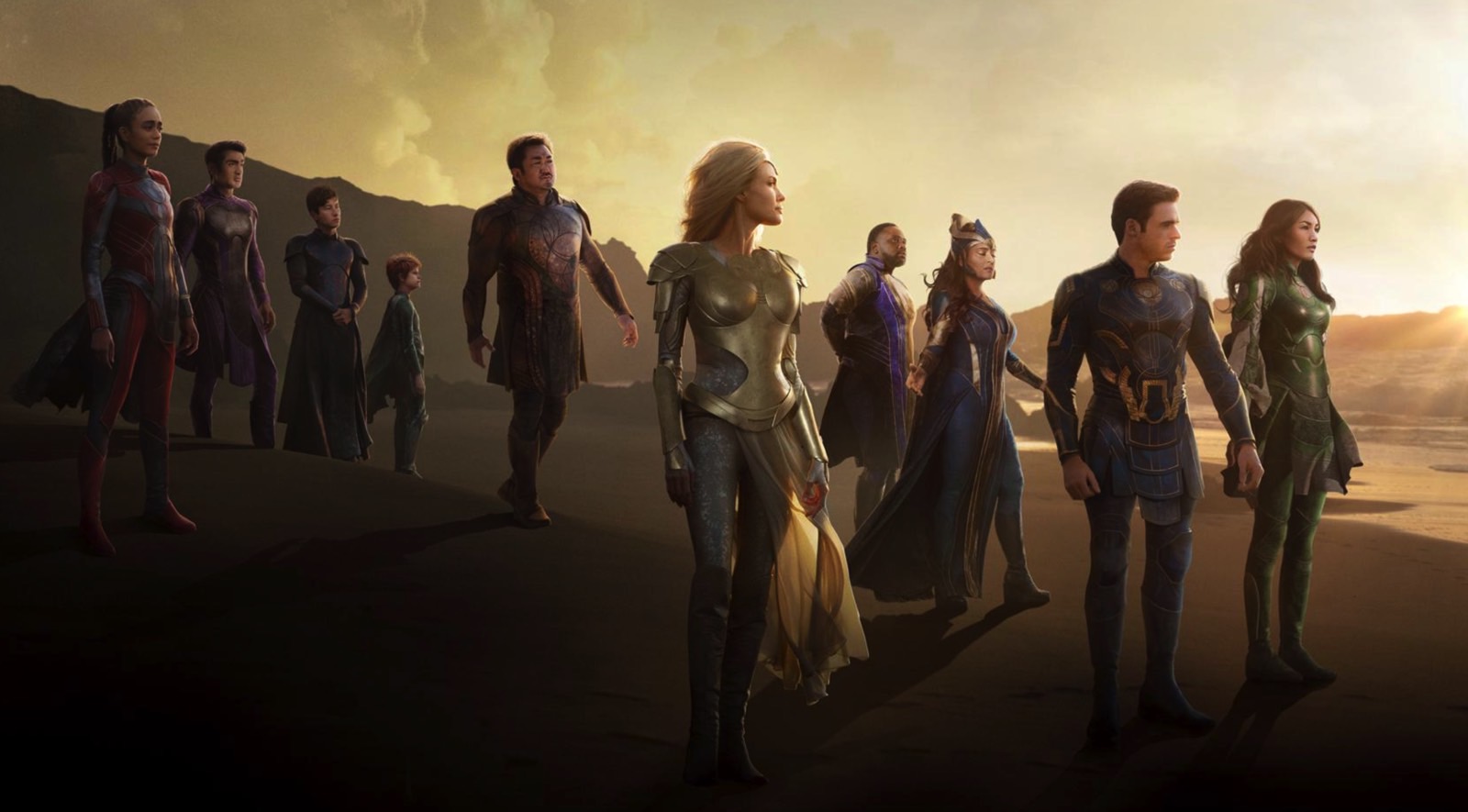 Marvel has had a few incredible days in mid-August, generating tremendous buzz for its upcoming MCU movies. It started with the brand new Eternals trailer released last Thursday. The official Shang-Chi and the Legend of the Ten Rings reviews then dropped on Monday. Later that day, Sony released the first Spider-Man: No Way Home trailer, which immediately stole the spotlight. We didn’t even get to finish talking about the massive revelations in the final Eternals trailer, which seemingly confirmed a massive plot leak. However, Eternals deserves just as much attention as Spidey, and we’re not done explaining Marvel’s brand new superhero team. In what follows, we’ll talk about the biggest Eternals plot hole so far and how there are already answers to explain it. Mind you, massive spoilers will follow below.

How can Eternals already have a plot hole?

Eternals doesn’t premiere until November 5th, so how can we talk about a plot hole for a movie that’s not even out yet? Well, it’s all thanks to the final trailer that Marvel released on August 19th. The trailer tackles some of the significant issues we expected the film to explain, and that’s where this glaring plot hole comes from.

The Eternals have been living in the shadows on Earth for seven millennia. Their mission is simple. They have to observe human evolution and protect mankind against Deviants. That’s why the Eternals have never mingled with the Avengers. It’s why they did not intervene against Thanos (Josh Brolin) in Infinity War or Endgame. And why they haven’t stopped humans from killing each other for thousands of years.

We learn all that from the final trailer’s first scenes. Ajak (Salma Hayek) is in awe of the fact that the people of this planet undid Thanos’s snap. Her excitement shows as she’s warning Ikaris (Richard Madden) of the next impending danger. Later in the clip, Sersi (Gemma Chan) explains to Dane Whitman (Kit Harington) that the Eternals never interfere.

Why didn’t any Eternals die?

It’s not that Earth’s humans would die or trillions of living beings in the universe. But, given Thanos’s intentions, half of the Eternals on the planet would have to die too. This brings us to the obvious plot hole: None of the Eternals vanished.

In Infinity War, Thanos blipped away half of all living things. It seems unlikely for all 10 Eternals on Earth to survive the snap. That’s why this detail is a significant plot hole until Marvel explains it.

Sure, there might be more Eternals in the universe, guarding other Earth-like planets. And Thanos himself is an Eternal with Deviant genes. He happens to be Thena’s (Angelina Jolie) cousin. But even in such a case, you’d expect a few of Earth’s Eternals to turn to ash in Infinity War.

Yet none of the Eternals in the trailers show any indication that they might have disappeared from existence for five years. We already know the action in this movie takes place after Endgame. Some of them haven’t been in contact for hundreds of years, but you’d expect them to at least check to see if everyone’s alive after what Thanos did in Infinity War. You’d want to know the other Eternals are well, even if you’re not living together.

But no, the Eternals apparently all survived the blip.

The plot hole already has some explanations

Just last week, we told you about the huge Eternals plot leak that seems to be accurate. There’s plenty of information in the two Eternals trailers so far to confirm that leak.

The plot hole’s explanation lies within the leak, and you’ll soon understand why Marvel can’t make any mention of it. It would give away a major surprise that spoils the entire movie.

Sersi learns that the Celestials created both races and that the Eternals are basically just very advanced robots. They seed young planets with a Celestial egg’ that takes eons to mature. The evolving intelligent life on these planets feeds the Celestial’s growth, so the Eternals are sent to protect the evolving life forms and kill the Deviants. After the emergence, the Eternals are ‘rebooted’ and sent to another world (this is the cause of Thena’s memory issue, as she knows that the planet is doomed) – this cycle has gone on for millions of years. Earth was seeded and Tiamut is about to emerge (this was the cause of the earthquake earlier). Once awakened, the entire planet and all life will be destroyed.

Thanos explicitly asks the Infinity Stones to kill half of all life. If the Eternals are indeed androids, then they would survive the Thanos blip. As an aside, I can’t help but wonder whether the TVA’s robot detection measures that take place while processing a variant have anything to do with Eternals.

What if the Eternals can’t die

Back to the matter at hand, the Eternals plot hole could also have a simple explanation. This is from Marvel’s Eternals description:

The Eternals’ bodily cells contain cosmic energy, and they maintain constant mental control over every molecule of their bodies. Eternals are virtually immortal, and can be restored to life even if the molecules of their bodies are scattered.

This tells us that an event like Thanos killing half of all living beings might not work on the Eternals. Even if half of them die initially, they might just reform. That said, the Eternals’ immortality might have some fine print. The plot leak above also says that some Eternals will die in the upcoming movie.