'the black phone' is a supernatural thriller from blumhouse productions 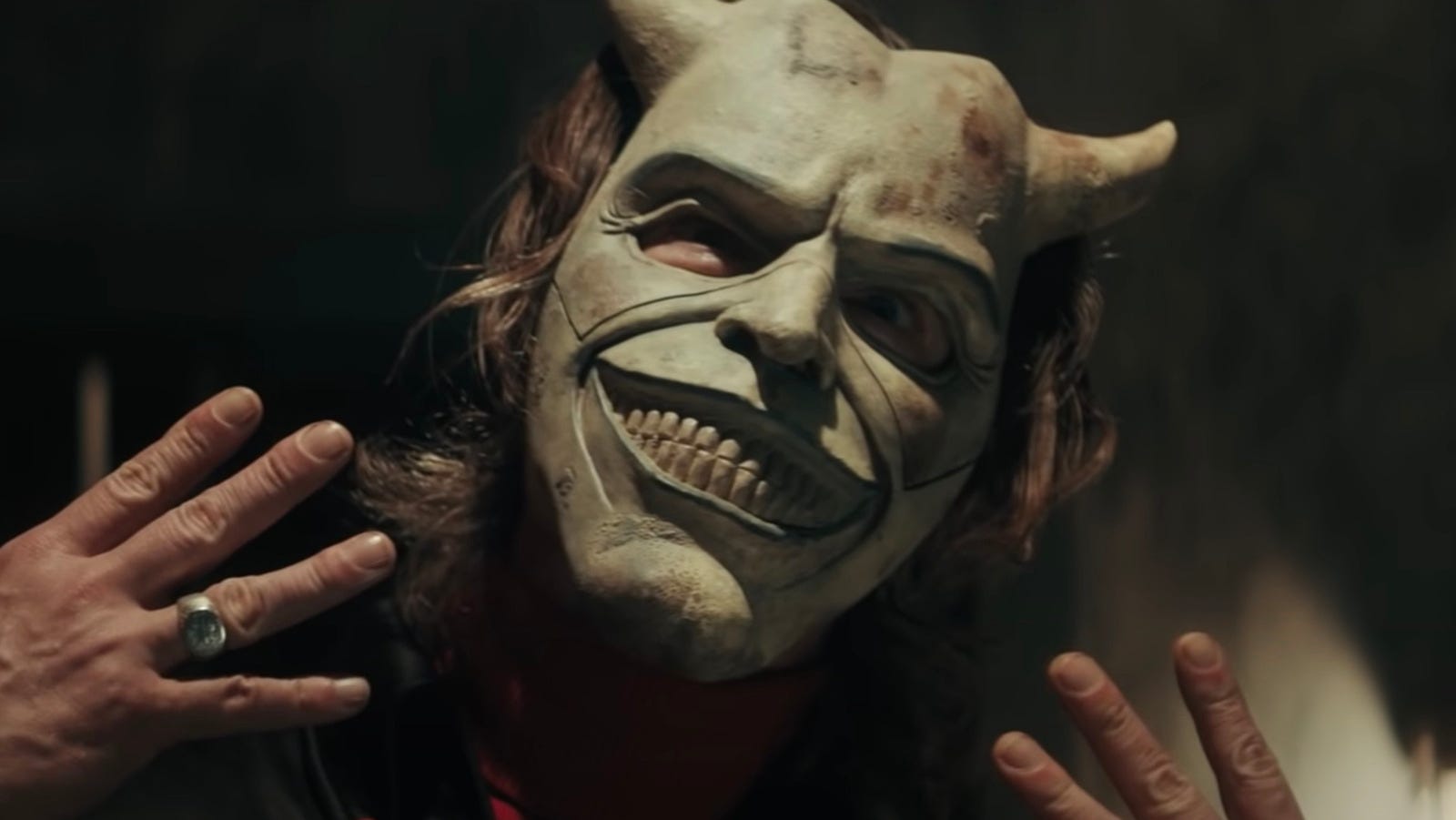 Ethan Hawke in “The Black Phone.”

“The Black Phone” is now available to watch at home with a Peacock Premium subscription. You can also purchase the horror film from video-on-demand (VOD) retailers like Prime Video and Vudu.

Ethan Hawke stars in “The Black Phone” as The Grabber, a child kidnapper and serial killer. When Finney (Mason Thames) is abducted by The Grabber, he finds a phone that allows him to communicate with previous victims. At the same time, Finney’s sister begins having psychic dreams about her brother’s abduction.

Check out the trailer for ‘The Black Phone’

“The Black Phone” is adapted from a 2004 short story by author Joe Hill. Hill is the son of prolific horror writer Stephen King. The film is directed by Scott Derrickson, whose previous credits include “Sinister” and Marvel’s “Doctor Strange,” and it’s produced by Blumhouse Productions. Blumhouse is known for producing other popular horror films, like “Get Out” and “The Purge.”

Reviews for “The Black Phone” are positive, with critics praising the performances by Ethan Hawke and the film’s child actors. The movie has an “82% Certified Fresh” rating on review-aggregator website Rotten Tomatoes.

Where to watch ‘The Black Phone’

Peacock Premium costs $5 a month and is ad-supported. If you prefer ad-free streaming, Peacock Premium Plus costs $10 a month. Both plans offer access to Peacock’s entire streaming library, including new movies and next-day TV premieres from NBC and Bravo.

The Peacock app is available on mobile devices, smart TVs, and media players from most major brands. Check the Peacock website to see a full list of supported devices.

Can I watch ‘The Black Phone’ without Peacock?

If you don’t want to subscribe to Peacock, you also can buy “The Black Phone” from streaming retailers like Amazon Prime Video, Vudu, and YouTube for a one-time fee of $20. The film is available in up to 4K quality

If you buy the movie, you’ll be able to watch it as many times as you want. “The Black Phone” also supports the free Movies Anywhere platform, which allows you to sync your digital movie purchases together across apps. For example, if you link all your retailer accounts, you’ll be able to watch “The Black Phone” on Vudu even if you originally buy it through Prime Video.

If you’re not interested in owning the movie, you should wait until a cheaper rental option launches on September 6. Pricing hasn’t been announced yet, but the film will likely cost around $7 to rent. With the rental option, you get 30 days to start watching the film once you order it, and then 48 hours to finish once you hit play.

Apps for these VOD retailers are supported on iOS and Android smartphones, tablets, streaming media players like Roku and Fire TV, and smart TVs from most major brands. Be sure to check your retailer of choice’s website to make sure it’s supported on your device before you purchase.

Is ‘The Black Phone’ based on a true story?

“The Black Phone” is not based on a true story. The film is adapted from author Joe Hill’s fictional short story of the same name.

That said, the movie’s villain is inspired by real-life serial killer John Wayne Gacy, and elements of the story are influenced by director Scott Derrickson’s childhood.

Share
Previous Android App Linksの複数ホスト対応と、Android App Links対応Webサイトに対して複数アプリを関連付けるための知見
Next ‘A hotel is not home’: Afghan families still wait for a place of their own in UK