This is today’s edition of The Download, our weekday newsletter that provides a daily dose of what’s going on in the world of technology.

The news: A new system called OrganEx stopped the deterioration of cells in pig organs one hour after the animal’s death, a finding that suggests cells don’t die as quickly as previously understood. The technology successfully restored blood circulation and repaired damaged cells in the pigs.

Why it matters: Experts have called the research “truly remarkable,” adding that if scientists are able to intervene and prevent permanent cell failure, it raises serious questions over how we define a biological death. The study could pave the way to making human organs more viable for transplantation by making them last longer, and in better condition, post-removal, and could also help towards developing methods to treat strokes and heart attacks.

What’s next?: The team is planning future studies in animals, and an obvious next step is to try to study whether organs treated using OrganEx are viable for transplantation. While they’re keen to emphasize the technology is not yet ready for use in humans, they’re cautiously optimistic the system may be able to salvage organs that would otherwise have been unusable. Read the full story.

I’ve combed the internet to find you today’s most fun/important/scary/fascinating stories about technology.

1 Chinese social media users are mocking their government
They were angered by officials’ failure to prevent Nancy Pelosi’s plane from landing in Taiwan. (NYT $)
+ Now she’s left, China has started a series of military exercises near Taiwan. (BBC)

2 The law is coming for crypto fraudsters
But whether they actually get punished or not remains to be seen. (Recode)
+ Yet more major hacks have left the industry shaken. (WP $)
+ Elizabeth Warren take aim at banks’ legal crypto guidelines. (Bloomberg $)
+ Framed NFT art is not a fun icebreaker at parties after all. (Wired $)

3 The far-right is trying to recruit children online
Extremist ideology is thriving in online games and chat rooms. (The Guardian)
+ Here’s a schoolboy’s experience of being seduced by far-right content. (The Guardian)

4 Black creators feel shortchanged by an app that promised them wealth
Triller tempted them away from arch rival TikTok, but rarely delivered on its pledge. (WP $)
+ Social media’s white supremacy problem is being laid bare by the Jan 6 hearings. (Fast Company $)

5 The price of virtual land in the metaverse has tumbled

Who could have seen this coming?! (The Information $)
+ What a shame, we’ll have to wait to date in the metaverse. (Insider)
+ The metaverse is a new word for an old idea. (MIT Technology Review)

6 High-tech surveillance doesn’t stop people crossing the Mexican border
It does, however, make the trek much more dangerous. (The Verge)

8 Gig economy riders are suffering in the intense heat

But for many, long shifts are the only way to guarantee a stable wage. (Sifted)

9 An AI trained on 4chan learnt to spew out misogynistic hate speech
To the surprise of precisely no one. (Slate)
+ AI still sucks at moderating hate speech. (MIT Technology Review)

Finding out could help us to live longer, too. (Spectrum IEEE)
+ Bats’ brains predict their next move during flight. (MIT Technology Review)

Quote of the day

“I’ve tried three courses and one expert on the side, and the only thing I got out of it was an empty wallet.”

—Scott Mitchell, 33, tells the New York Times how he plowed $15,000 into programs promising tips on how to get rich on YouTube, but made nothing in the process.

AI is wrestling with a replication crisis 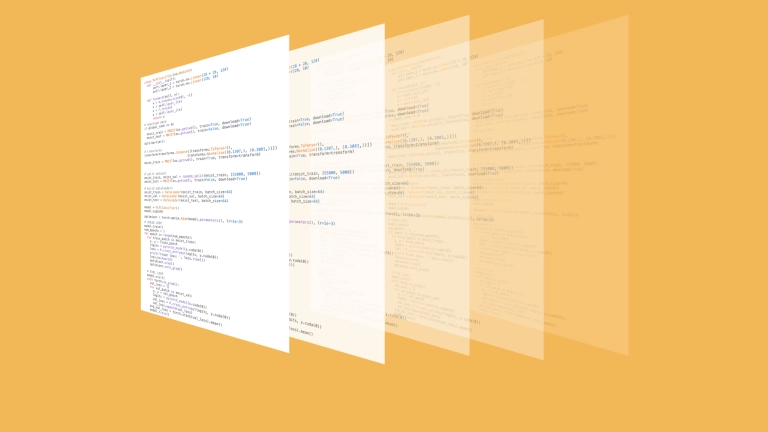 Back in October 2020, Nature published a damning response written by 31 scientists to a Google Health study that had appeared in the journal earlier that year. Google was describing successful trials of an AI that looked for signs of breast cancer in medical images. But according to its critics, the Google team provided so little information about its code and how it was tested that the study amounted to nothing more than a promotion of proprietary tech.

The group is among a growing number of scientists pushing back against a perceived lack of transparency in AI research, claiming that the very high-profile journal had published an advertisement for cool technology that had nothing to do with science. AI already suffers from the black-box problem: it can be impossible to say exactly how or why a machine-learning model produces the results it does—and a lack of transparency in research makes things worse. Read the full story.

We can still have nice things

A place for comfort, fun and distraction in these weird times. (Got any ideas? Drop me a line or tweet ’em at me.)

+ This is a really interesting explanation of why we all went so doolally for generic scandi interior design after the 2008 credit crunch.
+ It’s been 15 years since Mad Men first aired. Here’s why it’s one of TV’s best-ever programs.
+ An Amazon vs Microsoft art exhibition wasn’t exactly a roaring success.
+ Rebecca Simon must have one of the coolest jobs around: pirate researcher.
+ It looks like those random pandemic impulse purchases are coming back to bite us.