The ‘lipstick index’ says people buy more makeup when times get tough. Here’s where it comes from — and whether it can really predict a recession. 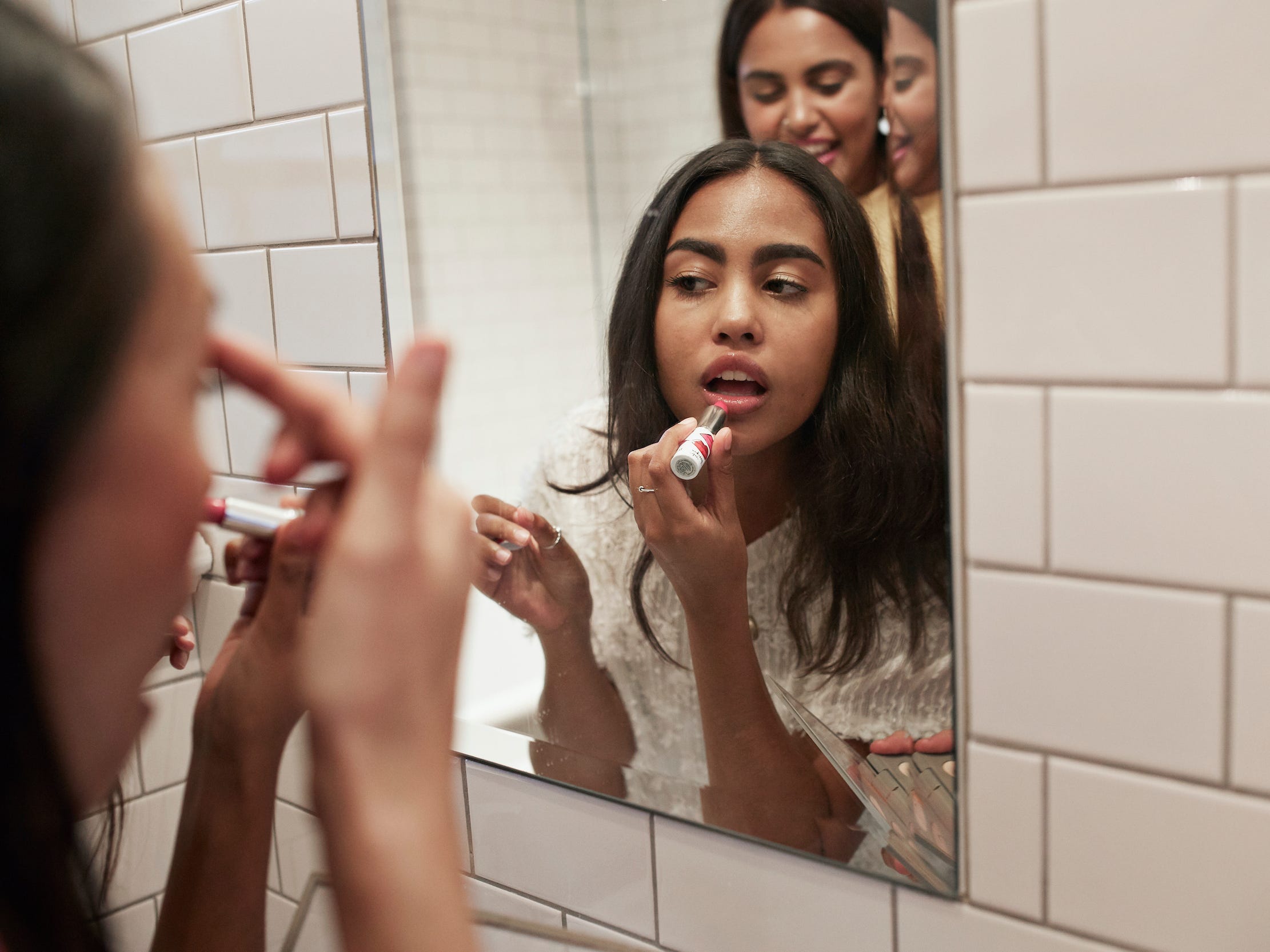 Conventional wisdom would imply that when times get tough, economically speaking, people cut back on non-essential purchases, even the affordable kind.

But that’s not always what happens — in fact, some experts believe that people tend to buy more little luxuries the worse the economy looks.

This phenomenon has a name — the lipstick index — and it’s borne out multiple times throughout history when the economy has experienced a downturn. It’s not foolproof: the early months of the pandemic disproved the theory, and there are periods of tranquility when cosmetics sales have skyrocketed.

Still, as inflation rages on and a possible recession lurks on the horizon, we’re already seeing indicators that the lipstick index is coming into play once again.

What, exactly, is the lipstick index?

The creation of the lipstick index is widely attributed to Leonard Lauder, one of the billionaire heirs to the Estée Lauder cosmetics fortune.

“At times when discretionary income is scarce and splurging on expensive non-essential goods is not an option, buying lipstick could be a way of escapism,” Natallia Bambiza, a director and beauty analyst at market research firm NPD Group, wrote in a recent blog post.

Bambiza described lipstick as an “affordable luxury,” one that people are willing to splurge on even as they give up luxuries like a designer handbag or a piece of jewelry.

When have we seen this play out in history?

Around the time Lauder invented the index, lipstick sales at mass retailers had risen 11%, The Wall Street Journal reported at the time.

Makeup sales also jumped between 1929 and 1933, as the US was mired in the Great Depression. And some of the world’s biggest cosmetics brands reported a sales boost in 2008 as the US headed into a recession.

Is lipstick the only ‘affordable luxury’ people buy?

It’s not always lipstick that gets people spending in a downturn.

During the 2008 Recession, nail polish sales soared as people skipped the salon to save money.

And during the first year of the pandemic, the need to wear masks all the time made lipstick a pointless purchase. Instead, people opted for fragrances: sales were up 45% in the first quarter of 2021 versus the year prior, and were higher, even, than pre-pandemic times.

Larissa Jensen, vice president and beauty industry advisor at NPD Group, told Insider at the time that scents offered a moment of escapism during an especially dark time and became “a means to lift our spirits.”

Can the lipstick index actually predict a recession?

Probably not. There isn’t always a correlation between lipstick sales and the health of the economy — sometimes cosmetics sales have boomed during times of relative economic prosperity and dipped during downturns.

“The smaller the economic data becomes, the more volatile it tends to be, and the harder it is to extract the underlying signal,” economist Lou Crandall told The New York Times about the lipstick index during the 2008 Recession.

Still, sales of lip products are rebounding in 2022, at a time when many Americans have a dim outlook on the economy. NPD data showed that lip products — which includes items like lipstick and gloss — were the fastest-growing makeup product from January to June 2022, with revenue rising 28% in the second quarter.