PLOT: The true story of boxer Harry Haft (Ben Foster). During WW2, the Jewish Haft was sent to Auschwitz, and when he punched out a guard who was about to execute his friend, he was chosen by an officer (Billy Magnussen) to participate in a sadistic game for the guards. He would be given minimal training as a boxer and extra rations, but he’d have to box in brutal fights to the death against other prisoners every Sunday. Years later, upon his release, Haft is now a professional boxer, training for a fight against Rocky Marciano. Still, he’s haunted by the concentration camp horrors he was subjected to and a lost lover who disappeared during the Holocaust.

REVIEW: Barry Levinson‘s The Survivor is his best feature film in some time. During the eighties and nineties, Levinson was one of the most reliably good directors in Hollywood, helming a string of classics that include Diner, Avalon, Good Morning Vietnam, Rain Man and others. Somewhere around Toys, he became a little more inconsistent, but recently he’s directed some notable TV films, including You Don’t Know Jack, Paterno, The Wizard of Lies and more.

With its grit and non-linear style, The Survivor has a lot more in common with Levinson’s recent TV output than movies like Rock the Kasbah, and the passion he put into this movie is evident from the first frame to the last. A harrowing story to tell, Levinson walks a fine line here. He’s made a film that, by its nature, has to be unflinchingly brutal but also can’t be exploitative. He finds a good balance, mainly through the unconventional way the movie unfolds.

When we meet Haft, he’s a scrappy boxer who’s lost his last six bouts. He can’t shake those holocaust memories (shot in high contrast black and white), but more than that, he’s haunted by the idea that his former lover, Leah (Dar Zuzovsky), is still out there. Thus, he allows a sports writer (Peter Sarsgaard) to tell his concentration camp story in the hope that it’ll become big enough news that Leah, if she’s out there, will know he’s still alive. The story proves to be a double-edged sword. It lands him in fight against Rocky Marciano, but it makes him a pariah in his Polish-Jewish community.

In any other movie, the fight against Marciano would be the climax of Haft’s story, but here’s it’s just another episode in his life. By doing this, Levinson is making it clear that this isn’t a sports movie and that Haft’s fight in the ring pales with the ongoing trauma he’s experiencing from his hellish life at Auschwitz. Many may judge Haft for agreeing to fight other prisoners to the death, but the reality is that none of us could know what we’d do in such a situation and, when it comes down to it, you fight to live another day, pure and simple.

Levinson directs the fights in a straightforward, brutal way, emphasizing the tragedy and brutality and refusing to get maudlin. This is just simply something Haft had to do. The most harrowing scene is Haft’s fight against a semi-pro French prisoner at another camp who’s not Jewish. The two fight an agonizing thirty rounds plus until both of their faces are pulp. The intense score by Hans Zimmer emphasizes the horror and life and death stakes, and this setpiece probably ranks as one of Levinson’s best.

It helps that Ben Foster, in the starring role, gives one of the most committed performances of his career. The physical transformation, which included losing 60 pounds and immediately regaining it to play Haft later in life, is shocking. We follow Haft from being shockingly emaciated in the concentration camp, to being in his physical prime post-war, to doughy middle age in the sixties, when he finally has to reconcile the demons of his past. Through it all, Foster is terrific and ably supported by Vicky Krieps as the Jewish aid worker who starts to reawaken his more humane side. Magnussen is evil incarnate as the aristocratic concentration camp officer, who, while making Haft fight for his life, lectures him about how he “doesn’t hate the jews” and considers the camps mere “unpleasantness.” His comeuppance is the only part of the film that feels like a concession to the audience.

Danny DeVito, John Leguizamo and Peter Sarsgaard all have nice parts as the folks Haft meets in America, but it’s Krieps and Saro Emirze as Haft’s brother who make the most significant impact. It’ll be interesting to see how Levinson’s film is received outside of TIFF. Already the reviews seem mixed, with some of the trades loving it and others dismissing it. A movie like this was always bound to be divisive, but no one can deny Levinson put his heart and soul into the movie – and it shows. Enjoy might be the wrong word to use about a brutal film, but it’s worth seeing the same way a movie like Come and See is. Don’t miss it. 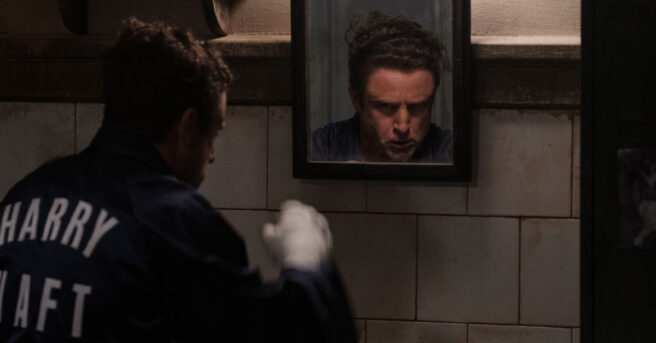 The post The Survivor Review (TIFF 2021) appeared first on JoBlo.

Meredith Marks Mocks Jen Shah: Why Are You Filming While Under