There’s no such thing as an ‘addictive personality’ 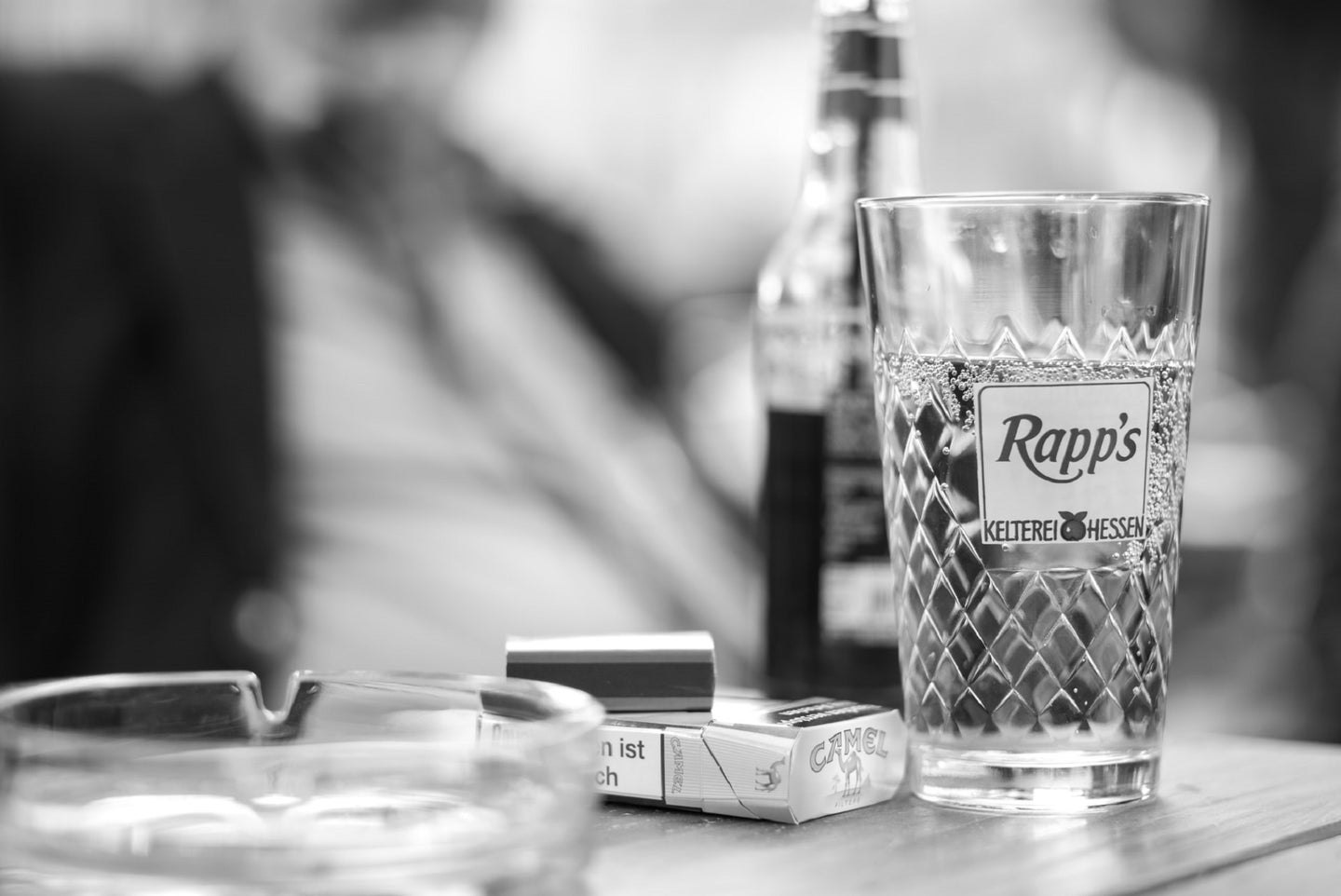 Your vices don’t necessarily mean you have an “addictive personality.” Just ask a psychologist. Fabian Fauth/Unsplash

I’ll never forget my first addiction: RuneScape, a vast online fantasy game. It was 2004, and I played it round-the-clock. In school, I daydreamed about slaying dragons. On weekends, I fought goblins until the sun rose. I didn’t have much time for homework because I had too many spells to cast.

I was only 12 years old, but my mom would warn me about getting addicted to the game all the time. Addiction runs in the family, she’d say, so I needed to watch out if I ever drank alcohol, and other drugs weren’t even a conversation. I’d tell her not to worry — I hadn’t even touched a cigarette at the time.

Still, I always had this feeling that there was something obsessive inside me, something I’d never shake. That’s what I thought my mom was trying to say, anyway.

I learned the hard way that she wasn’t wrong. Ten years later, I was binge-drinking Fridays to Sundays without a wink of sleep, usually with some chemical help, and trying (often unsuccessfully) to keep lunch beers to no more than a couple per day during the week. It wasn’t until five years and too many mistakes later that I was forced to kick booze for good.

But there’s always been something I can’t seem to get enough of, whether it’s weed, coffee or true crime videos on YouTube. Some would say I have an “addictive personality,” or an inherent voraciousness. Personally, I’ve taken to thinking it’s that same inner demon my mom cautioned me about when I was just a kid playing wizard until I’d fall asleep at the computer.

Many of us addiction sufferers internalize this barbaric sense of self. We feel as though we’re different, hardwired to want more, more, more. “All I want to do is slam a dopamine button to feel good,” says Loz, creator of @brutalrecovery, an Instagram page dedicated to memifying the experience of addiction rehabilitation. “I can be addicted to literally anything.” First it was drugs and alcohol, but now she says it’s “smoking, sex, Nutella, exercise, new hobbies, books, food, cooking and buying shit I don’t need.”

But the reality of addiction is much more complicated than just “some people have it, some people don’t.” It can’t be boiled down to a singular character type. In fact, there aren’t any universal traits that all addicted people share. Some have one addiction. Some have multiple. Some are loners. Some are extroverts. Some have personality disorders. Some don’t.

In short, there’s no such thing as an addictive personality. Every peculiarity imaginable can be found among people with addictions, which is to say that anyone can become addicted to anything given the right circumstances. (That said, there are debates about whether behavioral addictions, like sex or gambling, qualify as “true” addictions in the same ways that a physical dependence on drugs does.)

We do know, however, that certain personality traits can put a person at higher risk of developing an addiction. Psychologist Kelly Green, author of Relationships in Recovery, says being impulsive, thrill-seeking, nonconformist and having a low distress tolerance are all characteristics that “run in the same circle as addiction.”

Dan Mager, author of Some Assembly Required: A Balanced Approach to Recovery from Addiction, says feelings of emptiness and hyper-sensitivity are also common among folks who develop addictions. Likewise, while people with addictions can’t be identified by their mental health conditions, persons with anxiety are more likely to suffer from substance abuse. “Using is a way of numbing or turning down the volume of those feelings,” he says. For whatever reason, we also know that children with higher IQs are more likely to use illegal drugs later in life.

Whether these quirks end up leading to addiction depends on a smorgasbord of other factors. Green says about 50 percent of a person’s susceptibility to addiction can be linked to their genes, but we’re not entirely sure how that manifests. “That leaves the other 50 percent up to all sorts of psychological, social and cultural factors,” she explains. Your environment also plays a part, as does how you cope with your idiosyncrasies and how other people treat them. Even stress can rewire the brain’s reward circuitry, so someone with an extremely stressful life (for any reason) can be more prone to addiction.

“It’s a combination of nature and nurture,” says Mager. But there’s so, so much in between, and we’re still learning what actually constitutes nature and nurture when it comes to developing addictive tendencies. “It’s impossible to tease out where one ends and where one begins,” he adds.

From a nature standpoint, Green says, “We’re starting to learn that it might be related to some neurological differences in things like the density of dopamine receptors in the brain. So if somebody has fewer dopamine receptors, they’d need more dopamine to feel that same kind of good feeling that others would have more naturally.” This, of course, can be achieved through drugs.

Then, once you begin using a drug, it does actually change your brain’s biochemistry to keep you wanting more.

Nurture, meanwhile, can involve all sorts of circumstances, from being around family members who use drugs openly to living in a culture that relies on prescribing your problems away. “American culture in particular is so insidious for addiction because we’re sold this message from the time we’re kids that we’re supposed to feel happy, and if we don’t feel happy, there’s something wrong with us,” Green says. “To have a good time, you have to have this type of drink or this type of cigarette. We’re just bombarded by these images of filling ourselves up with external means instead of learning the coping skills.”

Loz is a good example of someone who grew up around addicts and picked up on their behaviors. “There wasn’t a lot of moderation going on around me, so I didn’t learn it as a concept,” she says. “Then the little motor inside me that always wanted more and different was allowed to take front and center.”

Combine all of this, and you create an ideal environment for addictive behavior to develop. But again, there are many who face these addiction-motivating circumstances and come out scot-free, which points to the immense complexity of addiction. “My sister with the exact same childhood and gene pool isn’t an addict in any sense of the word,” Loz says. “She’s never even smoked a cigarette and knows how to moderate everything.”

As for me, well, it does run in the family, like my mom always said, so I have those addictive genes. I’m an anxious person, too, so there’s that. And yeah, I guess I could have learned better coping mechanisms for stress at a young age.

But the only way to truly explain why I can’t quit logging back into RuneScape to this day would involve analyzing every moment of my life, picking through my genes and poking around my brain.

Unfortunately, I have way too many spells to cast to make time for that.

The post There’s no such thing as an ‘addictive personality’ appeared first on Popular Science.

Search more articles here: There’s no such thing as an ‘addictive personality’

Read original article here: There’s no such thing as an ‘addictive personality’