These 5 mysterious space objects straddle the line between planets and 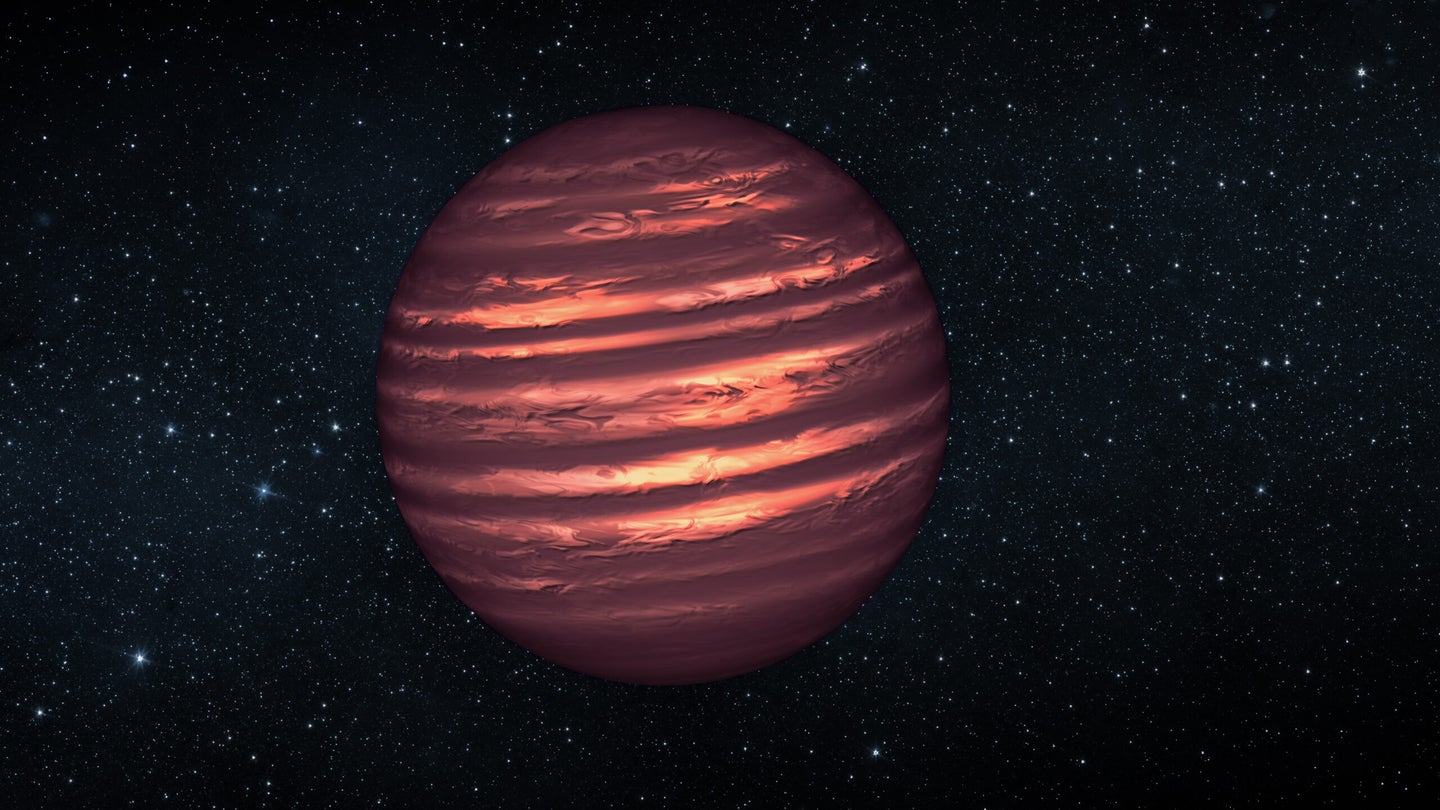 Brown dwarfs glow warm with the heat from an alternative type of fusion, but fail to ignite the long-term hydrogen fusion reaction that powers stars. NASA/ESA/JPL

Astronomers have spotted five objects that straddle the line between stars and planets—the freshest examples of a rare and enigmatic group of heavenly bodies known as brown dwarfs.

Brown dwarfs are often called “failed stars,” because they don’t have quite enough mass to ignite. But in recent decades researchers have wondered whether there’s more to being a brown dwarf than just having a little less heft than a star. By building up a sizable collection of bodies that challenge simplistic definitions, astronomers hope to get a better handle on all the weird permutations of matter the universe can throw at them.

As astronomers have devised increasingly sophisticated methods to watch the way stars flicker and wobble, they’ve identified thousands of strange and wonderful orbiting worlds. But among a sky filled to the brim with heavenly bodies, they’ve found comparatively few middleweight objects, specifically entities weighing between 13 and 80 or so times the mass of Jupiter.

These bodies aren’t quite planets, since they have enough mass to smush together deuterium atoms (a heavy variant of hydrogen) and warm themselves with fusion. But they aren’t quite stars either, since they lack the mass necessary to sustainably fuse proper hydrogen and shine for billions of years. Curiously, researchers have confidently located and described just dozens of these objects. In a universe teeming with stars and planets, something appears to be stopping the production of brown dwarfs.

Some researchers suspect the absence of intermediate objects—the “brown dwarf desert”—comes about because the category actually spans two groups that seem similar, but have distinct origins.

[Related: Being a heavyweight isn’t enough to turn a brown dwarf into a star]

The heaviest dwarfs, they argue, are truly failed stars. Each was once a gas cloud that collapsed, but didn’t quite gather enough mass together to start fusing hydrogen and shining.

The lighter dwarfs, meanwhile, may be more like super planets. They could have coalesced from the dusty disk that rings a young star. They then hoovered up mass so successfully that they were able to start fusing deuterium.

To find out what makes the brown dwarf desert so desolate, astronomers ironically need to find more of them.

A planet hunt turns up something else

Grieves and collaborators were scanning the sky for planets using data from NASA’s Transiting Exoplanet Survey Satellite, which watches stars for subtle dimming that takes place when a planet passes in front. During their investigation, a handful of Jupiter-sized shadows caught their attention.

But when they followed up with a 1.2-meter telescope at Chile’s La Silla observatory, they noticed something strange. The team measured how quickly the host stars were wobbling under the gravitational influence of their dim companions, and found that the putative planets possessed monstrous masses—weighing in at 77 to 98 times the mass of Jupiter. That heft put them so close to the upper edge of the textbook brown dwarf mass range that it’s hard to say with confidence what each object is.

”Some are probably more likely stars,” Grieves says, “but they’re right in the realm [of brown dwarfs].”

The team published their results in Astronomy & Astrophysics in August.

The not-quite-stars are thought to cool and shrink over time, for example. To test that theory, the astronomers compared the age and size of four of the brown dwarfs. They found that the biggest dwarfs were younger, while the more pint-sized dwarfs were older—as theory would predict.

[Related: Stars that gobble up planets could narrow the search for other Earths]

The five are also consistent with the notion that there actually are two types of brown dwarfs: failed stars and super planets. Astronomers expect super planets to be more common around stars with a richer variety of elements for sculpting worlds. Failed stars, meanwhile, might have more erratic orbits since they didn’t mature in the calming cradle of a dusty disk. The new brown dwarf candidates tended to look like what one would expect for failed stars near the mass ceiling.

While the line between planets and stars remains blurry, Grieves hopes future observations will bring more brown dwarfs to light.

“We are helping build this statistical sample where we’re going to be able to understand more and more all the different star systems around us,” he says.

The post These 5 mysterious space objects straddle the line between planets and stars appeared first on Popular Science.