This smart tugboat is about to journey more than 1,000 miles, 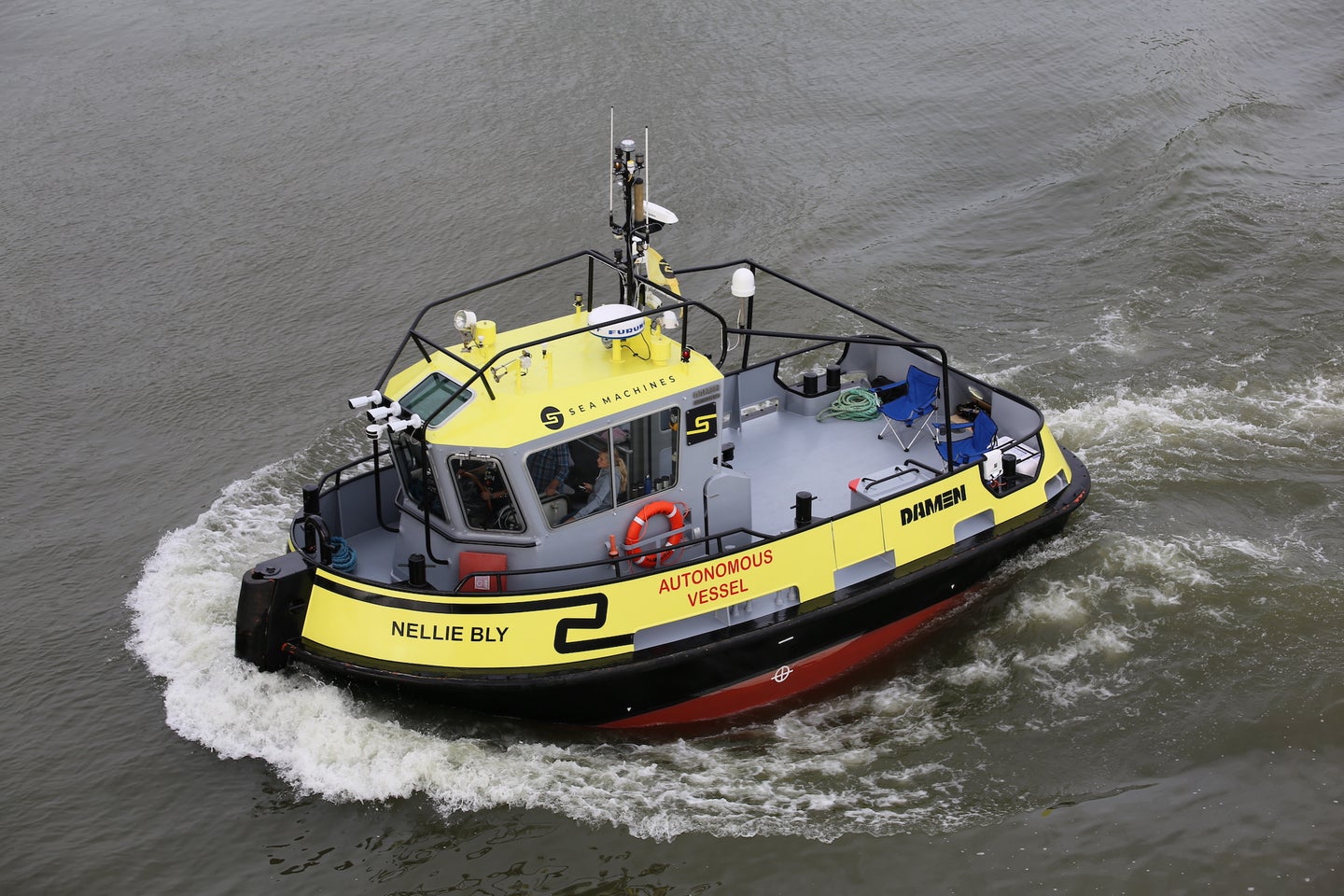 Later this month, a 35-foot-long tugboat is scheduled to depart from Hamburg, Germany with passengers on board—and commanding officers watching remotely from thousands of miles away.

Sea Machines Robotics, a Boston-based developer of autonomous vessel software and systems, announced on Tuesday that it is readying a tugboat for a 1,000-nautical-mile autonomous journey (that’s roughly 1,150 miles) around Denmark.

Crafted in the Netherlands, the tug will employ long-range computer vision and a “sensor-to-propeller” system called the SM300. Together, Sea Machines says these features allow for “path-planning, obstacle avoidance replanning, vectored nautical chart data, and dynamic domain perception.” In other words, it is designed to follow along a predetermined path safely, identifying and avoiding any obstacles that might appear along the way.

Michael Johnson, the CEO of Sea Machines, heralded it as the beginning of a “new era of at-sea operations” in the announcement, claiming that more autonomy on the water will lead to increased productivity and safer, more reliable trips, as well as better “harmony” between these vessels and the ocean itself.

“Just as other land-based industries shift repetitive manual drudgery from human to predictable robotic systems, our autonomous technology elevates humans from controller to commander with most of the direct continuous control effort being managed by technology,” Johnson said in the press release.

The tug, which Sea Machines has dubbed the Nellie Bly after the famous journalist who undertook a record-breaking trip around the world, is currently slated to begin its multi-week sail on September 30. In the interest of safety, there will be a minimum of three people on board at all times, and the company has four captains who will be rotating on and off the tugboat as a precautionary measure in case they do need someone to take control. Johnson and various other company employees will be coming along for the ride at times, too, and the trip itself has its own name—the “Machine Odyssey,” after Homer’s Odyssey.

Back in the US, a team of commanding officers will have the ability to plan and monitor the journey, including rerouting the vessel if necessary. As the tug ventures out towards each of its planned ports, the company will offer demonstrations of its technology. But you don’t have to be in Denmark to get a firsthand look—the Nellie Bly is equipped with multiple streaming cameras, according to Sea Machines. This is both to help the remote crew better understand the tug’s status at any given moment and to encourage interested parties around the world to tune in.

The company says there will be a website offering continuous updates on the Machine Odyssey journey, from livestreams from aboard the tug itself to dispatches from the remote command center in the US. This exposure nods to the company’s goal of trying to normalize and encourage others to adopt autonomy on the high seas. For now, those interested in staying in the loop about the tugboat can check out the Sea Machines website.

While Sea Machines says the Nellie Bly will be the first autonomously, remotely-commanded tugboat trip, there is a growing field of vessels making use of this type of tech. Already, there has been an autonomous ferry trip off the coast of Finland, sparking a number of other companies to try their hand at designing similar ships. And on the commercial side, the Norwegian Yara Birkeland is scheduled to take the first zero-emissions, autonomous, and crewless cargo ship trip by the end of this year.

The post This smart tugboat is about to journey more than 1,000 miles, autonomously appeared first on Popular Science.

Search more articles here: This smart tugboat is about to journey more than 1,000 miles,

Read original article here: This smart tugboat is about to journey more than 1,000 miles,