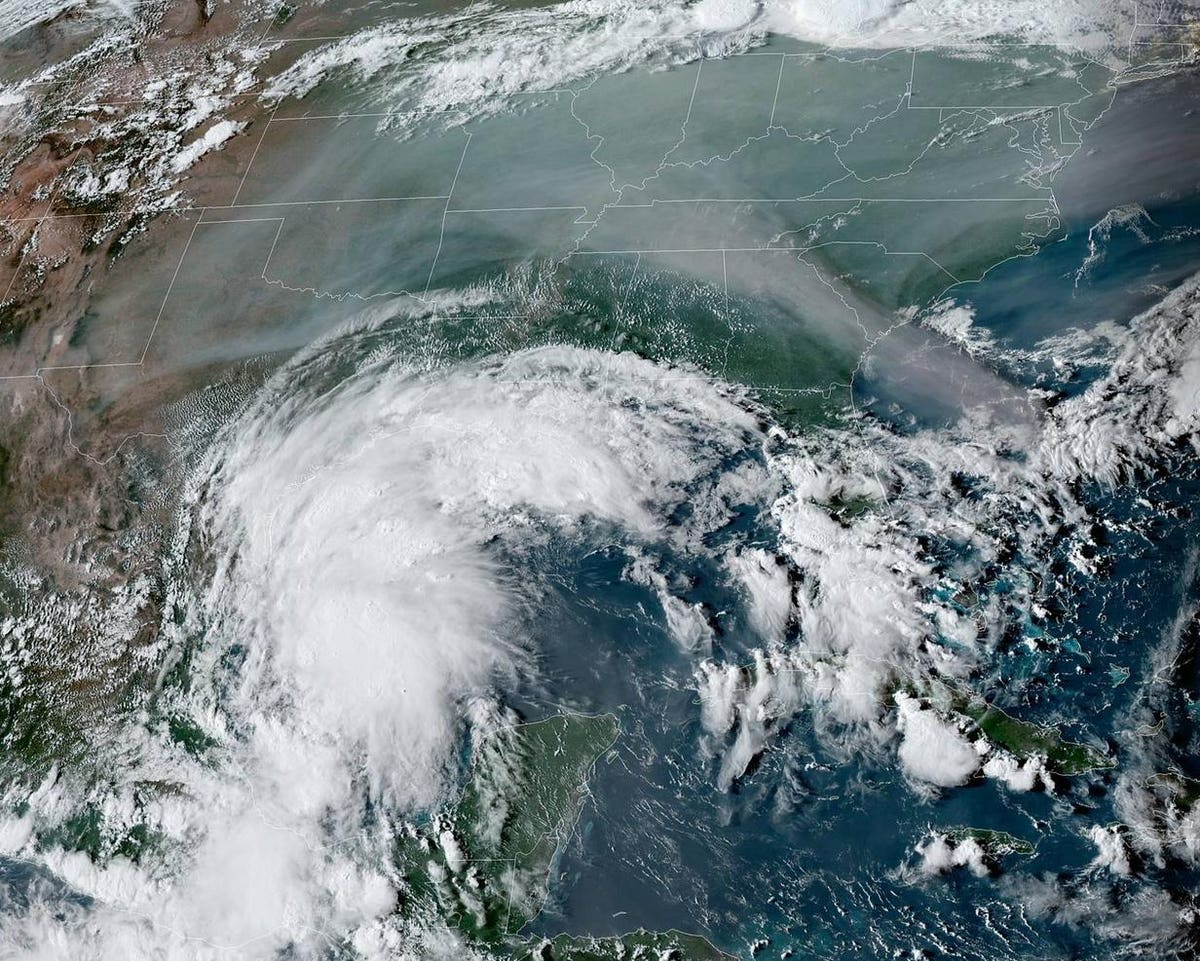 Tropical Storm Nicholas formed in the southwestern Gulf of Mexico on Sunday, becoming the 14th named storm of the 2021 Atlantic hurricane season. The system will slowly head toward the Texas coast over the next couple of days. The storm’s biggest impact will be heavy rainfall, which could lead to double-digit totals by the end of the week.

Forecasters with the National Hurricane Center (NHC) expect Nicholas to gradually strengthen over the next couple of days as it hugs parallel to the coasts of Mexico and Texas. The system could be a strong tropical storm by the time it makes landfall on Monday or Tuesday.

A bevy of tropical storm watches and warnings are in effect from Brownsville to Houston, stretching several counties inland in spots. The NHC’s latest forecast calls for landfall somewhere north of Corpus Christi late Monday night or early Tuesday morning, but given the storm’s proximity to land, a small change in its track would have big implications along the coast.

There’s an outside chance that the system could make a run for hurricane strength before landfall. (It is the peak of the season, after all.) For this reason, hurricane watches are also in effect for communities between Port Aransas and Sargent.

Storm surge warnings are also in effect along the coast. Based on its projected path and current intensity, Nicholas could produce a 3-5 foot storm surge between Port O’Connor and San Luis Pass if it makes landfall at high tide. A 2-4 foot storm surge is possible as far south as the international border and as far north as southwestern Louisiana.

While the storm’s strong winds could lead to a storm surge, tree damage, and power outages, the system’s greatest impact will be flooding from heavy rain. A surge of tropical moisture aloft will move over coastal Texas and lead to hefty rainfall totals through the end of the week.

The Weather Prediction Center’s forecast on Sunday evening called for more than 10 inches of rain across a significant stretch of southeastern Texas, including the Houston metro area and Beaumont. Higher totals are possible in spots.

This kind of rain will quickly lead to flash flooding, which is a significant problem across this low-lying region. Heavy tropical rains easily overwhelm drainage systems and natural waterways in this part of the country.

Most deaths during a landfalling tropical cyclone in the United States occur as a result of flash flooding. It’s never safe to try to drive across a flooded roadway because it’s impossible to tell how deep the water is until it’s too late.