trump attacks the doj and a florida judge hours after 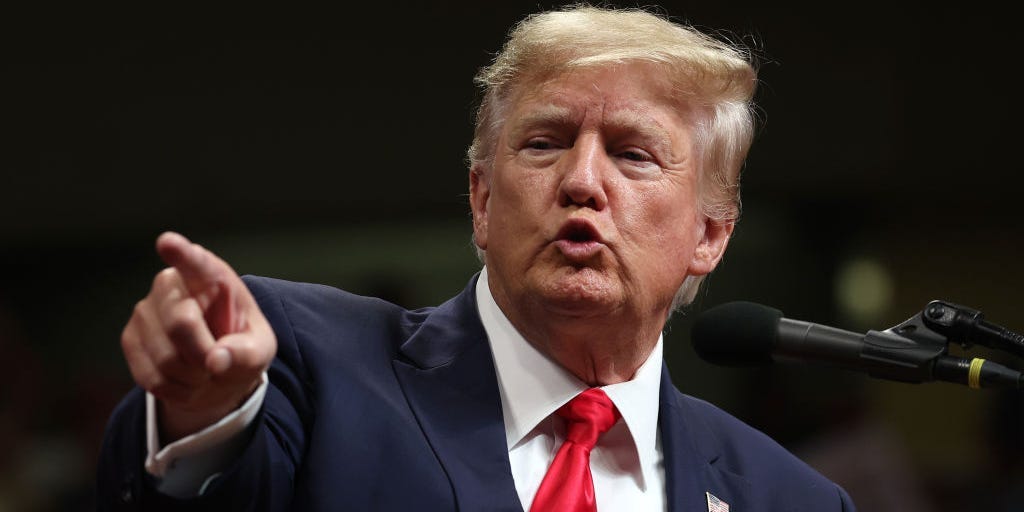 Former President Donald Trump at a rally in Anchorage, Alaska.

Former President Donald Trump attacked the Justice Department and the judge who approved the FBI raid of his Florida home, hours after he said that anger over the raid had gone too far.

Trump said on Monday morning that there needed to be less anger over the Mar-a-Lago raid or else “terrible things” would happen.

He told Fox News Digital in an article published at 9:40 a.m. ET: “People are so angry at what is taking place. Whatever we can do to help — because the temperature has to be brought down in the country. If it isn’t, terrible things are going to happen.”

Hours later, he resumed his attacks on the judge and the Justice Department over the raid.

In an 11:54 p.m. post on Truth Social, a social-media platform created by one of Trump’s companies, he said there was “no way to justify the unannounced RAID of Mar-a-Lago.”

He said the federal magistrate who approved the search warrant, Bruce Reinhart, should recuse himself from the case but didn’t give specifics.

And he appeared to question the ethics of the Justice Department, saying the search was conducted by “a very large number of gun toting FBI Agents, and the Department of ‘Justice.'”

He also called for the “immediate release” of the unredacted affidavit supporting the search, which he called a “horrible and shocking BREAK-IN.”

The department said Monday that the affidavit should not be publicly released because it included sensitive material about witnesses and the investigation that “implicates highly classified material,” The Associated Press reported.

The FBI raided Mar-a-Lago on August 8.

Unsealed court documents showed the search was part of an investigation into whether Trump had violated three laws, including the Espionage Act, dictating the treatment of government documents.