us gas prices are sliding toward $4, but hurricane season

US gas prices are sliding toward $4, but hurricane season will have a big say in whether they stay lower 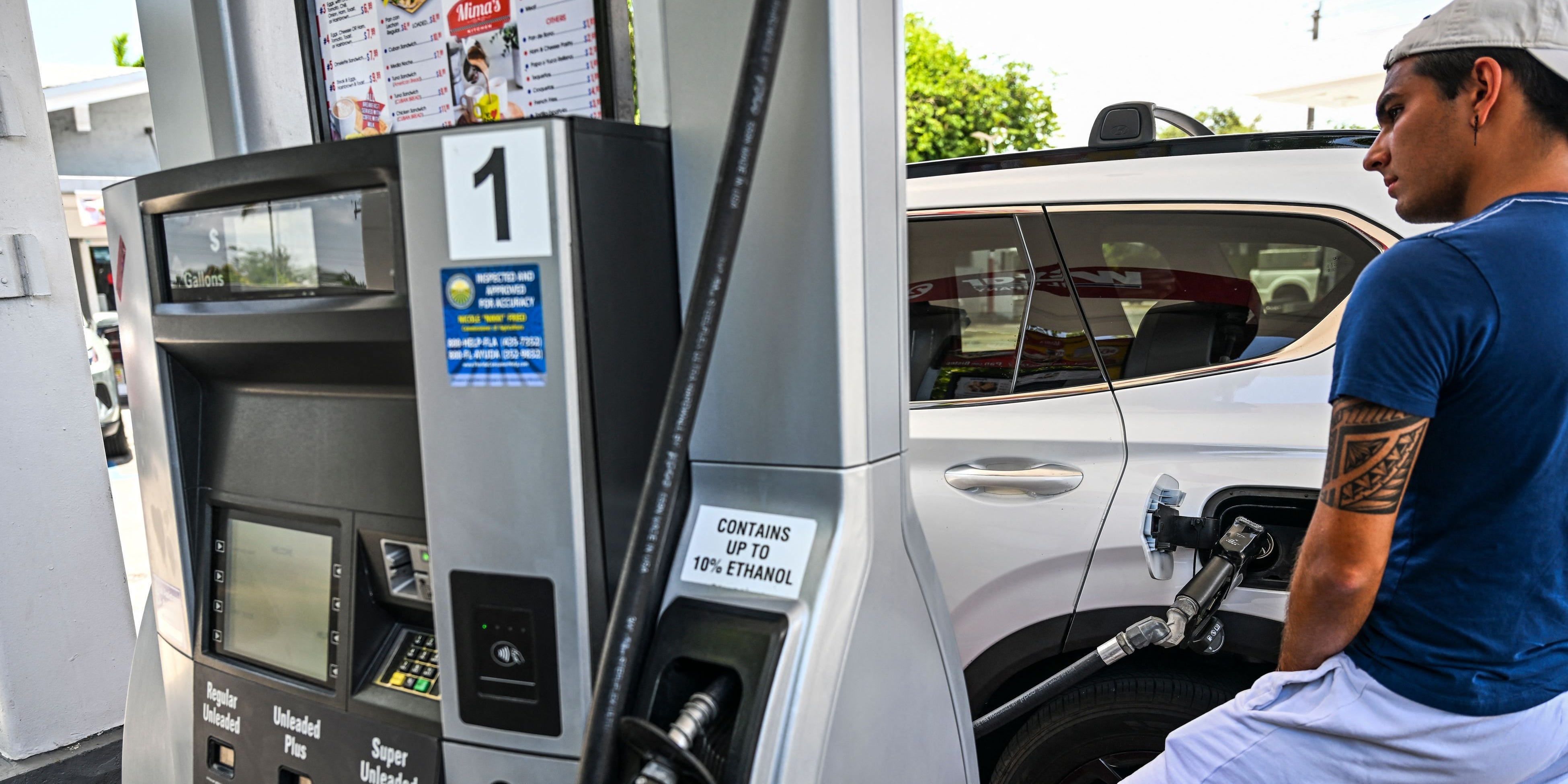 A man pumps gas into his car in Miami, Florida.

Drivers across America may soon pay, on average, less than $4 a gallon for gasoline, with prices steadily decreasing over the past month, but energy experts say an active hurricane season holds the potential to kick prices back up.

The national price average of regular-grade gas was $4.113 as of Friday, according to tracking by motor club AAA. The price marked the 52nd consecutive decline in what’s been a painful few months at pump stations for millions of Americans. Down from a peak of $5.01, the national average stood at $4.80 a month ago but was much higher than $3.19 a year ago.

“A back-of-the-envelope calculation seems to suggest that the daily cost for consumers by around the middle of this month we’ll be about a half a billion dollars per day less than what it was in the first 10 days or so of June,” Tom Kloza, global head of energy analysis at OPIS, told Insider this week. He separately said Friday the country was “a few hours” away from the average price slipping below $4.10 a gallon and that the median price was $3.939.

The market saw considerable demand destruction when gas prices hit $5 a gallon and that’s contributed to the consecutive drop in pump prices, he said. The downshift was taking place with the summer driving season moving closer to an end as Americans wrap up their road trips. Traditionally marked by Labor Day holiday, the summer driving season will conclude September 5.

What will still running on the calendar, however, is hurricane season. August through October will be the peak months in a season set to end on November 30.

“Atmospheric and oceanic conditions still favor an above-normal 2022 Atlantic hurricane season,” the National Oceanic and Atmospheric Administration, or NOAA, said this week in updating its 2022 outlook. It now sees a 60% likelihood of an above-normal season, edged down from its previous call of a 65% chance.

“A lot of production comes offline because of a bad hurricane season domestically,” said Skyler McKinley, regional director of public affairs at AAA Colorado, told Insider. “Even what we import … comes through the Gulf refineries, it’s not just [what’s] produced at home,” and a disruptive storm “could really send prices upward again.”

“I can promise you there’s going to be a reduction in [gas] prices after Labor Day unless … a bad storm knocks off refining capacity,” said McKinley.

“Historically, generally, those costs are regionalized. So it’s not necessarily true that folks in Colorado, for example, will be paying more because of bad hurricanes. But folks certainly in the Gulf region will and depending on how bad, it could affect the entire country.”

The market has been experiencing a “streak of luck” with no major hurricanes or refinery disruptions so far this year, said Kloza. “If we don’t get a tropical storm threat in the Gulf of Mexico, we’re gonna see retail prices drop below $4 a gallon, probably by about August 15 or 16th,” he said. Gas prices would rebound quickly in the event of a storm disruption but perhaps not to as high as $5.0150, he said.

Also, Russian President Vladimir Putin could try to inflict more pain on the West by curbing crude, Kloza said, which would send gas prices higher again. Brent crude oil, the international benchmark, traded around $95 a barrel on Friday and West Texas Intermediate crude, the US benchmark, fetched about $88.80 a barrel. The benchmarks lost ground for the week but were still up by roughly 18% and 22%, respectively, year-to-date.

Gas prices started to spike up after Putin launched a war against Ukraine in late February. The average US price was $3.60 on March 1, said McKinley. Gas prices will eventually return to pre-war levels, he said.

“Will that happen in the near term? Look, if it does, it’s bad news. If prices fall back to $2.50 or even $3 very quickly … it’s a sure sign that we’ve got some significant economic problems that we’re either experiencing or that are on the horizon,” McKinley said.