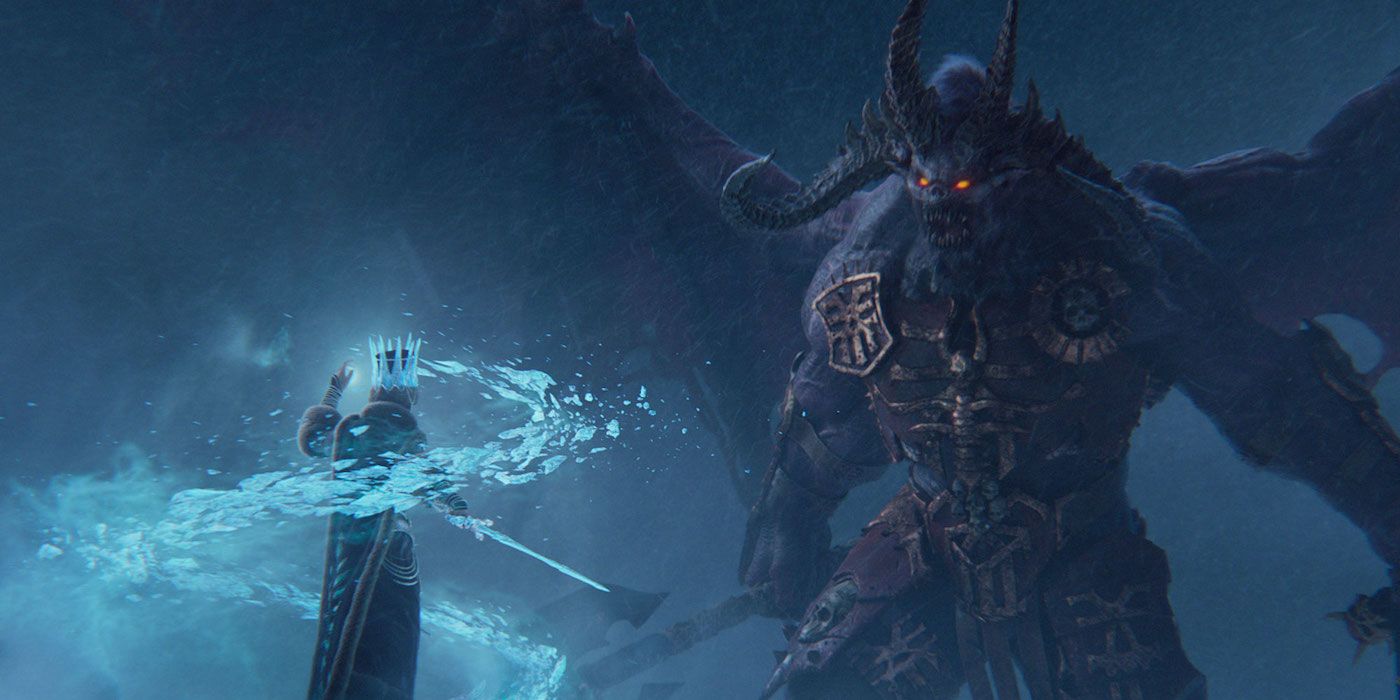 The delay will apparently lead to “a new era for ‘Total War: Warhammer.’”

After being expected to release this year, Creative Assembly has announced that their upcoming strategy game Total War: Warhammer III is being delayed to 2022. Announced via the official Total War Twitter account, the tweet read “We know this is disappointing, but the extra time means we can accomplish more than we could if we rushed to release this year.”

Chief Product Officer Rob Bartholomew provided a statement with the tweet announcing the delay. “With nearly a decade of development on the Total War: Warhammer trilogy behind us it feels surreal to see its culminating chapter so close to release. While it is tempting to rush to the finish line as it comes into view, we have made the decision to give it a little more time by moving the launch of Total War: Warhammer III from 2021 to early 2022.” Bartholomew went on to say that “the wait won’t be much longer, and we’ll have plenty of new information for you in the meantime. The new date will make for a stronger release and the best first step into a new era for Total War: Warhammer. We don’t consider this release the end of our trilogy, but the start of years of content and support as we continue to bring the jaw-dropping scale of Games Workshop’s fantasy universe to Total War.”

Along with the announcement of the delay, Creative Assembly confirmed that the showcase for the Grand Cathay faction will still be held on September 14 as originally scheduled. This faction is described as a “mysterious and majestic empire” and “a land of harmony, of great celestial cities and dragons, and of one of the most powerful armies in the world.” With this new faction, a new look at siege battles and the Realms of Chaos will also be present at the showcase.

Total War: Warhammer III joins the likes of Horizon Forbidden West and GhostWire: Tokyo in being delayed until early next year. The early months of 2022 have slowly been getting stacked with a number of high profile titles such as the previously mentioned Horizon (February 28), as well as Elden Ring (January 21), Pokemon Legends Arceus, (January 28), Destiny 2: The Witch Queen (February 22), and S.T.A.L.K.E.R 2: Heart of Chernobyl (April 28).

While it does not have a release date, Total War: Warhammer III will release in early 2022 on PC via Steam and the Epic Game Store. Read the tweet announcing the delay down below.

Experience his story on October 29.

Matt Villei is a Freelance Writer currently working in Gaming News for Collider. Having a deep appreciation for the games, films, and books that he experienced growing up, Matt wanted to learn the inner workings of how these pieces of media were made. He graduated from Hofstra University with a Film Studies degree and a Creative Writing minor with the hope of one day making a game like the ones he grew up playing. When not writing, he plays some games, watches some professional wrestling, and spends some time with his two Golden Retrievers.

The post Warhammer 3 Delayed Until 2022 appeared first on TechCodex.