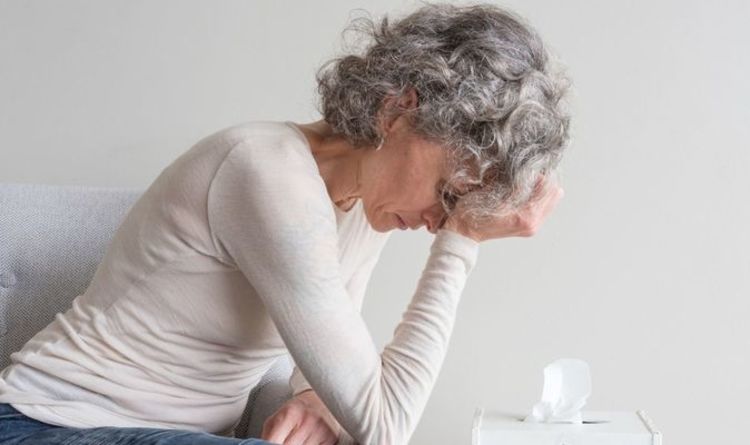 Age changes to the state pension were implemented in the nineties, following the introduction of the DWP’s new state pension act. As result of this act, the state pension ages for women born in the 1950s were raised from 60 to 65 – and subsequently 66 – in order to equalise it with men. This decision proved to be controversial as many of the impacted women came out and said they had not been adequately informed of the change and how it would affect their livelihoods.

Organisations, such as the WASPI campaign, have arisen as a response to these concerns from women born in the 1950s which is calling for the Government to address the issue.

Recently, the Parliamentary and Health Service Ombudsman (PHSO) ruled there were multiple “failings” in how the DWP communicated the changes to affected women.

Ms Gibson is calling for further support for women who are not receiving the payment they deserve and is pushing for an investigation into what is causing the delays.

The SNP MP’s intervention comes as pensioner poverty has recently risen to a 15-year high of 18 percent, according to Government figures.

This means that 2.1million pensioners are living in poverty in the UK with the state pension being their primary source of income.

In a statement, Ms Gibson said: “It is deeply concerning that new pensioners are facing unacceptable delays in vital support from the Department for Work and Pensions, particularly as pensioner poverty continues to rise under this Westminster Tory government.

“It is particularly upsetting for those WASPI women who, after being forced to wait six years to get the pension to which they are entitled, finally reach the new state pension age, only to find that poor service from the DWP has left them in limbo as they face unacceptable delays to receiving their rightful pension payments upon which they rely.

“Despite raising these issues on behalf of individuals, I have found the DWP uncooperative and lax in addressing these serious concerns.

“The UK government must urgently investigate the delays experienced by new pensioners and take all necessary action to ensure that State Pension payments are made in a timeous manner.”

On top of this statement, the parliamentary representative for North Ayrshire and Arran wrote to DWP Secretary of State Thérèse Coffey outlining the concerns of her constituents.

In her letter, Ms Gibson wrote: “I have been contacted by a number of constituents who face delays in receiving their state pension.

“These unacceptable delays are causing hardship and distress, and I cannot help but wonder if this is a systemic problem.

“My constituents applied for their state pensions months in advance of reaching retirement age, and were informed by the DWP that they would soon receive a statement outlining their pension entitlement and payments.

She added: “I have contacted the DWP only to find it to be lax in addressing the concerns raised, with correspondence simply not answered and/or not within a reasonable time frame.

“As you will appreciate, these lengthy delays are deeply worrying for the affected constituents, who rely on state pension support.

“I ask that you therefore urgently investigate and address the delays in delivering pension statements and this essential financial support to those who have reached retirement age and that you use your good offices to ensure that all necessary action is taken.”

Growing concerns over changes to the state pension age come as reports circle around that Chancellor Rishi is preparing to scrap the triple lock protection on state pension pots.

A promise made by the Coalition Government in 2010, the triple lock is a pledge to increase it by whichever is greatest: average earnings growth, 2.5 percent or inflation.

Speaking to Express.co.uk, a DWP spokesperson said: “We are sorry that some new State Pension customers have faced delays receiving payment.

“All those affected have been identified and we have deployed extra resources to process these as a priority. Any claims made today should not be subject to delay.”

The department also noted that they have identified all of the cases affected by the delays and have deployed extra resources to process these payment claims.