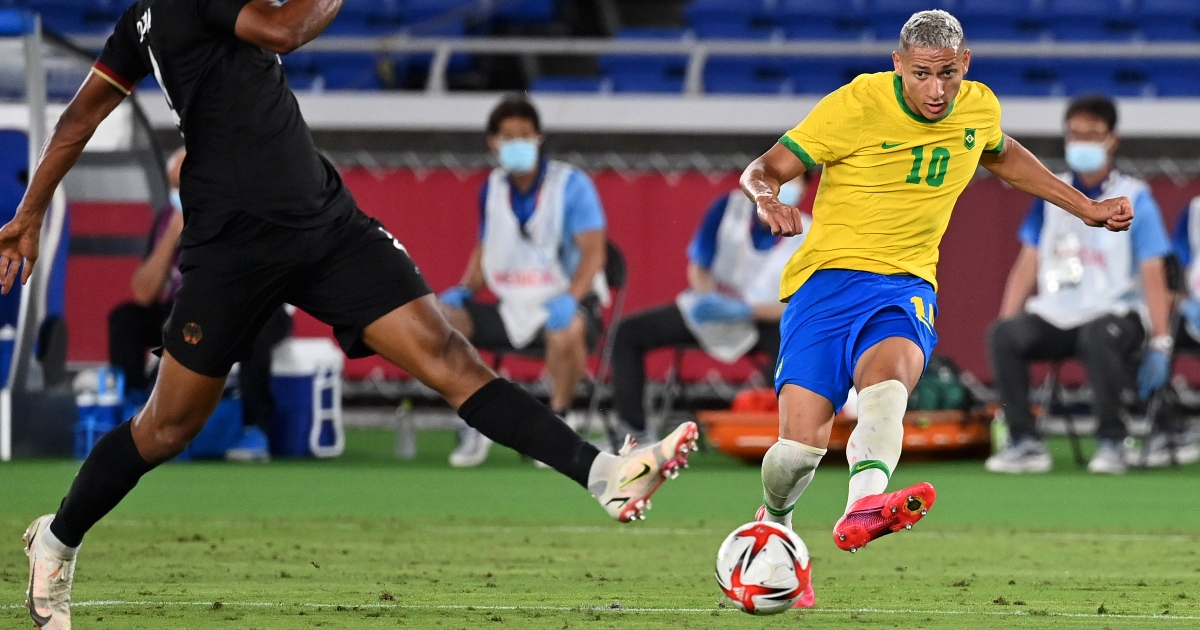 Brazil’s Olympic campaign got off to the perfect start on Thursday as they brushed Germany aside in group D, thanks to Everton’s Richarlison scoring a hat-trick inside the first 30 minutes.

After the disappointment of losing in the Copa America final to Argentina, Selecao arrived in Japan with a point to prove, winning 4-2 in Yokohama.

Five years ago, Neymar scored the winning penalty against the Germans to hand Brazil their first gold medal at the Games, going a small way to avenging the humiliation of two years earlier.

With no Neymar in their ranks this time around, Richarlison appears to be taking on the title of talisman. The game was just seven minutes old when he broke the deadlock, firing past Florian Muller at the second attempt.

Twenty-three minutes later, the Everton man had secured the match ball, thundering a header home for his second goal and curling a beautiful shot past Muller for his third. Nadiem Amiri and Ragnar Ache gave Brazil a scare in the second half, but Paulinho came off the bench to make the points safe in injury time.

Everton fans will no doubt be praying he can keep this form rolling into the new season.