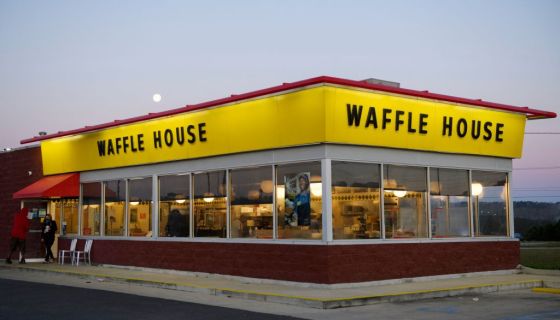 A woman working at a local Waffle House was terminated when it was revealed she was getting high on meth on the clock.

Source: PATRICK T. FALLON / GettyIf you are on the east coast or even visited before, you know how special Waffle House can be and how magical of a place it really is. Sometimes, you don’t realize how special it is until you live in a city that doesn’t have one. It’s the go-to late night food place that brings people together in a weird but amazing way.

Any video that goes viral on social media from Waffle House is usually complete strangers having the time of their lives. For that reason, the employees get a pass in the food industry that no other restaurant could. The running joke on social media is if the cook isn’t outside smoking when you arrive. the food won’t be any good.

Now, WGNO is reporting that one employee has been fired after she wasn’t outside smoking–but in the bathroom smoking more than a cigarette.

On Saturday, July 10 at 4 am, officers with the Monroe Police Department’s HEAT team were advised that a waitress at the Waffle House on North 18th Street was getting high in the restroom. Per the arrest report, officers encountered 31-year-old Candace Townsend after she exited the men’s restroom. As officers began questioning Townsend, she advised she was only using the restroom and attempted to walk away.

When officers began investigating the restroom she had exited, Townsend ran back into the restroom, and grabbed a pink and white bag on the counter and attempted to hide it behind her back. Eventually, Townsend admitted during questioning that she was smoking meth in the restroom, she also admitted to having meth and marijuana in the bag.

Whoever called the police on her broke the Waffle House rules of “we let the cooks do them and we just take the food and eat it.” Seeing the police enter that restaurant had to ruin everyone’s drunken night and make them sober up immediately. Hopefully, the waitress gets the help she needs and can get clean and return to work.