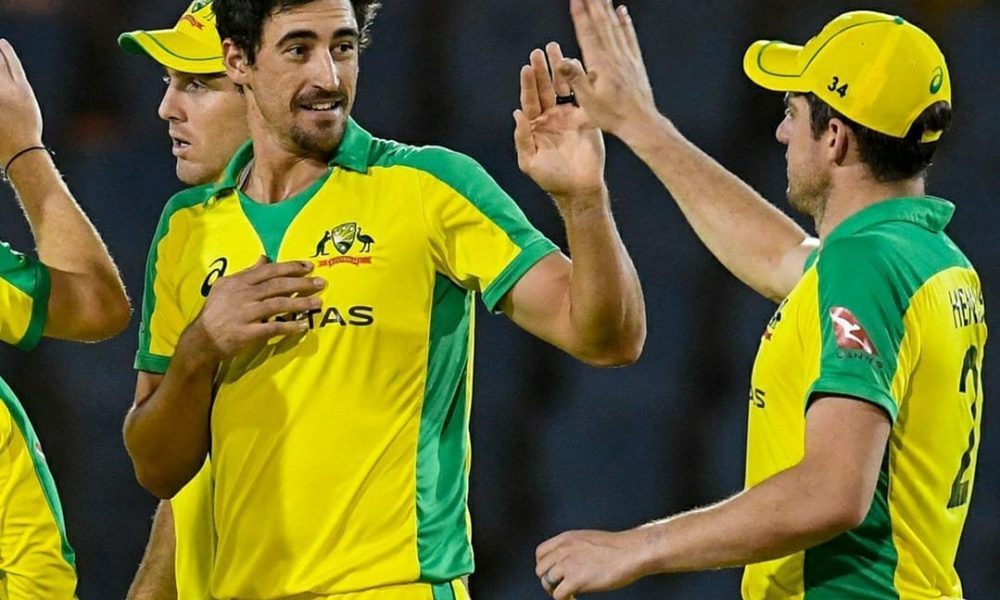 Mitchell Starc (5-48) ran through West Indies to skittle them out for 123 after Australia rode on Alex Carey’s 67 to post 252/9 in the first ODI at Kensington Oval.

Starc got the better of Evin Lewis on the first ball of the innings. Five balls later, he hit Jason Mohammed through the gate. Hazlewood was equally impressive at the other end, picking up all three wickets in the opening spell itself.

Nicholas Pooran became the third victim of Starc, getting out for a duck. Hazlewood then had Jason Holder caught by Adam Zampa, as the hosts skidded to 27/6.

It was Kieron Pollard’s innings that saved the home side from embarrassment. Had it not been for his 56, they might have bundled out inside 100 runs. Alzarri Joseph (17) and Hayden Walsh (20) too chipped in with valuable contributions.

Earlier, Josh Philippe and Ben McDermott provided a decent start to Australia, adding 51 before the former was undone by Akeal Hosein. Mitchell Marsh looked in rhythm, bringing up three boundaries inside the first 20 balls. But he ended up edging to Pooran for 20.

Stand-in captain Alex Carey and Ashton Turner added 104 runs for the fifth wicket. Carey played cautiously, taking 87 balls for his 67, while Turner made 49 off 45, hitting two fours and as many sixes. Both of them were undone by Hayden Walsh.

Walsh completed his five-for by removing Wes Agar in the penultimate over. Akeal Hosein and Alzarri Joseph picked up two wickets each.