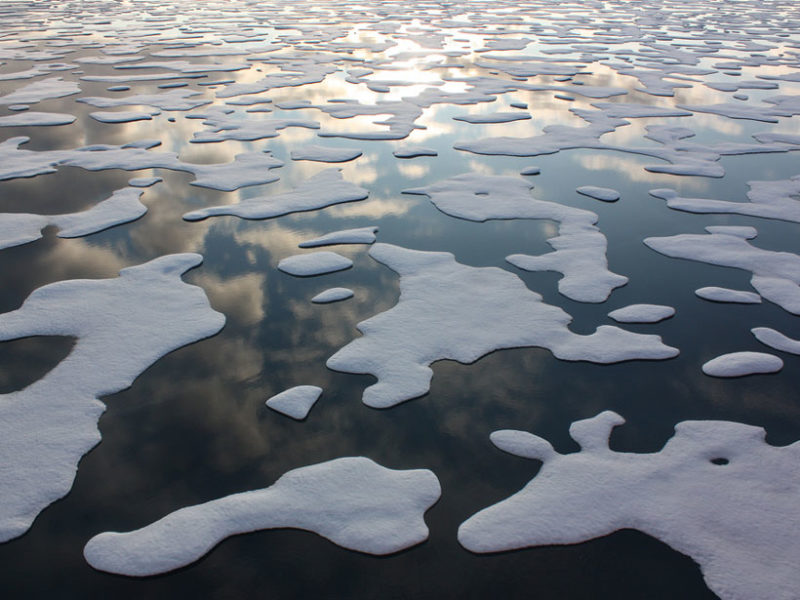 Robbie Mallett often thinks about the first time he stood on old sea ice in the Arctic.

“It’s like a landscape,” he said. “It’s got ridges and landforms almost. It’s just an amazing place. And I think it’s a really sad thing that we’re basically losing a whole place.”

Mallett is a Ph.D. student and sea ice researcher at University College London. His most recent research accentuates how the loss of this sea ice landscape could accelerate because of one unique characteristic: It can float away.

In a new paper published in Communications Earth and Environment, Mallett and other researchers describe how powerful winds during the winter of 2020–2021 blew a vast amount of sea ice south into warmer waters, putting it at risk of melting over the summer.

“It almost wasn’t appropriate to call it the ‘Beaufort Sea high’ at all. It was just this huge, sprawling, high-pressure system that dominated the whole Arctic Ocean.”The investigation started after Mallett received an interesting email from his graduate adviser, Julienne Stroeve. She told him that an area of high pressure over the Beaufort Sea near the north coast of Alaska (the Beaufort Sea high) was unusually strong.

“It almost wasn’t appropriate to call it the ‘Beaufort Sea high’ at all,” Mallett said. “It was just this huge, sprawling, high-pressure system that dominated the whole Arctic Ocean.”

The location and strength of the Beaufort Sea high, associated with a sudden warming in the stratosphere on 5 January 2020, generated record-breaking surface winds that persistently swirled around the center of the Arctic Ocean. Mallett wanted to investigate how much older sea ice was at the whim of these winds. 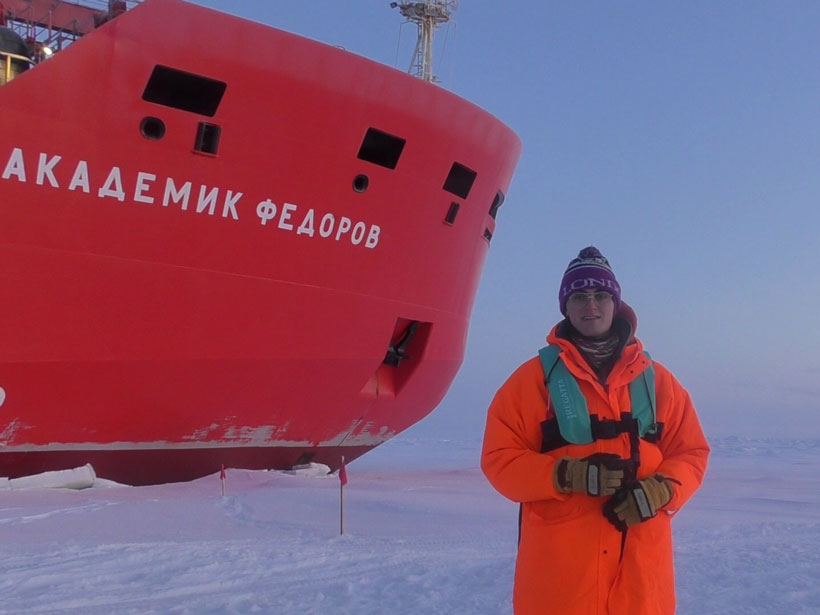 Scientists are particularly interested in older sea ice, called perennial sea ice, that has lasted through at least one melt season. Perennial ice is thicker, so it has a better chance of surviving the summer months when its cooling properties are most crucial. “It shows up when you need it,” Mallett said.

The researchers used a series of satellite images in the microwave spectrum to track the ice flow over months. They also used data from the European Space Agency’s satellite CryoSat radar altimeter, which bounces pulses off the ice’s surface to determine its age based on how thick it is. “When you combine that with how the ice is moving, you can see what the old ice is getting up to,” said Mallett.

The winds associated with the strong Beaufort Sea high blew ice westward from the north of Greenland toward Alaska. The winds flushed first-year ice out of the Beaufort Sea, replacing it with old ice from the Arctic. By the end of the winter, nearly a quarter of all the perennial sea ice in the Arctic Ocean was in the Beaufort Sea, which is not a hospitable place for sea ice to spend the summer.

“It’s in a dangerous place,” Mallett said. “It’s in a place that is just much warmer, both in the air and water temperature.”

Thinner ice in the Arctic is associated with the warming climate, and although the researchers did not attribute the events of last winter to climate change, Kent Moore, a University of Toronto atmospheric physicist, expects that thinner ice is generally a factor in ice transport. “Thinner ice is more mobile,” said Moore, who was not involved in the new research.

Moore is curious whether the ice tracked in 2020 was as mobile in other years when the Beaufort Sea high was extreme or the outcome was the consequence of thinner ice. If thinner ice were to blame, we might expect more ice to be blown around in the future.

“The last ice area may not be as resilient to climate change as we think.”Thinning ice appears to be affecting a stretch of the Arctic Ocean known as the last ice area, which scientists predicted will retain ice even after other regions become ice free in the summer. Last summer, ice blew out of the last ice area, and Mallett and colleagues also found that ice left the region last winter, although Mallett said it’s hard to know exactly how much.

“The last ice area may not be as resilient to climate change as we think,” Moore said.

For now, though, it’s not all bad news in the Beaufort Sea. New satellite data came out in early August, and Mallett said a lot of the ice is still intact.

“It’s surprised me how tough that ice has been in the Beaufort Sea,” Mallett said. “All we can do is wait for the next data release.”